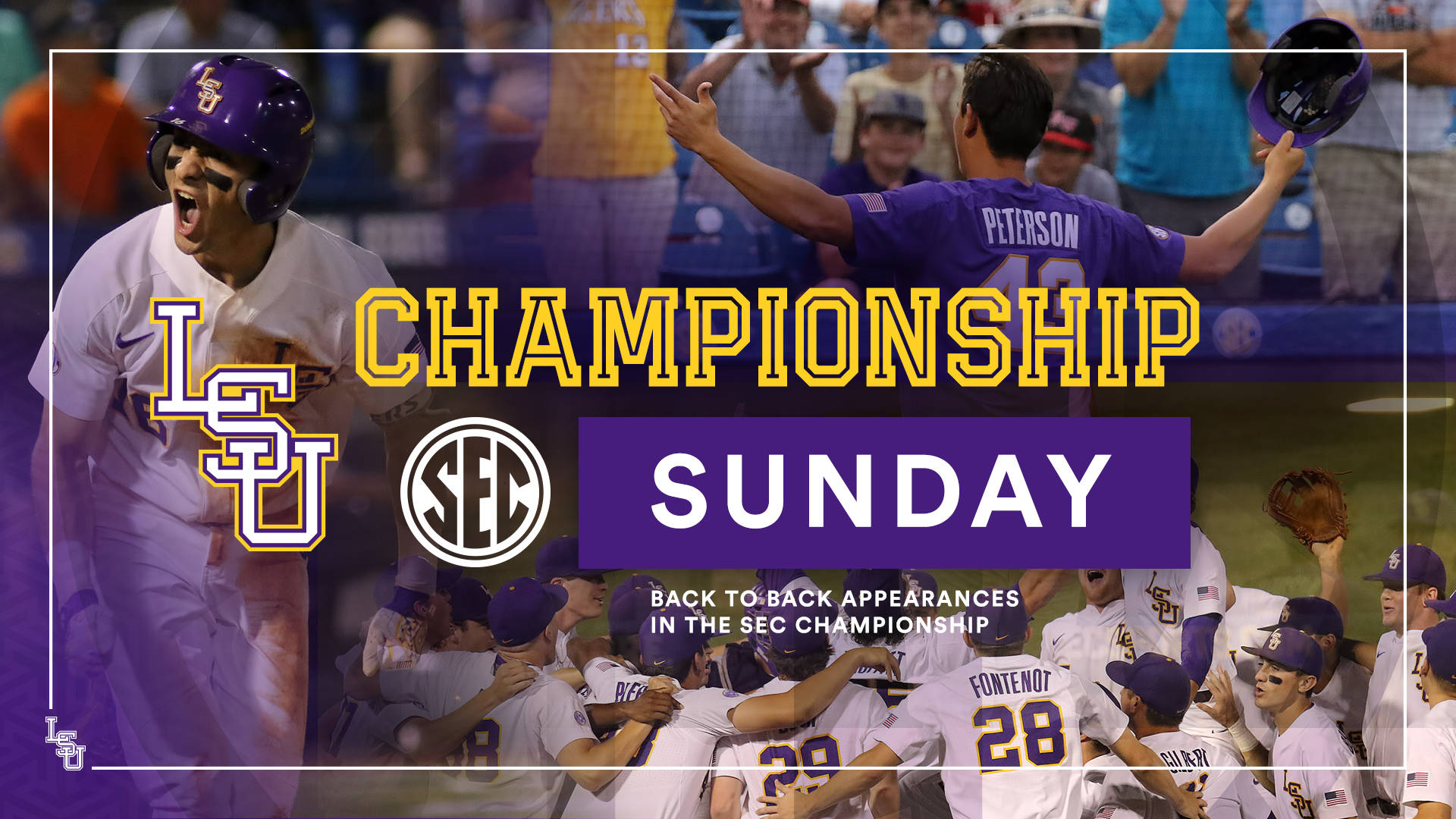 HOOVER, Ala. – LSU sophomore right-hander Zack Hess limited Arkansas to one run in seven innings on Saturday as the Tigers advanced to the SEC Tournament championship game with a 2-1 win over the Razorbacks at Hoover Metropolitan Stadium.

LSU improved to 37-24 on the year and will attempt on Sunday to win its 13th SEC Tournament title and its seventh in the past 11 seasons. The Tigers will face Ole Miss (45-15) at 2 p.m. CT Sunday for the tournament championship.

Sunday’s game will be televised on ESPN2, and it can be heard free at www.LSUsports.net/live and on affiliates of the LSU Sports Radio Network.

Arkansas, which lost to LSU for the third time in four games this season, dropped to 39-18 with Saturday’s setback.

The Tigers earned the win over Arkansas – the nation’s second-ranked team in RPI – after completing an 11-0 win over top-ranked Florida on Saturday morning. The LSU-Florida game began on Friday night and was suspended until Saturday morning due to heavy fog.

“I think it was a thrilling victory for us today,” said LSU coach Paul Mainieri. “We got a win against the No. 1 and 2 RPI teams in the country, in the same day. It was a pretty exciting day for the Tigers.”

Hess (7-5) allowed just one run on one hit in seven innings with two walks and seven strikeouts. He fired 97 pitches, including 23 before the game was halted for one hour, 26 minutes due to rain. Hess returned to the mound after the rain delay and gave up only a solo home run by Arkansas first baseman Jared Gates before reliever Nick Bush was inserted to start the eighth inning.

Bush earned his second save of the season, working two scoreless innings while allowing two hits with no walks and one strikeout.

“It’s been a year of ups and downs, and we’ve had our backs against the wall a lot this season,” said Hess. “Coming into this tournament, we were trying to play for our hopes of the postseason. After we got a second victory, we felt like we really solidified ourselves. Anything we get from here on out is icing on the cake.

“It’s a testament to Coach Mainieri because he always seems to get the most out of his team. Year in and year out, something special happens for LSU.”

LSU trailed 1-0 in the top of the sixth inning when second baseman Brandt Broussard led off with an infield single against Arkansas starting pitcher Isaiah Campbell. Centerfielder Zach Watson followed with a two-run homer, his sixth dinger of the season.

Campbell (4-6) was charged with the loss as he surrendered two runs on four hits in five innings with one walk and seven strikeouts.