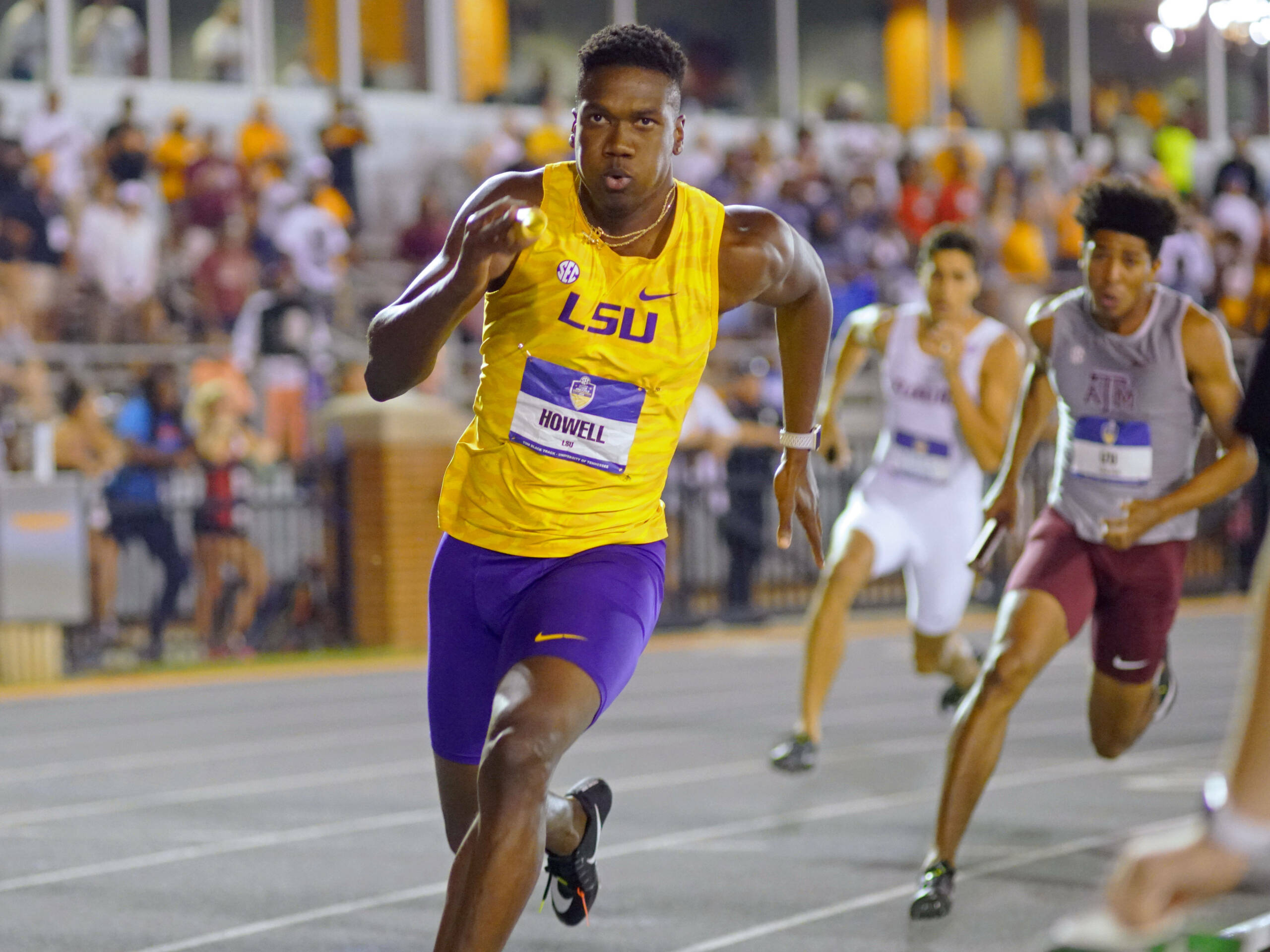 Tampa, Fla. – The LSU track and field program capped off a successful NCAA East Preliminaries by advancing a total of 15 individuals to the NCAA Championships that will take place in two weeks in Eugene, Ore. On the relay circuit, LSU advanced both women’s and men’s 4×100 and 4×400 meter relays to Oregon as well.

Closing out the three-day qualifying meet, five more Tigers earned berths in their respective events, while Mikiah Brisco (200 meter dash) and JuVaughn Blake (high jump) qualified for their second event of the meet. Brisco had a busy Saturday running twice with an hour and a half of rest. She, along with Kortnei Johnson, Rachel Misher and Aleia Hobbs, started things off with a qualifying time of 42.42 in the 4×100 meter relay. The time for the collegiate record holders was the 10th fastest in NCAA history. The top time ever was clocked by the same foursome two weeks ago in Knoxville, Tenn., at the SEC Championships in 42.05. With the 42.42, LSU now owns five of the 10 fastest 4×100 meter relay times in NCAA history, all of which have been run in the last two years.

Ninety minutes following the 4×100 meter relay, Brisco and Johnson returned to the track looking for qualifying times in the 200 meter dash. Both Johnson (22.56) and Bricso (22.59) collected personal bests on their way to punching tickets to Eugene. The time of 22.56 from Johnson was the 10th fastest in program history while Brisco’s 22.59 ranks No. 11.

On the men’s side, Jaron Flournoy, Correion Mosby and Renard Howell were absolutely workhorses lacing up the spikes three times throughout the day. To kick things off, Flournoy, Howell and Mosby teamed up with Kary Vincent Jr. in the 4×100 meter relay to clock a qualifying time of 39.16. Pulling the same double as Brisco and Johnson, Flournoy (20.37) and Howell (20.61) ran in the fastest 200 meter dash quarterfinal of the day and prevailed as qualifiers to Eugene in the event.

Two days after exceeding his seed and qualifying in the long jump, the freshman from Huntsville, Ala., cleared 2.11 meters (6 feet, 11 inches) in the midst of torrential downpours to lock up a spot in the ever-competitive high jump. In the sprint hurdles, Damion Thomas (13.73 – 110 meter hurdles – men) and Tonea Marshall (13.21 – 100 meter hurdles – women) came out on the right side of the qualifying list in their respective events. The trip to Eugene will be a first for the freshman Thomas.

LSU closed out the day with two solid qualifying times in the 4×400 meter relays. The men’s crew of Jahnoy Thompson, Flournoy, Howell and Mosby clocked a 3:06.26 to register the top time at the 2018 NCAA East Preliminaries, and the women’s foursome of Misher, Cassondra Hall, Brittley Humphrey and Kymber Payne ran a 3:33.68 to advance to Eugene.

All in all, LSU has a total of 15 individuals slated to compete in 17 events at the NCAA Championships (June 6-9) in Eugene.