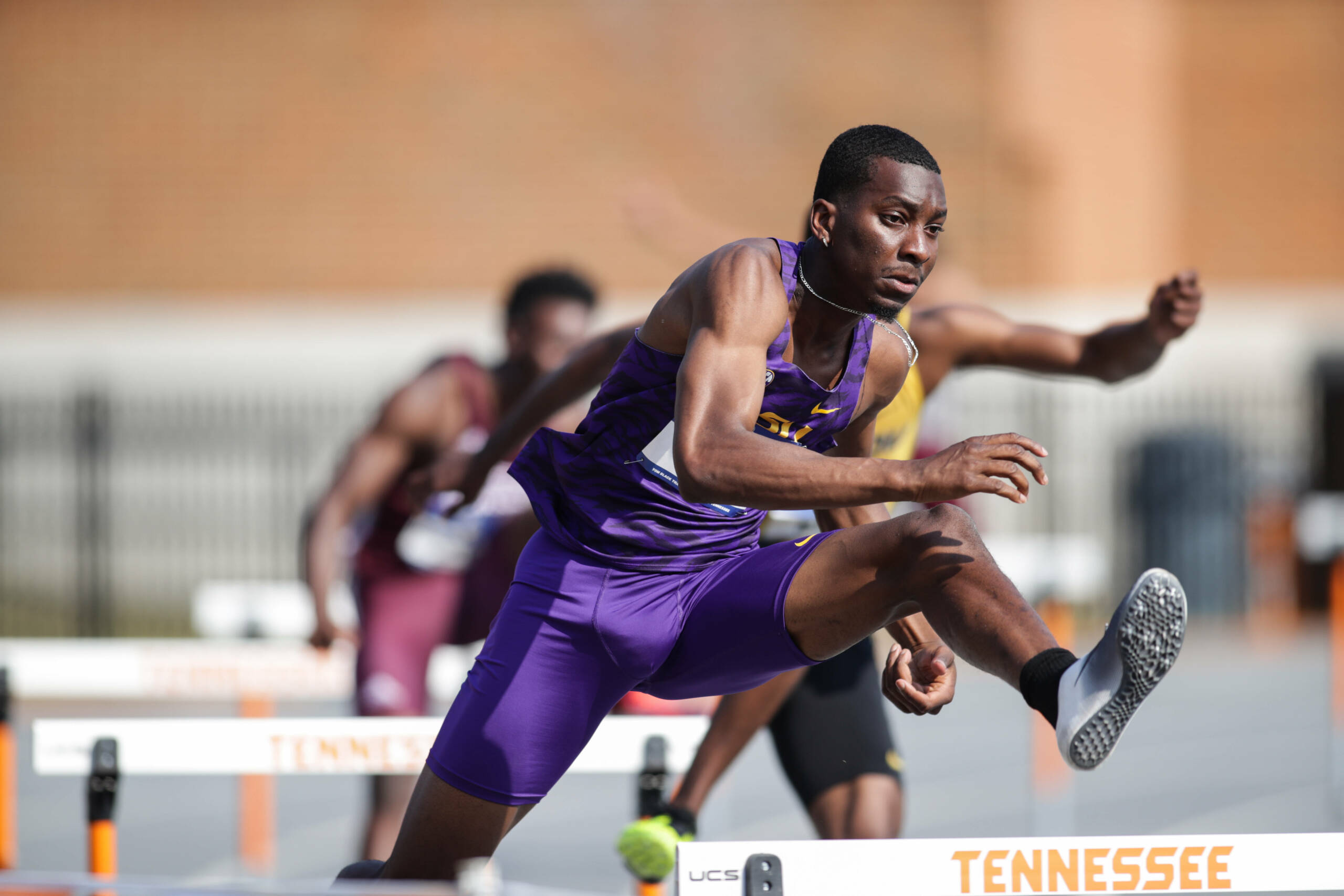 Leading a hungry group of women’s 100 meter dashers, Hobbs advanced to the NCAA Championships with a meet and facility record of 10.90 seconds that she lowered from a day ago when she set both previous standards with a 10.98 in the first round on Thursday. The time serves as the second fastest in the world in 2018, the third-fastest wind-legal time in NCAA history and a wind-legal season best for the New Orleans native. What made the run even more impressive was Hobbs having to deal with her hip number being stuck on her hand the whole race.

Joining Hobbs in Eugene in the 100 meter dash will be the reigning NCAA 100 meter dash champion, Mikiah Brisco, and Cassondra Hall. Brisco and Hall were paired together in the second of two heats. Brisco placed first in the heat with a time of 11.05 and Hall took fifth in the fastest heat of the day and scooped up the final qualifying spot of the day with a time of 11.23.

A pair of quarter mile hurdlers earned trips to Oregon with amazing showings. Juco transfer and 2016 NJCAA bronze medalist Christian Boyd clocked the best time of his career with a readout of 50.38 in his heat to place third and auto-advance to Eugene. The time of 50.31 is the eighth-fastest in LSU history. On the women’s side, Kymber Payne punched the third ticket of her career to Oregon with the No. 2 qualifying time from the NCAA East Preliminaries with a season-best readout of 55.86. Rachel Misher was the sixth Tiger of the day to secure a spot at the national meet in two weeks. The junior sprinter circled the track once with a readout of 51.98 to easily advance.

In addition to the six advancers to the final site in Eugene, LSU had 12 additional athletes move onto Saturday’s quarterfinal round with a spot in Eugene on the line. LSU entered nine athletes (five men, four women) in the first round of the 200 meter dash and all nine of them advanced to Saturday. Jahnoy Thompson (20.39) and Akanni Hislop (20.39) used personal bests to advance for the men; Renard Howell clocked a season best of 20.43, Correion Mosby clocked a season best of 20.52 and Jaron Flournoy moved on with a time of 20.34. The women that advanced from the 200 meter dash are Kortnei Johnson (22.62), Cassondra Hall (22.64/season best), Mikiah Brisco (22.70/personal best) and Zakiya Denoon (22.96/personal best).

In the sprint hurdles, Damion Thomas registered a windy time of 13.87 in the 110 meter hurdles to advance to Saturday’s quarters, while Tonea Marshall (13.21) and Brittley Humphrey (13.24) advanced in the 100 meter hurdles. The third and final day of the NCAA East Preliminaries will begin for LSU on Saturday at 11:30 a.m. CT with the 4×100 meter relays and a live stream of the meet can be found on FloTrack (subscription required). Entries, seeds, meet schedule and live results for the prelims can be found at ncaa.com.