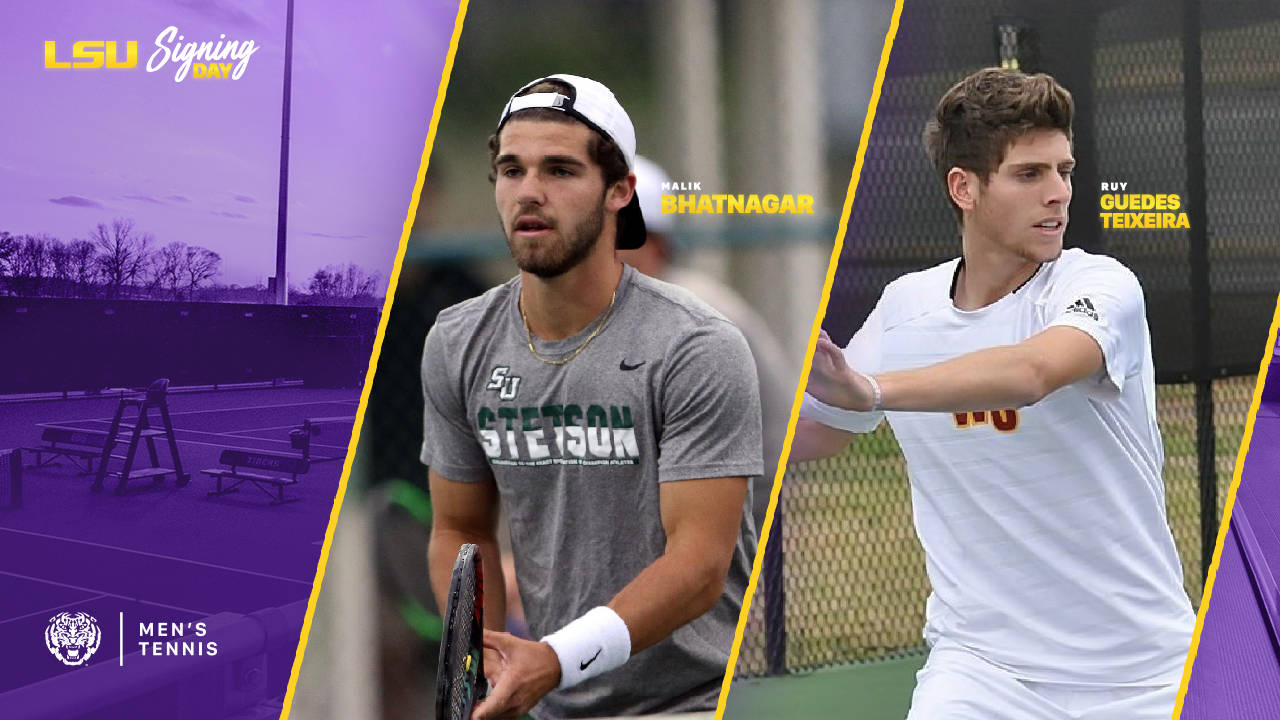 With the two transfers and the No. 21 freshman class by tennisrecruiting.net, which comprises of signees Boris Kozlov and Daniel Moreno, the Tigers will have four new additions and five letterwinners returning next season.

Bhatnagar comes to LSU from Stetson where he played his freshman season mainly on the top court. The Ottawa, Canada, native compiled an 18-3 overall record, including 13 wins on court one in dual play. In doubles, he was a court two mainstay and had a 13-4 record.

“Malik proved himself nationally this year with some very impressive wins in both singles and doubles,” co-head coach Chris Brandi said. “He’s a winner, a great student, and a leader. He’s a fantastic athlete with an all-court game and a blue-collar attitude who competes with a chip on his shoulder.”

He was ranked as high a 102 in the ITA singles rankings during the 2018 season. Bhatnagar was named the ASUN Freshman of the Year, garnered first-team all-conference honors and was selected to the all-freshman team.

Bhatnagar won a pair of gold medals at the 2017 Canada Summer Games and is currently has a Universal Tennis Rating of 13.45.

Teixeira played his first three seasons at Winthrop. The Sao Paulo, Brazil, native compiled a 22-22 overall record during his time at Winthrop. However, due to a shoulder injury, he only played in two dual matches during the 2017-18 season and will have two seasons of eligibility remaining.

Prior to his injury, Teixeira was the No. 2 singles player and manned the top doubles court for Winthrop.

“Ruy, like Malik, has improved tremendously over the past few years and wanted an opportunity to prove himself on a larger stage,” Chris Brandi said. “He’s a fantastic student in the classroom and really uses his intelligence on the court. Ruy wasn’t a top recruit out of high school, but his work-ethic has allowed him to catch up with players who had a bit more experience. He’s coming back from shoulder surgery, so he will take things slowly on the front end to get healthy.”

He is currently listed with a Universal Tennis rating of 13.17 and has been ranked as high as No. 42 in the 2018 ITA doubles rankings.