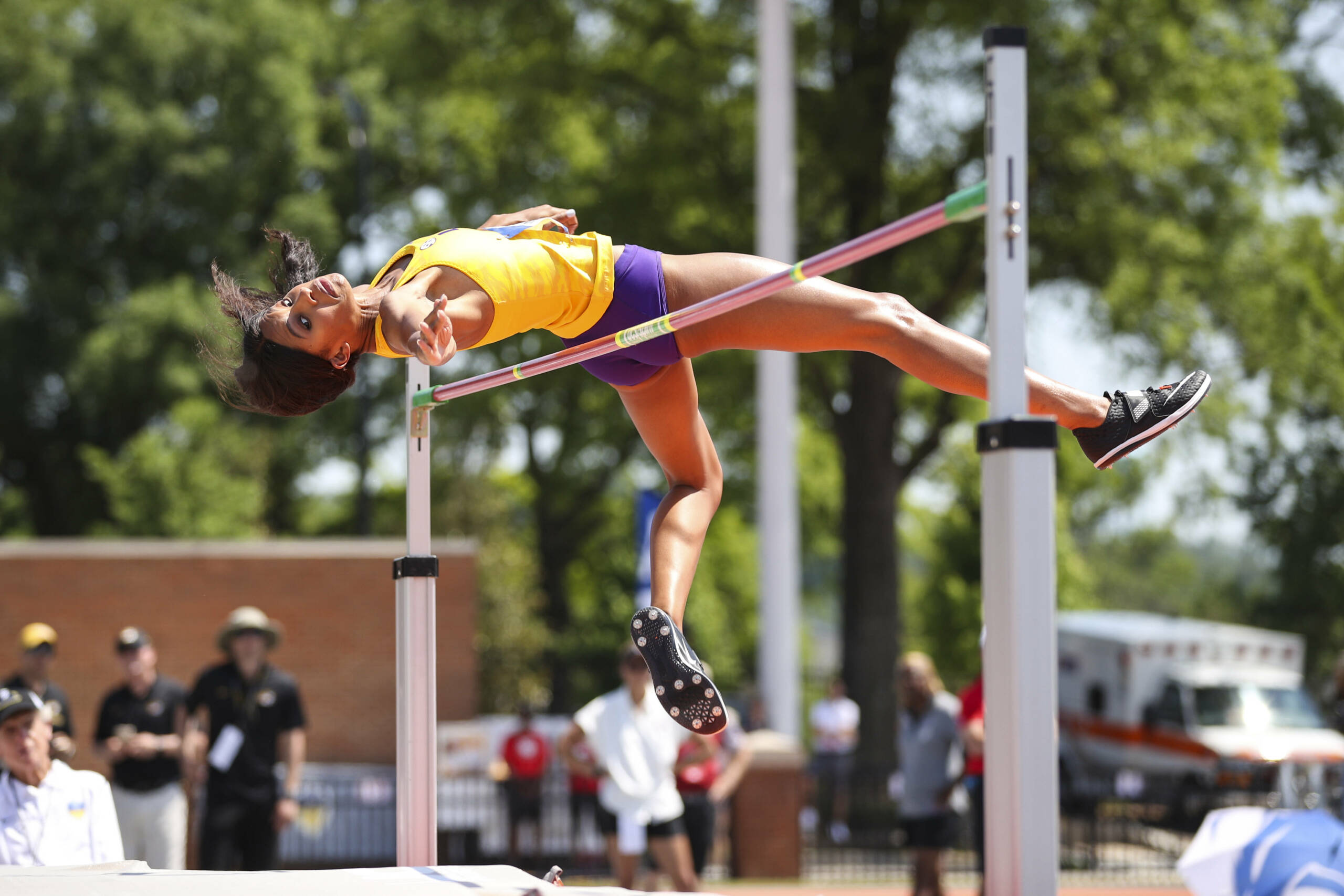 Norris got things going for the Tigers in the first event of the day with a hammer throw of 68.28 meters (224-0) on his second attempt of the day to finish ninth overall. Walker secured her first-career trip to Eugene with a clearance of 1.80 meters (5-10.75) in the high jump. After the first 11 athletes in the high jump had safely secured their trips to the NCAA Championships with clearances of 1.80 meters, Walker, along with four other jumpers, who had previously cleared 1.75 meters, were fighting for one last spot. Walker prevailed when she was the only athlete to clear the height of 1.80 meters on her first attempt during the jump off.

In the men’s long jump, the duo of Blake and Grey absolutely owned the sand pit on a warm afternoon in Tampa. Only getting three jumps, Blake registered his qualifying jump on his third and final attempt with a career best leap of 7.84 meters (25-8.75), and Grey notched his qualifying mark on his second attempt, a 7.76 meter (25-5.50) leap that is a collegiate best for the New York native.

The rest of day one was the Tigers purely attempting to advance to the quarterfinals in their respective events. The biggest advancement of the day came from the women’s 100 meter dashers, five of whom advanced to the quarterfinals. Aleia Hobbs (10.98) set an NCAA East Preliminaries record as well as breaking the facility record when she crossed the finish line as the only sub 11 second sprinter. Kortnei Johnson (11.10), Mikiah Brisco (11.16), Cassondra Hall (11.23) and Zakiya Denoon (11.30/personal best) all advanced to Friday’s quarterfinals as well.

LSU had four 400 meter hurdlers move on to the quarterfinals; Kymber Payne (56.90) won her heat to advance, and Brittley Humphrey (58.54) and Milan Young (58.63) used fast times to move on as well. On the men’s side, Christian Boyd clocked a time of 51.01 to take second place in his heat and advance to Friday’s quarterfinals.

Rachel Misher (51.74/400 meter dash) and Ersula Farrow (2:03.84/800 meter run) were the only other two Tigers to advance to the quarterfinals after day one. LSU will have 19 athletes in action on Friday. Fans can watch the whole meet live on FloTrack (subscription required). Entries, seeds, meet schedule and live results for the prelims can be found at ncaa.com.