Baseball Falls to UF in SEC Tournament Second Round 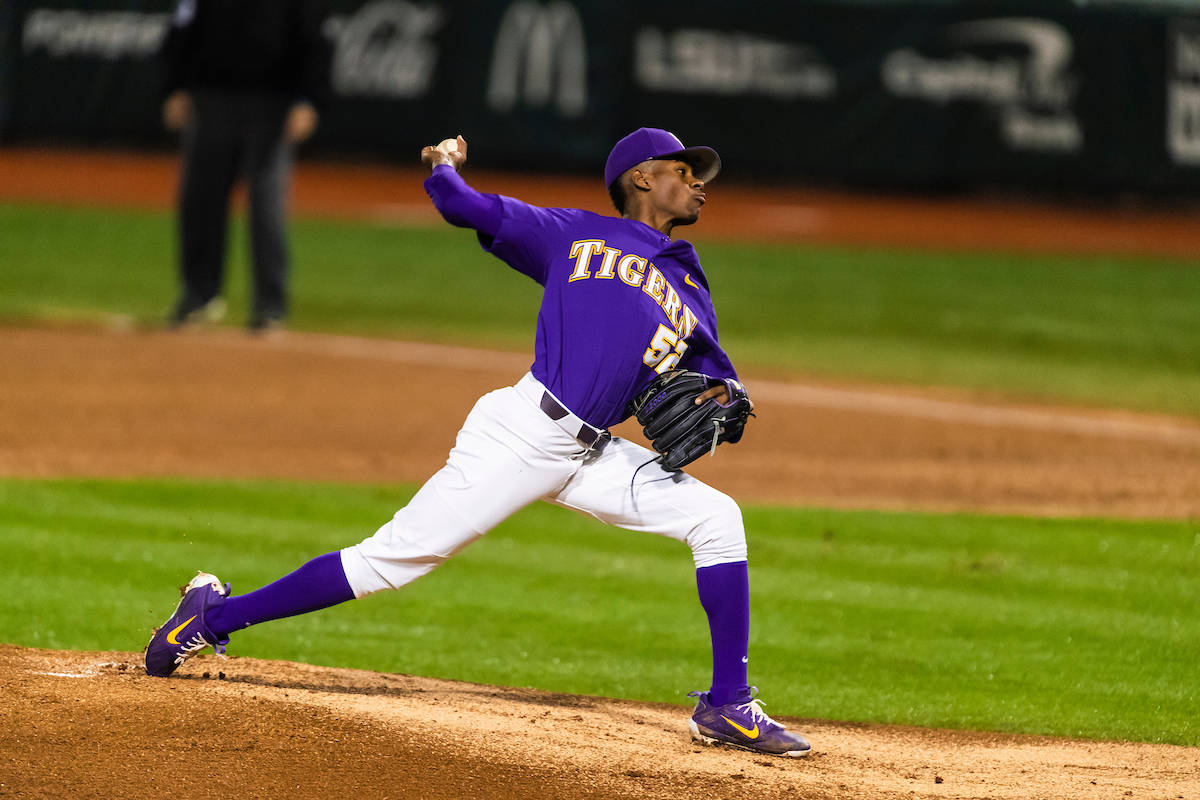 HOOVER, Ala. – Florida freshman right-hander Tommy Mace limited LSU to one earned run in seven innings Wednesday night as the Gators edged the Tigers, 4-3, in the second round of the SEC Tournament at Hoover Metropolitan Stadium.

Florida closer Michael Byrne blanked LSU over the final 1.2 innings to earn his 13th save of the season.

LSU freshman right-hander Ma’Khail Hilliard (9-5) was charged with the loss as he surrendered four runs on seven hits in 4.2 innings with three walks and four strikeouts.

LSU reliever Cam Sanders was brilliant in relief of Hilliard, firing 3.1 scoreless innings and limiting Florida to one hit with no walks and four strikeouts.

“Obviously, it was a tough loss,” said LSU coach Paul Mainieri. “Anytime you lose a close one like that, you look back on all the little things over the course of the game that could have made a difference. That game was full of them, that’s for sure. We competed hard in a lot of ways and just came up a little bit short today.”

LSU seized a 2-0 lead in the top of the second inning when designated hitter Beau Jordan reached on a throwing error by Florida second baseman Blake Reese and third baseman Jake Slaughter launched a two-run homer, his seventh dinger of the year.

The Tigers extended the lead in the third to 3-0 when rightfielder Antoine Duplantis reached on another Reese error, stole second base and scored on a single by leftfielder Daniel Cabrera.

Florida tied the game at 3-3 in the bottom of the third when shortstop Deacon Liput lined an RBI double, designated hitter Nelson Maldonado produced a run with a groundout and third baseman Jonathan India delivered a run-scoring single.

The Gators took the lead in the fifth against Hilliard on a two-out RBI single by leftfielder Austin Langworthy.

LSU had an opportunity to take the lead in the eighth when Slaughter smashed a Byrne pitch down the third base line with two outs and runners at second and third. India, however, made a brilliant diving stab of the hard grounder and threw out Slaughter at first base to end the inning.

“We had a chance,” Mainieri said. “If that kid doesn’t make that play, we might be talking about an exhilarating victory over a No. 1 team.”

LSU centerfielder Zach Watson blooped a two-out single in the ninth against Byrne, but the Florida reliever retired Duplantis on a fly ball to end the game.