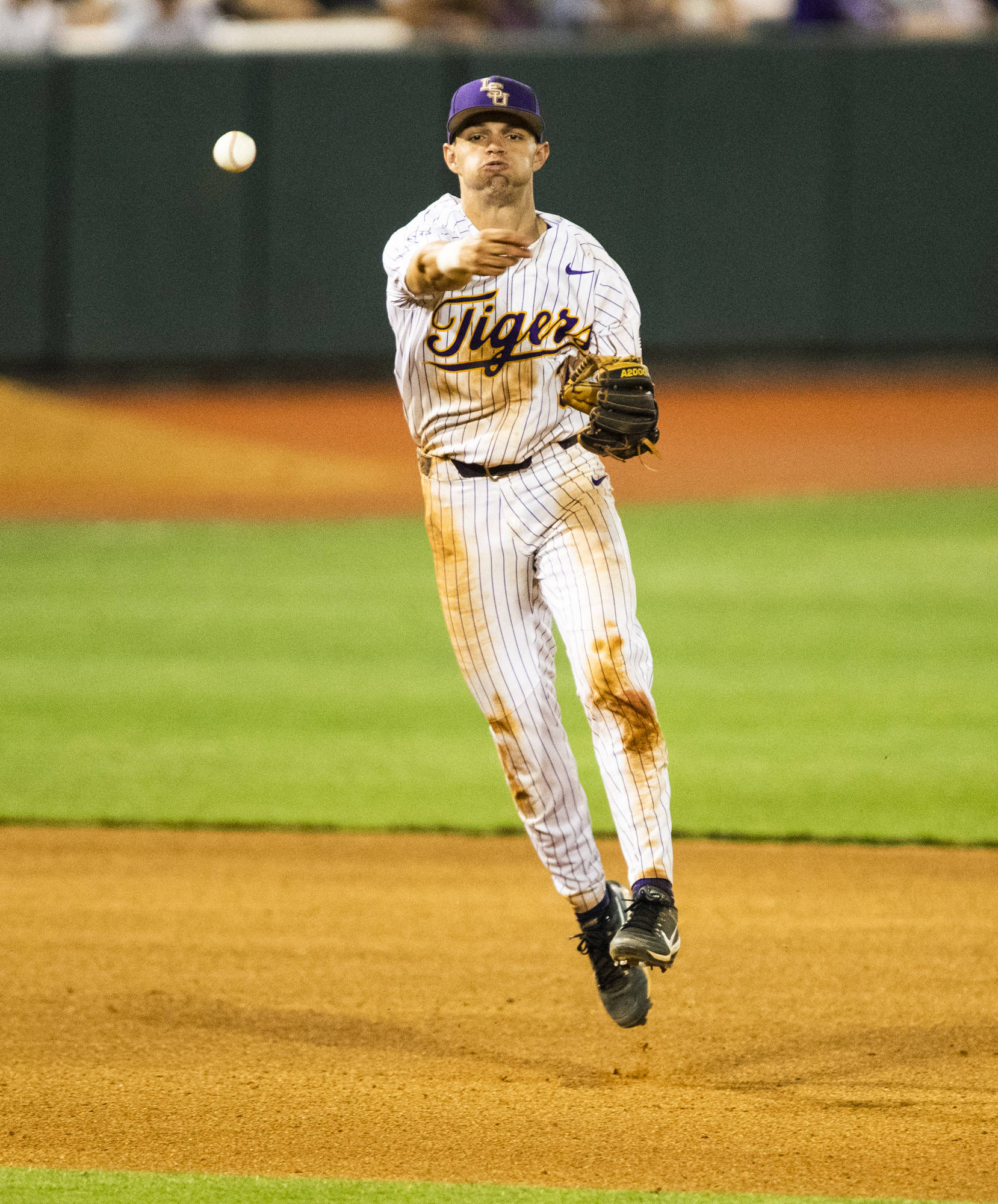 HOOVER, Ala. – LSU junior rightfielder Antoine Duplantis collected three hits and two RBI Tuesday night, and sophomore right-hander Todd Peterson fired two scoreless innings to earn his fifth save as the Tigers posted an 8-5 win over Mississippi State in the opening round of the SEC Tournament at Hoover Metropolitan Stadium.

“That was a very thrilling victory for our team,” said LSU coach Paul Mainieri. “It was a game that didn’t go all that well for us early. (MSU starting pitching Konnor) Pilkington was locked in. We had a tough time with him. We finally started getting to Pilkington and we started to get some big hits. Todd Peterson was just amazing. What a difference he has made for our team.

The Tigers trailed 4-2 in the bottom of the sixth inning when they scored two runs to tie the contest. Designated hitter Beau Jordan produced a sacrifice fly and second baseman Brandt Broussard smacked an RBI single to knot the game at 4-4.

LSU in the seventh inning seized its first lead of the game, scoring two runs when third baseman Jake Slaughter was hit by a pitch with the bases loaded and catcher Nick Coomes delivered a sacrifice fly.

Mississippi State narrowed the deficit to 6-5 in the eighth on three consecutive hits against reliever Austin Bain, who had moved from first base to the mound to start the inning. Peterson took over for Bain with no outs and runners at first and second, and he retired three straight MSU hitters to end the threat.

The Tigers added two runs in the bottom of the eighth when Duplantis belted a run-scoring triple and Bain ripped an RBI single.

Peterson pitched around two Mississippi State singles to record a scoreless ninth inning and pick up the save.

Freshman right-hander Devin Fontenot (2-0), the third of five LSU pitchers, was credited with the win after he pitched a scoreless seventh inning.

Mississippi State reliever JP France (4-4) was charged with the loss after he allowed three runs on four hits in 1.1 innings with no walks and one strikeout.

The Bulldogs grabbed a 2-0 lead in the top of the third inning against LSU starter Nick Bush when third baseman Justin Foscue lined a two-out, two-run double.

Mississippi State extended the margin to 3-0 in the fourth against reliever Zack Hess when first baseman Tanner Allen lifted a sacrifice fly.

LSU struck for two runs in the bottom of the fifth against Pilkington on a sacrifice fly by centerfielder Zach Watson and an RBI single by Duplantis.

The Bulldogs added run in the sixth on an RBI single by first baseman Tanner Allen.