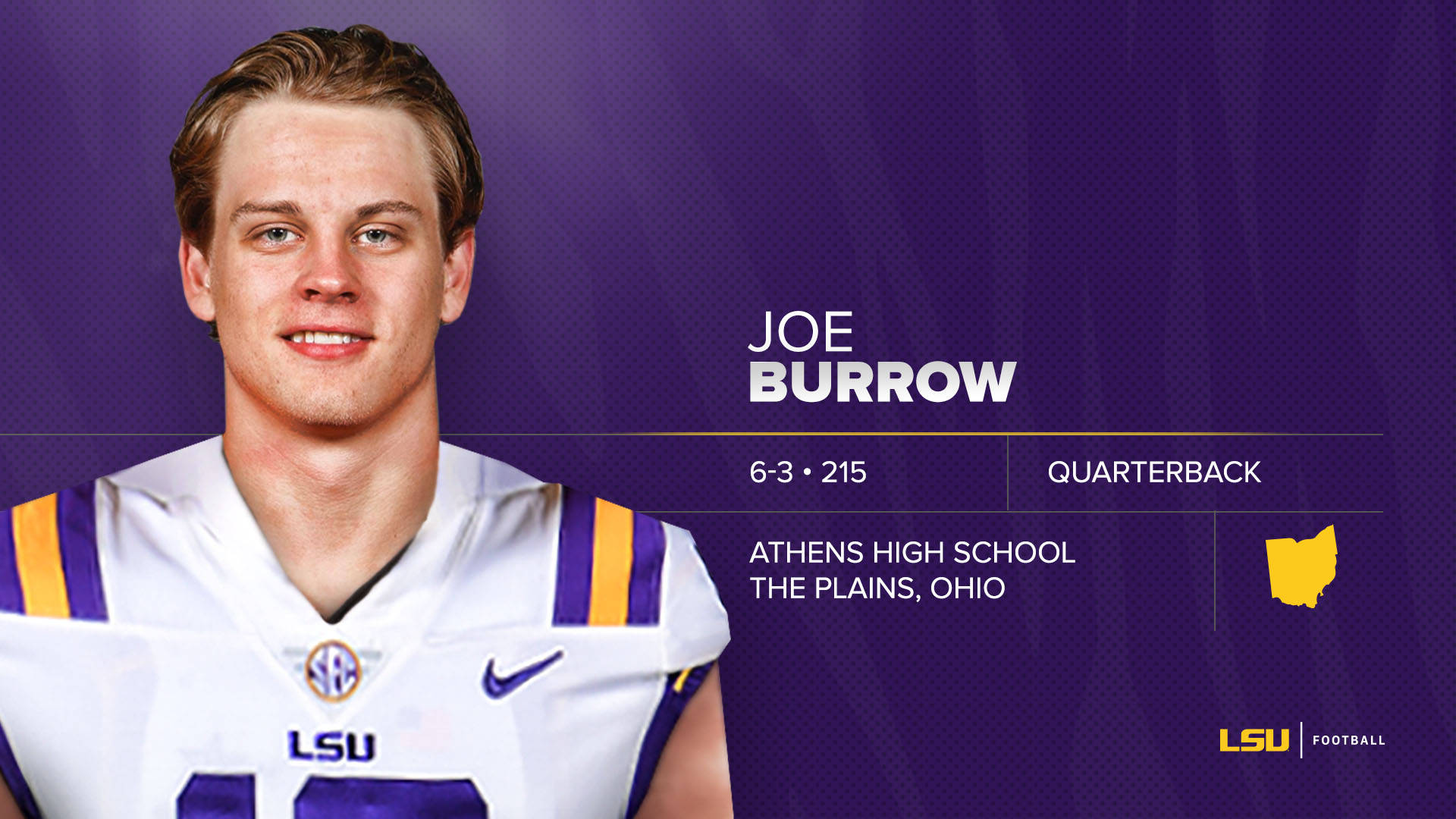 Burrow comes to LSU from Ohio State where he spent the past three years. Burrow graduated from Ohio State earlier this month with a degree in consumer & family financial services. He will be eligible immediately and will have two years of eligibility remaining when he joins the LSU program.

Burrow redshirted for Ohio State in 2015 and then served as a backup to starter J.T. Barrett in both 2016 and 2017. Burrow saw action in 10 games during his Ohio State career, completing 29-of-39 passes for 287 yards and two TDs. He also rushed for 53 yards and a score.

His best game came in a 62-3 win over Nebraska in 2016 when he completed all six of his passes for 62 yards. He also rushed for a touchdown in the win over the Cornhuskers. He threw TD passes in wins over Bowling Green and Maryland in 2016.

A native of The Plains, Ohio, Burrow was a four-star prospect at Athens (Ohio) High School where he led his team to three straight playoff appearances from 2012-14. Burrow was selected as Ohio Mr. Football and first team all-state as selected by the Associated Press after leading Athens to a state runner-up finish in 2014.

The 2014 Ohio Division III Co-Offensive Player of the Year in 2014, Burrow threw for nearly 4,500 yards and 63 touchdowns with only two interceptions as a senior. For his high school career, Burrow passed for 11,400 yards with 157 touchdowns and added another 2,000 yards and 27 TDs on the ground.