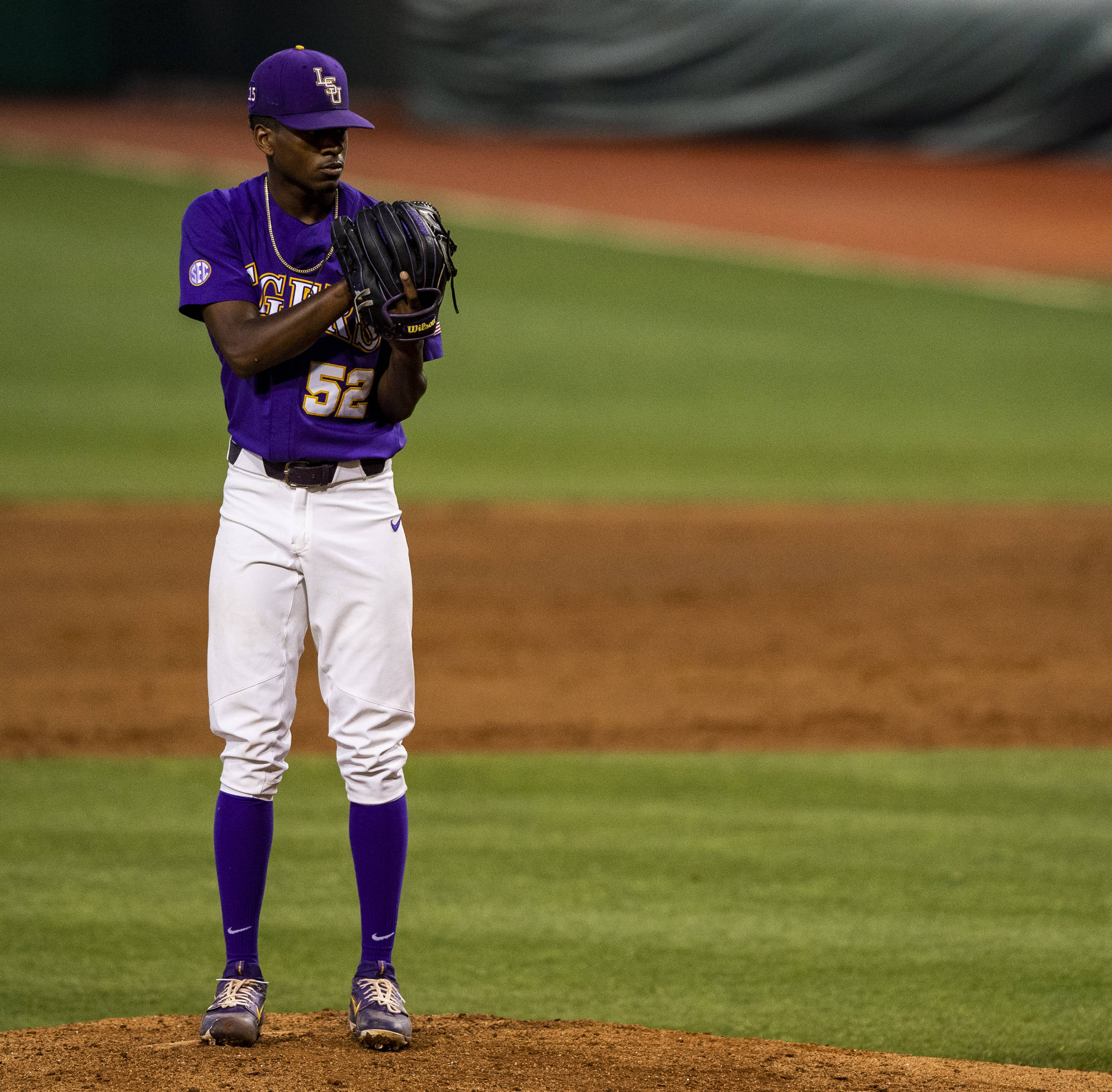 Notes on the Tigers
LSU finished the regular season 15-15 in the SEC, and the Tigers are the No. 8 seed in this week’s SEC Tournament … LSU meets No. 9 seed Mississippi State in a first-round single-elimination game at 4:30 p.m. CT Tuesday … LSU has a league-best 81-40 (.669) all-time record in the SEC Tournament, and the Tigers own a conference-high 12 tournament titles … Alabama and Mississippi State are second behind LSU with seven tournament titles, and Ole Miss is third with five championships … LSU has won six of the past 10 SEC Tournament crowns, claiming the title in 2008, 2009, 2010, 2013, 2014 and 2017 … the Tigers are 31-6 under 12th-year coach Paul Mainieri in SEC Tournament games … freshman right-hander Ma’Khail Hilliard defeated Auburn on Friday, outdueling Casey Mize, the projected No. 1 selection in next month’s MLB Draft … Hilliard limited Auburn to two runs on seven hits in 7.1 innings with two walks and seven strikeouts, firing 97 pitches … Hilliard improved to 9-4 this season, and he has a 3.53 ERA in 71.1 innings with 28 walks and 66 strikeouts … sophomore third baseman Jake Slaughter was LSU’s leading hitter in the Auburn series, batting .364 (4-for-11) with one homer, two RBI and two runs … Slaughter is batting .351 (13-for-37) in the 11 games the Tigers have played in the month of May with two doubles, one homer, three RBI and seven runs scored … freshman outfielder Daniel Cabrera is hitting .514 (19-for-37) in the month of May with three doubles, one triple, three homers, 16 RBI and six runs … senior designated hitter Beau Jordan is batting .386 (17-for-44) in May with three doubles, two homers, 11 RBI and 11 runs … Jordan hit .333 (4-for-12) in the Auburn series with one double, three RBI and one run … sophomore right-hander Todd Peterson earned his fourth save of the season on Friday at Auburn, retiring all five batters he faced in the final 1.2 innings, including three strikeouts … Peterson has three saves in his last four appearances, allowing one run on two hits in 4.2 innings with one walk and five strikeouts.