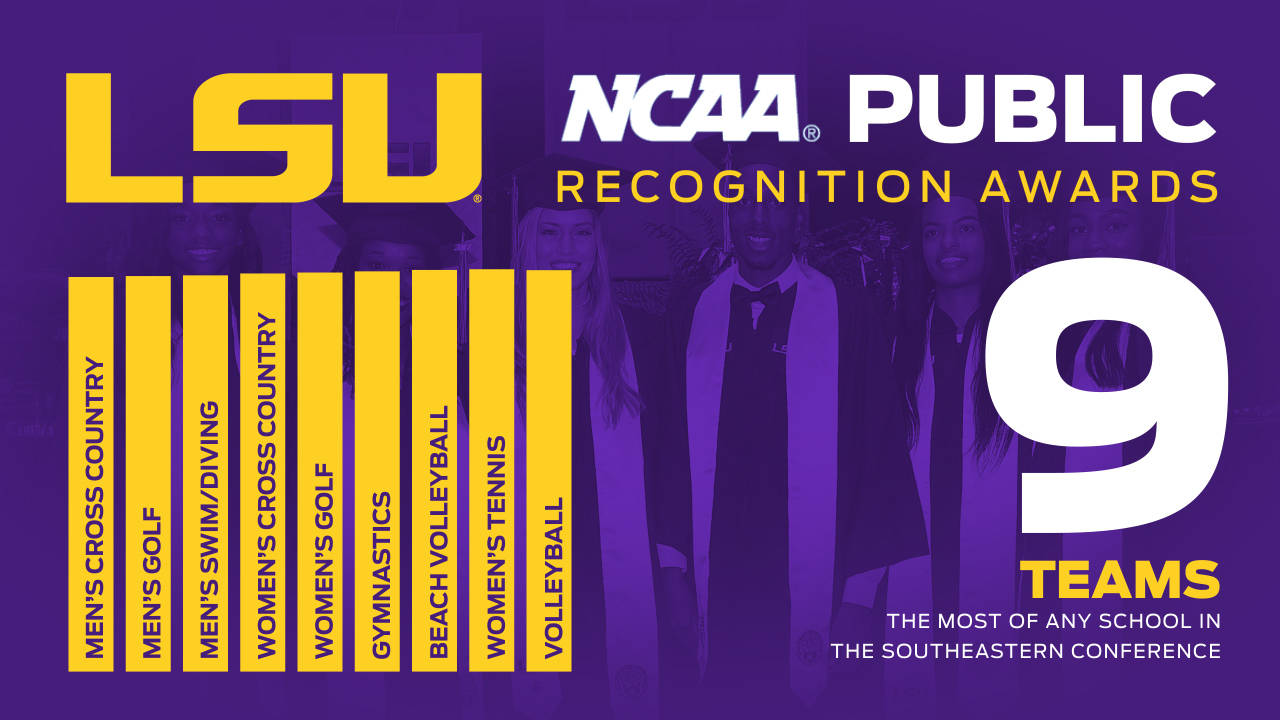 BATON ROUGE – A record nine LSU teams – the most of any school in the Southeastern Conference – received a NCAA Public Recognition Award this week for its exceptional work in the classroom as part of the NCAA’s Academic Performance Program.

The nine LSU sports teams that were honored by the NCAA paced the SEC and ranked two ahead of Vanderbilt, who was second in the league.

The recent NCAA academic accomplishment for LSU’s athletic teams continues a trend that has seen the Tigers excel in all areas monitored by the NCAA. Last November, LSU’s Graduation Success Rate reached an all-time high of 90 percent, up an impressive 21 points since vice chancellor and director of athletics Joe Alleva took over in 2008.

“These results are very impressive and indicative of the commitment that our student-athletes have made to get the most out of the world class education they are receiving at LSU,” Alleva said. “We strive for excellence in all that we do at LSU – in the classroom, in competition and in the community – so I’m really proud of these nine teams and what they have accomplished.”

Nine teams being recognized within the top 10 percent of their respective sport is outstanding and indicative of the goals set within our strategic plan,” assistant vice chancelor and executive director of CCASA Kenneth Miles said. “We are proud to recognize the most teams ever and lead the SEC. This is certainly not attainable without the collective voice and actions of academic affairs, athletics, and the team within the CCACSA.”

Sixi of LSU’s nine sports that earned the NCAA Public Recognitions  for work in the classroom also advanced to NCAA postseason play. LSU’s gymnastics team has claimed back-to-back SEC Championships and finished No. 4 in the nation, while beach volleyball was one of only eight teams nationally to advance to the NCAA Championships and wrapped up its season ranked No. 6 n nationally.

The LSU men’s golf team was ranked in the Top 10 for most of the year and reached the NCAA Regionals. LSU’s women’s tennis and volleyball teams also advanced to the NCAA Tournament. LSU diver Juan Celaya Hernandez also earned NCAA All-America honors.