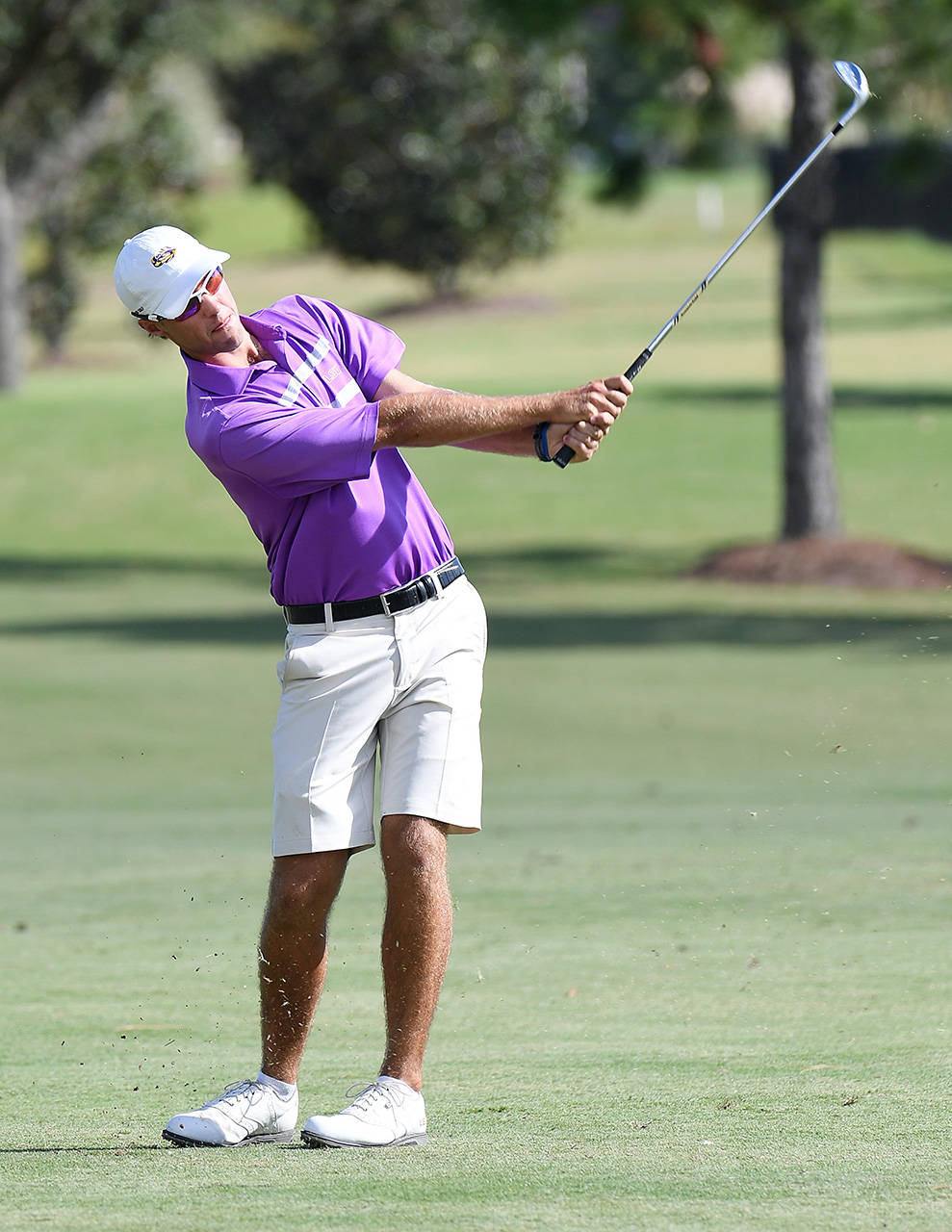 Stockton, Calif. – The LSU men’s golf team put forth a valiant effort on the final day of the NCAA Stockton Regional at The Reserve at Spanos Park on Wednesday, but their final round score of 7-under par 281 was not enough to advance them to the NCAA Championships in Stillwater, Okla.

A pair of freshmen in Trey Winstead and Jacob Bergeron paced the Tigers on the final day of play. Both first-year players fired 3-under par 69s to put LSU back in contention. Bergeron had a rollercoaster kind of day that saw him roll in seven birdies, seven pars and four bogeys. During the midst of his round, Bergeron made four straight birdies from the ninth to the 12th hole to highlight his round. Winstead had the best NCAA round of his young career with three birdies, an eagle, 12 pars and two bogeys. Winstead’s excellent day moved him up 19 spots into a finish for 23rd place with a three-day total of 1-under par 215. Bergeron finished the tourney tied for 56th at 6-over par (77-76-69).

Nathan Jeansonne joined the freshmen duo as the third LSU golfer to register an under par round; the junior from Shreveport, La., played the front nine at even par (one birdie, seven pars, one bogey) and closed out his round with a back nine of 1-under par. Jeansonne finished the three-day tournament in a tie for 37th place at 1-over par (76-70-71-217).