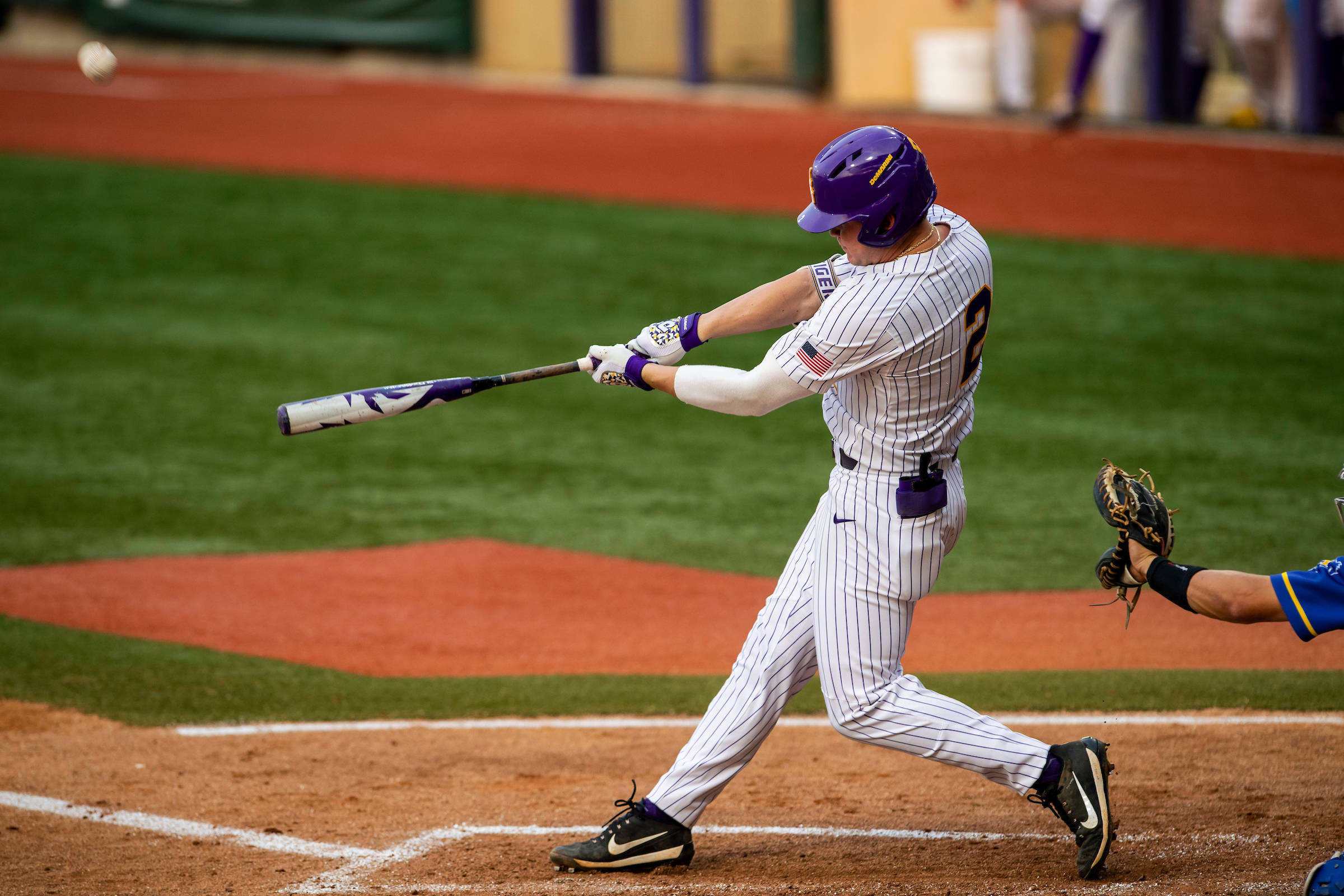 STADIUM
Plainsman Park in Auburn, Ala.

SERIES RECORD
LSU leads the series with Auburn, 102-72, in a series that began in 1907. LSU has won 14 of its last 17 and 24 of its last 32 games versus Auburn. Last season, LSU sweep three games from AU in Alex Box Stadium, Skip Bertman Field. LSU has captured 13 of the last 19 SEC regular-season series between the clubs, dating back to 1999. LSU has five straight series wins over Auburn – AU’s last SEC series win over LSU came in 2012, when it captured two of three games at Plainsman Park. LSU coach Paul Mainieri has a 24-10 career mark against Auburn.

QUOTING PAUL MAINIERI
“We’ve been playing pretty good baseball over the last few weeks; the quality of our play has certainly improved from what it was earlier in the year. It’s been a struggle at times, and it’s been a long, hard year, but if we can finish strong against a good ball club in a tough environment at Auburn, we can take that momentum into the SEC Tournament. We always play well in Hoover, and you never know what might happen.”

ABOUT THE TIGERS
• LSU is 14-13 in the SEC, and the Tigers are three games out of first place in the Western Division behind Arkansas (17-10) with one week remaining in the regular season … the Tigers have clinched a berth in the SEC Tournament for the seventh consecutive season … LSU, which has won six of its last seven games, appears in this week’s Collegiate Baseball Newspaper poll at No. 28.
• With its series victory over Alabama last weekend, LSU won all five of its SEC home series in a single season for the first time since 2003 .
• All four LSU players that were honored during last Sunday’s Senior Day ceremony received their college degrees this month – outfielder Beau Jordan (business), infielder Bryce Jordan (marketing), catcher Nick Coomes (business) and first baseman/pitcher Austin Bain (sports administration).
• LSU is No.3 in the SEC in team batting average (.293) and the Tigers’ hitters have the fewest number of strikeouts in the league (305) … the LSU pitching staff is No. 12 in the SEC with a 4.51 ERA.
• Junior rightfielder Antoine Duplantis is No. 4 in the SEC in base hits (73), No. 1 in triples (5) and No. 5 in stolen bases (14) … senior first baseman Austin Bain leads the SEC in doubles (19), and freshman DH/OF Daniel Cabrera is seventh in doubles with 15 and seventh in RBI with 46 … Cabrera is also No. 8 in the SEC in slugging percentage .596 and No. 9 in the league in on-base percentage (.438).
• Sophomore right-hander Zack Hess is sixth in the SEC in strikeouts (91), and freshman right-hander Ma’Khail Hilliard is fourth in the league in wins (8).
• Outfielder/designated hitter Daniel Cabrera was named SEC Freshman of the Week on Monday after he enjoyed an incredible week in leading LSU to three wins in four games, including an SEC series victory over Alabama … Cabrera hit .769 (10-for-13) in four games with two doubles, one triple, two homers and 10 RBI … in the Tigers’ series victory over Alabama, he hit .700 (7-for-10) with two doubles, one triple, one homer and six RBI.
• In the Tigers’ last eight games, Daniel Cabrera is hitting .640 (16-for-25) with two doubles, one triple, three homers and 15 RBI … he has raised his cumulative average to .337 and he leads LSU in RBI with 46.
• Sophomore left-hander Nick Bush defeated Alabama on Sunday, pitching a career-high six innings to earn his first victory of the season in his third start of 2018 … Bush, who has worked primarily as reliever this season, was thrust into the starting role on Sunday when scheduled starter AJ Labas was unable to pitch due to arm soreness … Bush limited Alabama to one earned run on six hits in six innings with one walk and two strikeouts, firing 87 pitches in the outing.
• Senior leftfielder/DH Beau Jordan hit . 406 (13-for-32) during LSU’s recently-completed eight-game homestand with two doubles, two homers, eight RBI and 10 runs … sophomore third baseman Jake Slaughter hit .346 (9-for-26) during the eight-game homestand with two doubles, one RBI and five runs … senior first baseman Austin Bain batted .344 (11-for-32) during the eight-game stretch with three doubles, one homer, eight RBI and seven runs.
• Freshman right-hander Devin Fontenot made two appearances in the Alabama series, allowing one run in four total innings with no walks and four strikeouts … junior right-hander Cam Sanders recorded seven strikeouts in 4.2 relief innings against Alabama on Saturday, limiting the Crimson Tide to one run on two hits.

ABOUT AUBURN
• Auburn (13-14 SEC) is in fourth place in the SEC Western Division, one game behind third-place LSU … Auburn is ranked No. 22 in the USA Today Coaches poll and No. 24 in the Baseball America magazine poll.
• Auburn is eighth in the SEC in team batting average (.281), and AU has blasted 59 home runs, the sixth-highest total in the league … the Auburn pitching staff has a 4.22 ERA, which ranks No. 9 in the league.
• Auburn junior right-hander Casey Mize leads the SEC in strikeouts (124) and innings pitched (89.0), and he’s No. 3 in the league in opponent batting average (.180).
• Auburn is led at the plate by junior infielder Brendan Ventner, who is batting .318 with 11 doubles, 12 homers and 40 RBI. Two other Auburn players have reached double-digits in home runs – freshman infielder/outfielder Edouard Julien has 13 and junior catcher Brett Wright has 10.