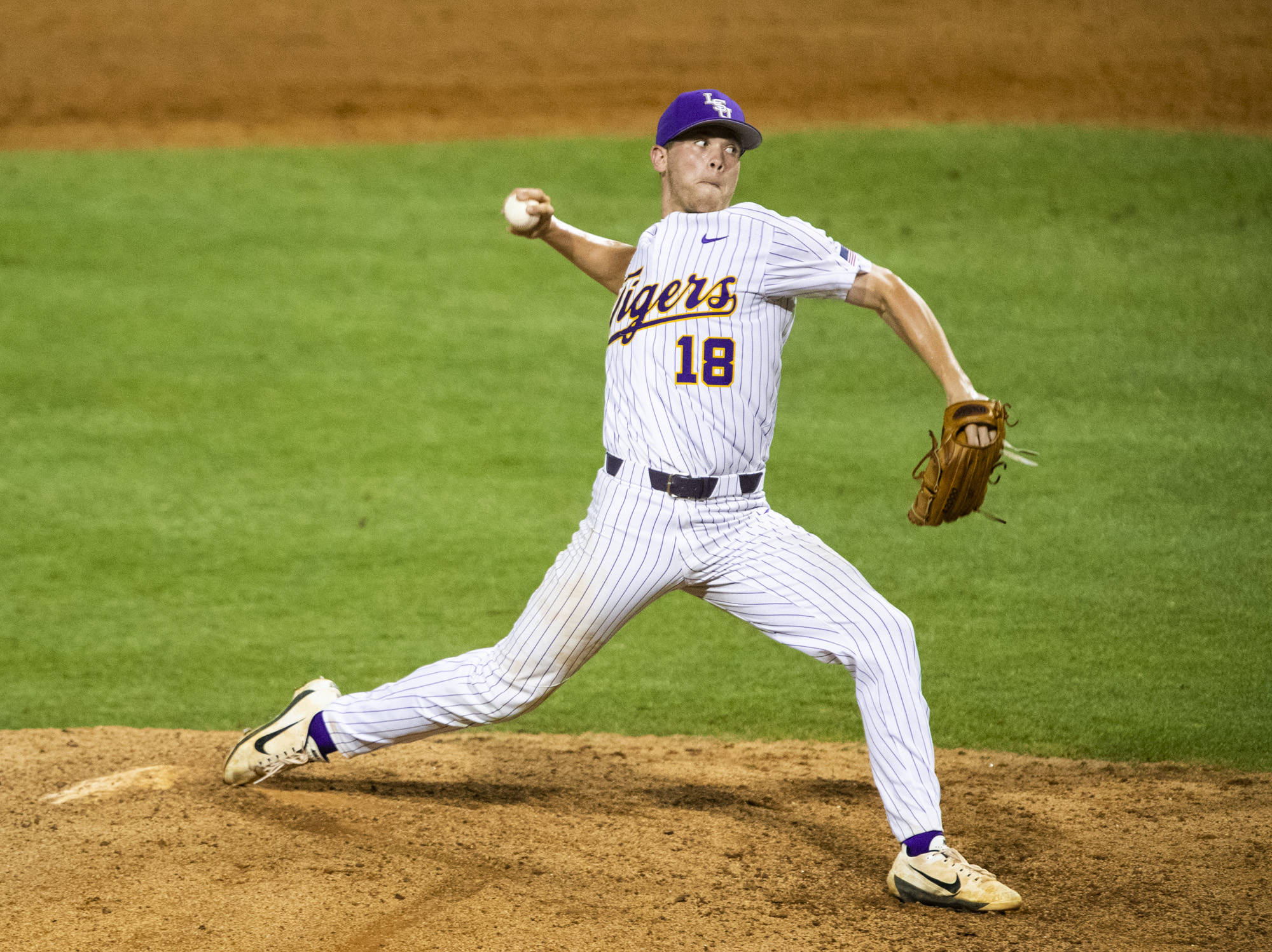 The Tigers will travel to Auburn this weekend for their final SEC series of the year. Game 1 of the series is set for a 6 p.m. CT first pitch on Thursday, and it can be heard on affiliates of the LSU Sports Radio Network. Thursday’s game will be televised by ESPNU.

“I was concerned going into this game because Northwestern is a tough team, and we had just come off an emotional series against Alabama,” said LSU coach Paul Mainieri. “Fortunately, pitchers like Matthew Beck, Caleb Gilbert and Austin Bain stepped in and did a great job. We got off to a good start offensively; in the first three innings, I thought we had some tremendous at-bats in taking an 8-0 lead, and we were able to hold on for the win.”

In Beck’s first start of the season and just the third of his career, the LSU sophomore right-hander came out pounding the strike zone. He struck out five of the first seven Northwestern State hitters he faced. Beck finished with a career-high six strikeouts over three innings of work as he earned the win, improving to 2-1 on the year.

Bain, who started the game at first base, led the Tigers’ 13-hit attack by going 3-for-5 at the plate with two RBI and two runs scored. Bain also earned his fourth save of the year on the mound, firing 1.1 scoreless innings with no hits and three strikeouts.

Gilbert replaced Beck to begin the fourth inning and he worked two scoreless innings. Six other relievers combined to throw the final four innings including Bain, who took the mound and recorded a strikeout to end the eighth inning with two runners on and the Tigers holding an 8-5 advantage.

Northwestern State used a plethora of pitchers as eight saw action on the mound. Tyler Pigott (1-1) got the start, and he was charged with the loss after giving up two runs on four hits in one inning with one walk.

The Tigers got the offense rolling early in the first with a couple of two-out RBI hits. After designated hitter Beau Jordan and right fielder Antoine Duplantis got back-to-back singles to start the game, centerfielder Zach Watson and catcher Nick Coomes each delivered with RBI singles as LSU took a 2-0 lead in the first.

After Bain drove shortstop Hal Hughes home with a two-out base knock in the second, left fielder Daniel Cabrera launched his eighth home run of the season to give LSU a 5-0 lead.

For the third straight inning, the Tigers had runners on with two outs and for the third straight inning, the Tigers capitalized on that opportunity. Duplantis drove a single to center, allowing Hughes to score from second. With Jordan running towards third, Northwestern State first baseman Peyton Davis overthrew third base, allowing Jordan to come home and score. In the following at-bat, Bain drove Duplantis home as LSU took an 8-0 lead.

After picking up its first run in the seventh inning, Northwestern State made it interesting as it added four runs in the eighth to reduce the deficit to 8-5. Bain then came in to pitch for the Tigers and ended the inning with a strikeout. Bain then scored on a wild pitch in the bottom half of the inning and pitched the final three outs to earn the save.