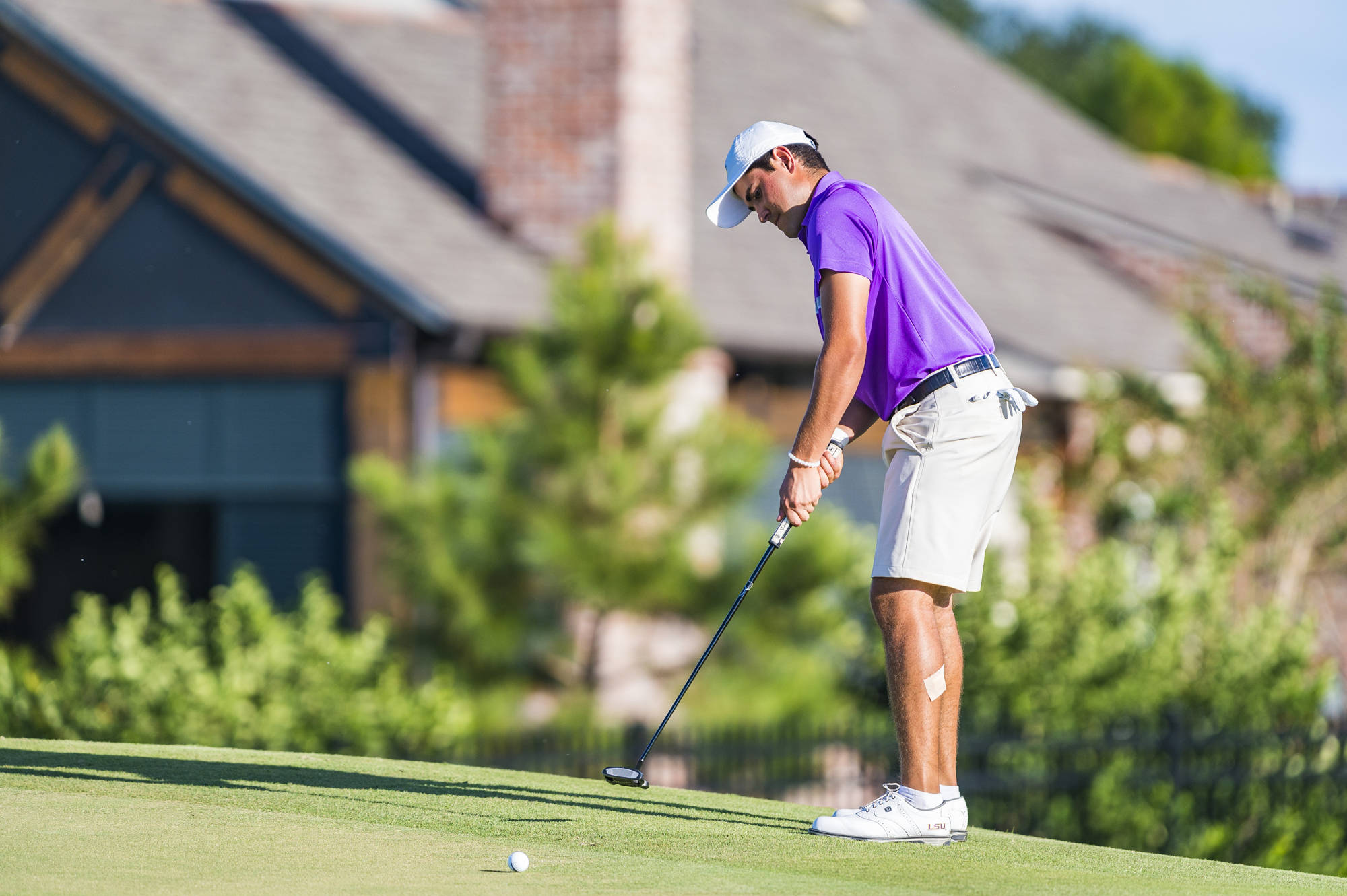 Stockton, Calif. – Entering the day in a tie for 10th place at the NCAA Stockton Regional, the No. 6 LSU men’s golf team registered a round of five-under par to 283 to move up to a tie for 8th place, seven shots out of the coveted top-five finish they are looking to secure in order to advance to the NCAA Championships in Stillwater, Okla.

LSU’s two-round total sits at 576 strokes, which is exactly even par. Alabama and Iowa State are the team leaders in the clubhouse with 14-under 562s. One shot off their pace, Kansas sits in third place at 13-under par (563). The Tigers will need a brilliant final 18 holes to track down some teams on the leaderboard. Stanford (-8/568) currently is in fourth place, and TCU is in the fifth and final advancing spot at 7-under 569, seven strokes ahead of the Purple and Gold. Oregon and Colorado are in a two-way tie for sixth place at 4-under par 572.

Starting its second round of the regional on the 10th hole, LSU relied on 2018 Jack Nicklaus Semifinalist Luis Gagne who carded the best NCAA round of his career with a 4-under par 68 at The Reserve at Spanos Parks. He started the first nine holes of his round with a 4-under 32 that saw him roll in four birdies and collect five pars. On the second nine holes of the round, he mixed a birdie, seven pars and one bogey to come in with an even-par 36. His stellar round improved his position from 19th all the way up to ninth place.

Nathan Jeansonne and Philip Barbaree both carded rounds of 2-under par 70 to contribute to the team score. After playing the first nine holes of the round in 1-over par, Jeansonne played the back nine to the tune of a 3-unde par 33 that had an eagle, two birdies, three pars and a bogey. Barbaree’s round got off to a hot start when he birdied three of the first seven holes; he played the final 11 holes at 1-over par. Jeansonne is tied for 42nd place and Barbaree is in a 16-way tie for 34th place.

Freshmen Trey Winstead (+2) and Jacob Bergeron (+3) scored rounds of 74 and 75 to finish off the day for the Tigers.

LSU will tee off from the first tee at 10:25 a.m. CT on Wednesday with hopes of going low. The Tigers are seven shots behind fifth place TCU. For a full list of tee times and results, visit golfstat.com.