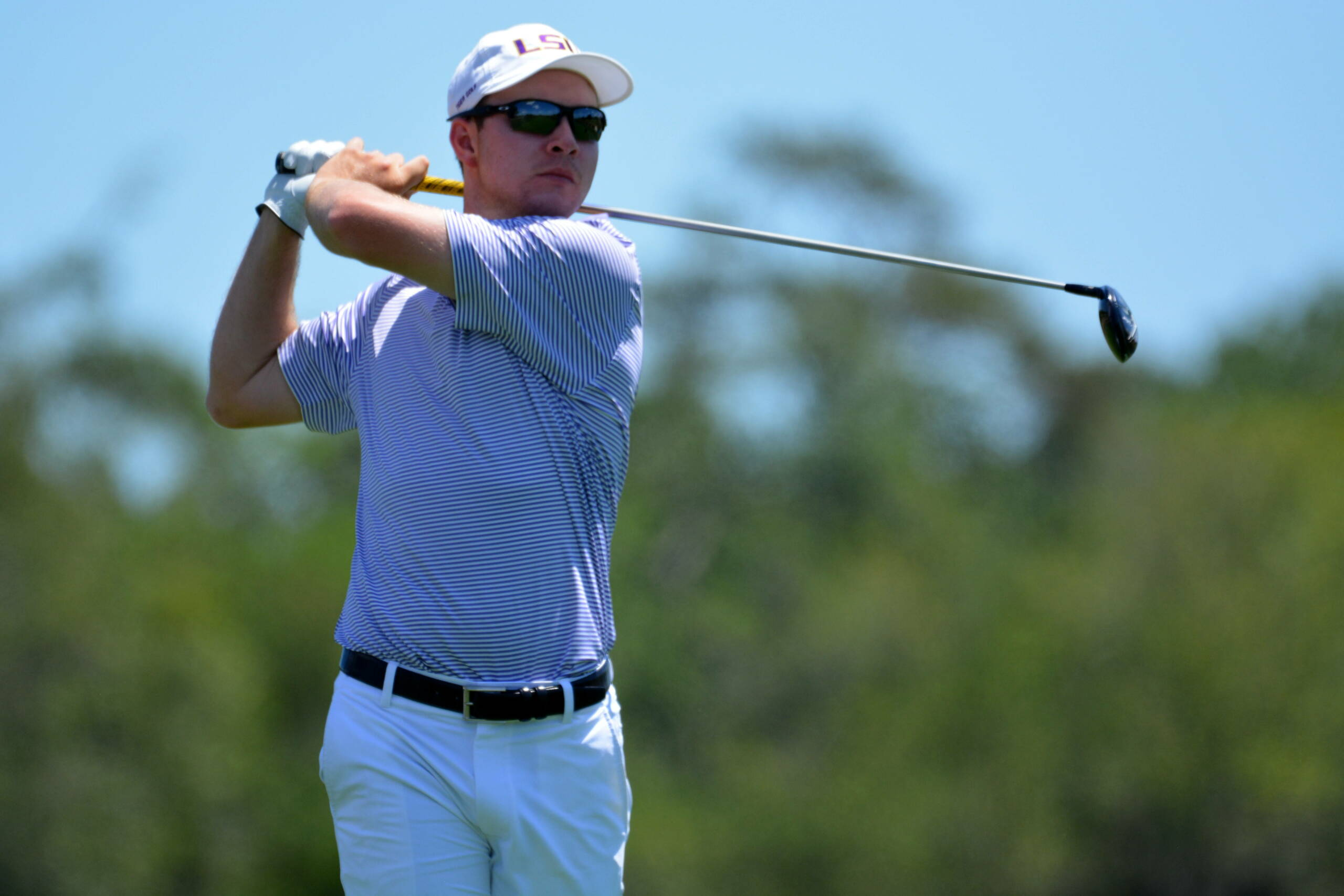 Stockton, Calif. – The sixth-ranked LSU men’s golf team carded a first round score of 5-over par 293 at the NCAA Stockton Regional on Monday at The Reserve at Spanos Parks. With 36 holes left to play, LSU is in a two-way tie for 10th place with UNC Greensboro.

Luis Gagne and Trey Winstead were the low Tigers of the day as they both carded 1-under par 71s to sit in a eight-way tie for 19th place. Gagne’s round featured four birdies, three bogeys and 11 pars while Winstead rolled in three birdies, two bogeys and 13 pars.

The Tigers will tee off for round two of the Stockton Regional at 10:55 a.m. CT on Tuesday morning alongside UNC Greensboro and No. 19 USC. Live results of the second round can be found at golfstat.com.