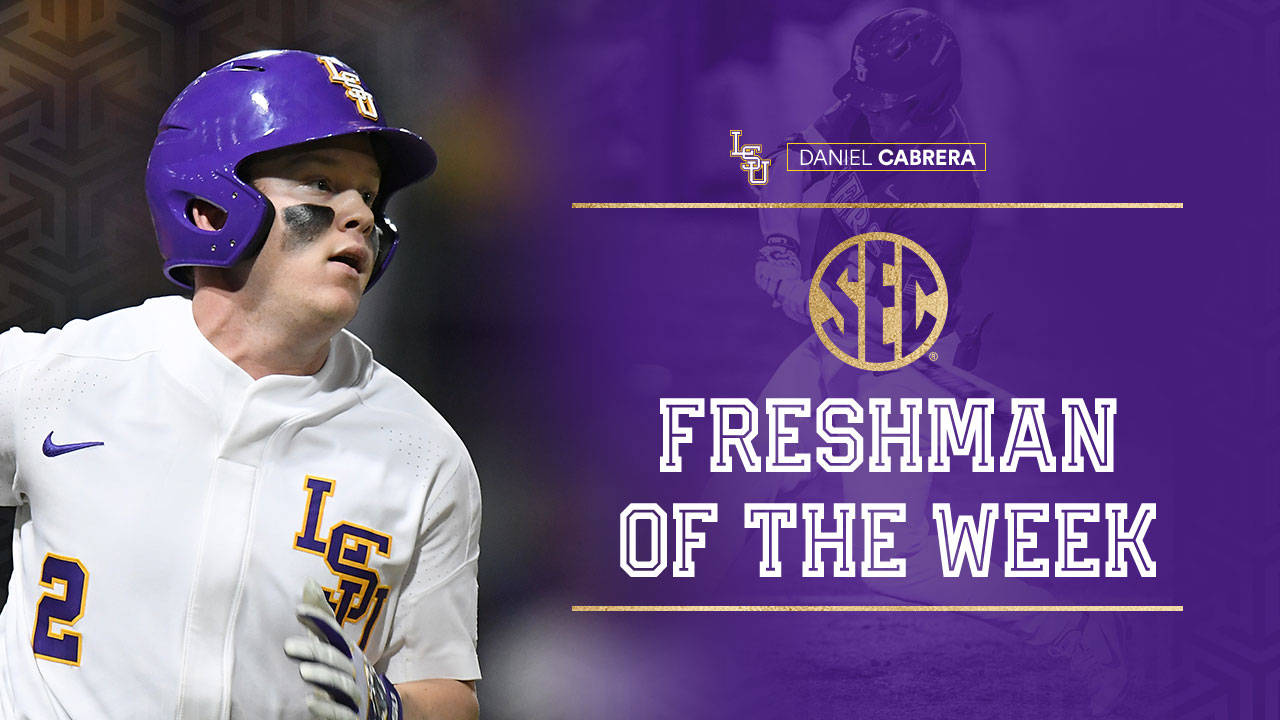 Cabrera, a product of Baton Rouge, enjoyed an incredible week in leading LSU to three wins in four games, including an SEC series victory over Alabama.
He hit .769 (10-for-13) in four games with two doubles, one triple, two homers and 10 RBI.

In the Tigers’ series victory over Alabama, he hit .700 (7-for-10) with two doubles, one triple, one homer and six RBI. Cabrera was 2-for-2 at the plate in Sunday’s series-clinching win over the Tide with a two-run homer, one double, one walk and four RBI.