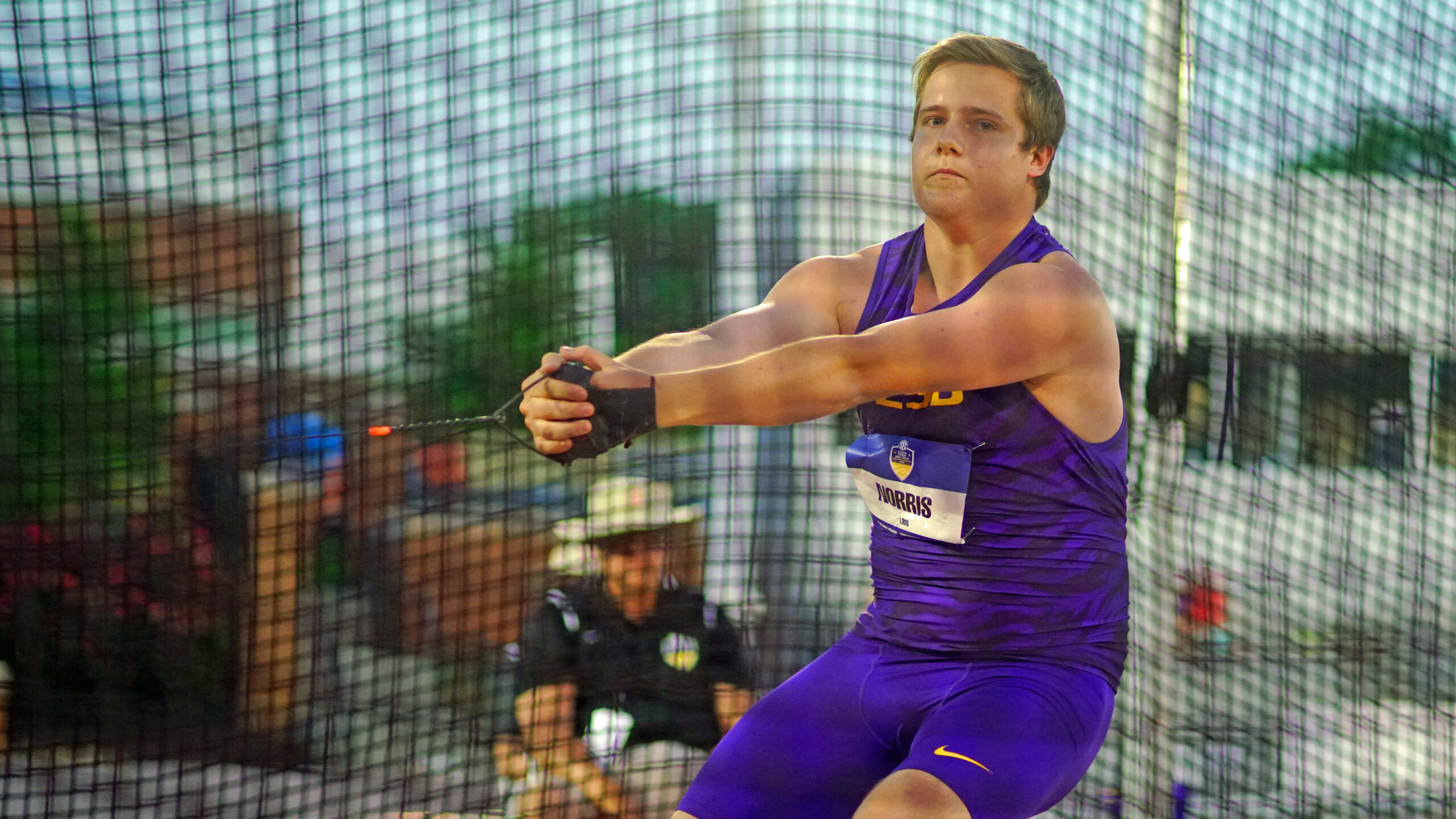 Knoxville, Tenn. – Competing at his first career SEC outdoor meet, freshman Jake Norris scored the first points of the SEC Championships for the LSU men’s track and field team in the hammer throw on Friday night at Tom Black Track. Entering his sixth and final throw in fifth place, the freshman from England registered a toss of 229 feet, two inches (69.87 meters) to move up one spot and take fourth place to earn five points for the Tigers.

The mark of 69.87 meters was the deciding factor that propelled Norris to fourth place and made him the top freshman finisher of the event. He edged out Florida’s freshman, Thomas Mardal, who ended up taking fifth with a throw of 69.57 meters.

The rest of the first day of competition for the Tigers consisted of securing bids to Sunday’s finals. The women’s 400 meter hurdle quartet of Kymber Payne (58.22), Brittley Humphrey (58.42/PR), Milan Young (58.73) and Jurnee Woodward (58.80) all registered qualifying times. Payne’s time of 58.22 was the second fastest of the day.

In the 200 meter dash, LSU advanced three sprinters to the finals. Kortnei Johnson (22.83) and Mikiah Brisco (23.06) both won their heats to earn auto-bids to the Sunday afternoon showdown. On the men’s side, Jaron Flournoy also captured an auto-bid by winning his heat with a time of 20.62. The final qualifier of the first day of competition was Ersula Farrow. She circled the track twice in the 800 meter run with a time of 2:06.24 to win her heat.

After the first day of competition, Alabama leads the men’s competition with 30 points and Ole Miss and Missouri are tied atop the women’s standings with 15 points. Saturday’s live stream will begin at 9:15 a.m. CT with day two of the women’s heptathlon. Sunday’s action begin at 1:30 p.m. CT with the women’s high jump and will be streamed on WatchESPN. Beginning at 5 p.m. CT on Sunday afternoon, the final three and a half hours of the meet will air live on the SEC Network.