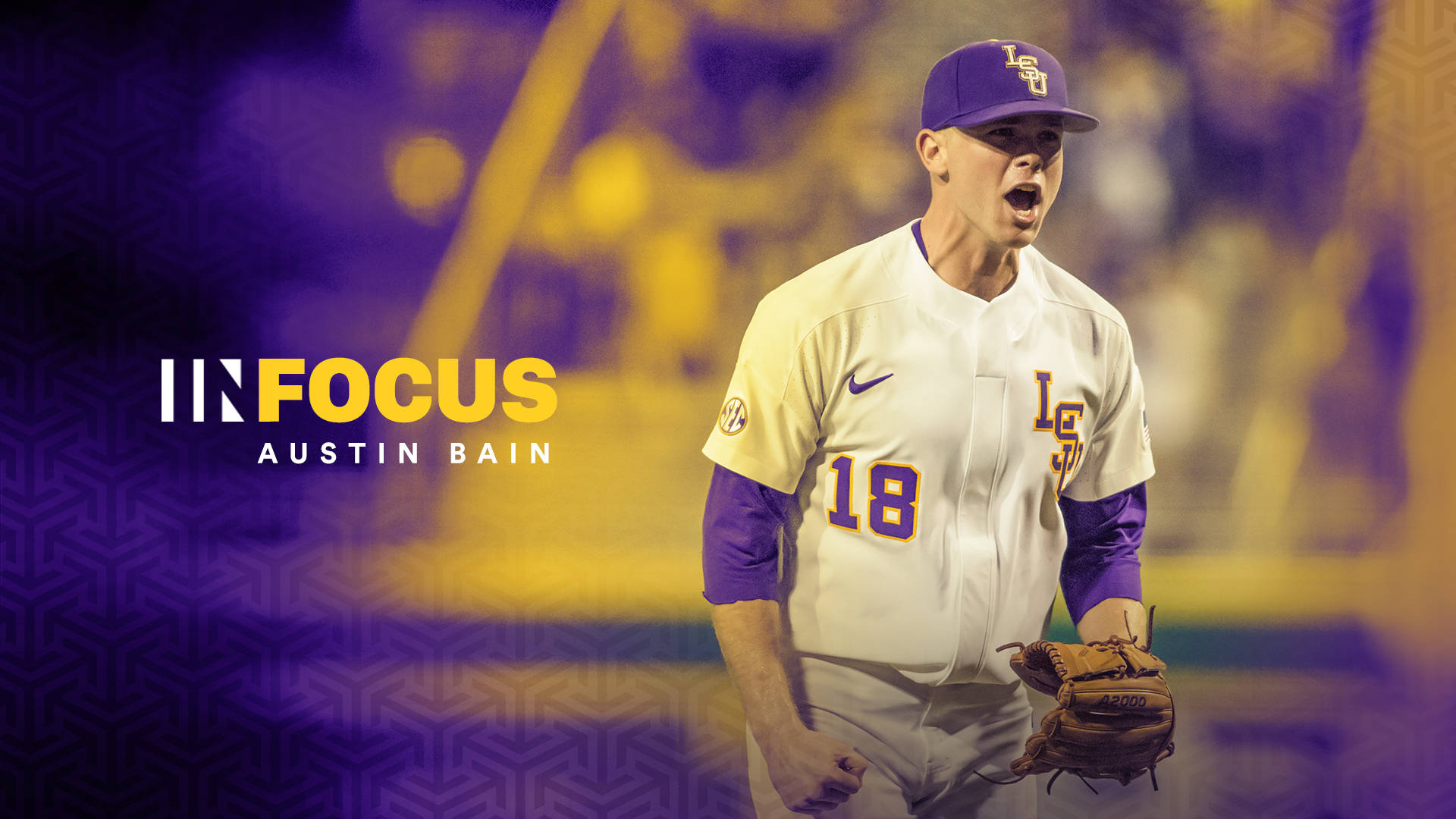 Head coach Paul Mainieri told Bain to grab a bat during an intrasquad scrimmage in the fall of 2017.

The only thought that rolled through Bain’s mind was “Do not strike out.”

He refused to be the stereotypical pitcher standing in the batters’ box, and he crushed the first ball that he saw to right-center field for a double.

Prior to the start of the season if anyone would have asked around the Southeastern Conference who would lead the league in doubles, Austin Bain‘s name would not have been thrown around, but with two weeks left of the season, the senior has a league-best 19 after not having an at-bat since his senior year of high school.

Growing up down the road from Alex Box Stadium, Skip Bertman Field, Bain dreamed of crushing balls over the right-center wall and trotting to the mound to mow down the opposing batters.

He made an immediate impact during his freshman campaign doing the latter. Bain had started off the season in long relief and eventually worked his way into the Sunday role.

He had found his role firing strikes in the zone, going after hitters and letting the stellar LSU defense make plays behind him. However, after his courageous freshman campaign, Bain had to have shoulder surgery to remove a bone spur and did not return to his sophomore season quite where he wanted to be.

Struggling to find his role out of the bullpen, Bain threw 44 innings over the 2016 and 2017 seasons, but it was not until the 2017 fall when he finally carved out the role he had been longing to find.

“I had some success in the beginning, but I also had some failures,” Bain attested. “The failures are what built me into what I am today as a baseball player and as a human.”

Bain got his shot because they were short-handed in the fall and needed an extra bat in the lineup, but he was also making plays in the infield between his scheduled outings on the mound.

“I missed hitting a lot,” Bain explained. “Hitting off of these guys (the LSU pitchers) in batting practice is fun.” He corrected himself, “It can be fun.”

He was consistent in the fall, and over the semester break, he and freshman Daniel Cabrera ran into Mainieri, who recognized Bain’s impact during the fall. Mainieri told Bain that he would have a shot to crack a spot in the lineup in the spring, and he did.

Little did anyone know that Bain would become a necessity to the LSU team quite like he has.

No one knew what to expect the first time that Bain was inserted into the lineup, but on opening weekend, in his first official at-bat, he slapped a ball into centerfield and earned a start at designated hitter in the two-hole for the midweek contest against New Orleans.

“Great people take opportunities and they run with them, they don’t watch them pass by,” Bain said. “I tried to find an opportunity in the situation and made the best I could with it.”

Bain has played in 43 games and has earned 41 starts and has turned himself into a necessity. He finally found his role again. This time as arguably the best utility player in the country as he has made such a magnificent impact across the field this season.

On top of his conference-leading 19 doubles, Bain has the third-highest batting average on the LSU squad, .329, and he has a .478 slugging percentage.

The senior has also made 13 appearances on the mound and has posted three saves. He has struck out 16 and has earned a win.

“I don’t want to look back and regret anything this season. I’m going to go out and play as hard as I can.”

The most important key though: Bain is having fun again.

As his LSU career begins to wind down, Bain will obtain his degree in sport administration prior to Friday night’s series opener against Alabama, but there’s unfinished business for the senior.

“This has been a dream come true for me,” Bain explained. “Growing up down the road, I dreamed of playing here, and I’m having more fun out there playing than I ever have. I’m more tired than I’ve ever been, but that means I’m doing something. I’m not ready for it to be over with quite yet. I’m having too much fun out there.”

Playing for all nine innings has helped the senior to truly stay focused and in the game the entire time, and he says that it has helped him to be more successful for each of his at-bats and his outings on the mound. He is constantly firing on all cylinders.

“Austin Bain has been our most valuable player because he has been so versatile and is so great at doing so many things,” Mainieri said. “Here he is in his senior year coming into his own, and I shudder at the thought of where we would be without him.”