71 Tigers Honored At The Tribute 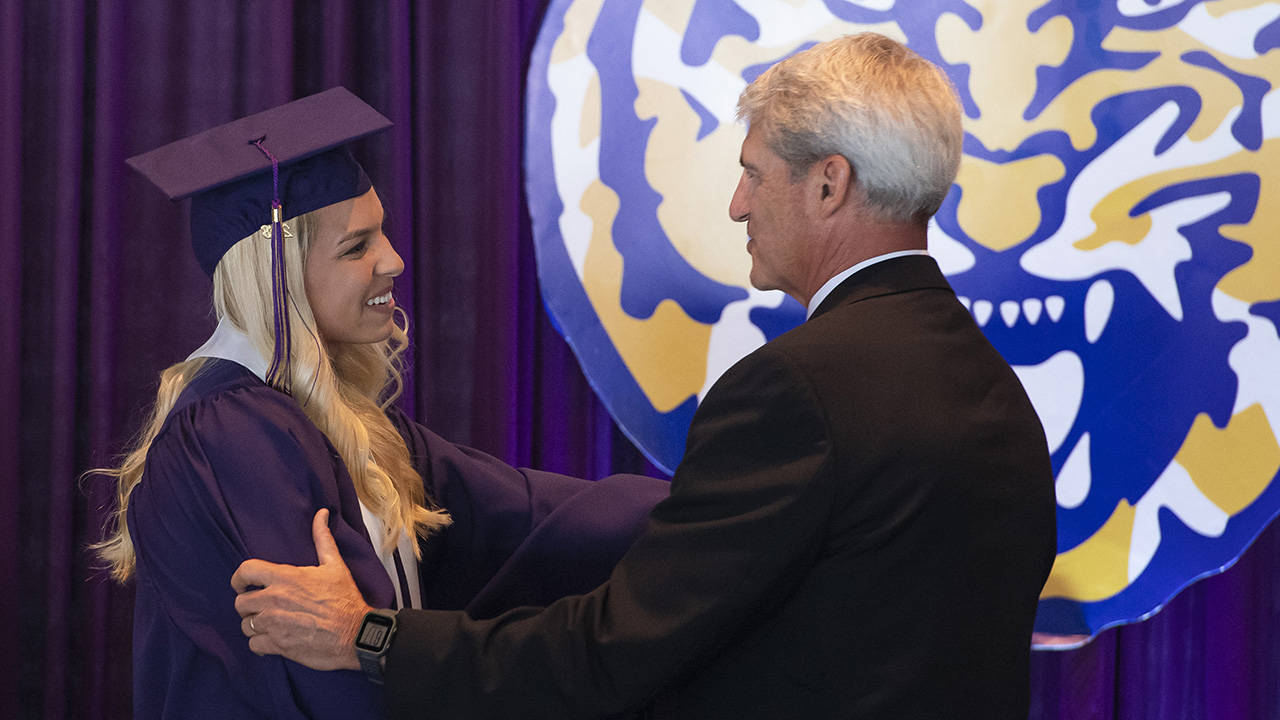 BATON ROUGE, La. – The LSU Athletics Department, the Tiger Athletic Foundation and the Cox Communications Academic Center for Student-Athletes honored 71 members of the LSU Class of 2018 at The Tribute on Thursday evening at the West Stadium Club inside Tiger Stadium.

The annual event recognizes all LSU student-athletes graduating in the Spring and Summer of 2018 and presents them with a special graduation stole made specifically for LSU athletes.

Dr. Stacia Haynie, LSU Interim Executive Vice President and Provost, was one of several LSU administrators to address the class.

“We are so very proud of you“, said Haynie. “There are amazing things ahead for you as a graduate of this institution. We have been so privileged to be a part of your journey.”

Former Tiger volleyball player Khourtni Fears was selected as the class speaker. Fears was a part of the LSU volleyball program for six years and is graduating with a master’s degree in social work.

“Congratulations to everyone who will be receiving their bachelor’s, master’s and doctorate degrees,” said Fears. “It is a great feeling to know that our blood, our sweat, our tears, has put us in a position where anything, any situation, is nothing compared to all that we have been through.”

A few members of the class were unable to attend the ceremony as Carley Hoover was competing in Columbia, Missouri, at the 2018 SEC Softball Championship and Renard Howell, Bryan Stamey, Jack Wilkes, Briana Kelly, Kymber Payne and Ashley Welborn were in Knoxville, Tennessee, preparing for the 2018 SEC Outdoor Track & Field Championships. Women’s basketball senior Raigyne Louis missed the ceremony due to training camp with the WNBA’s Las Vegas Aces.

LSU will hold 2018 Commencement ceremonies on Friday and Saturday, May 11-12, with summer graduation set for Friday, August 3.