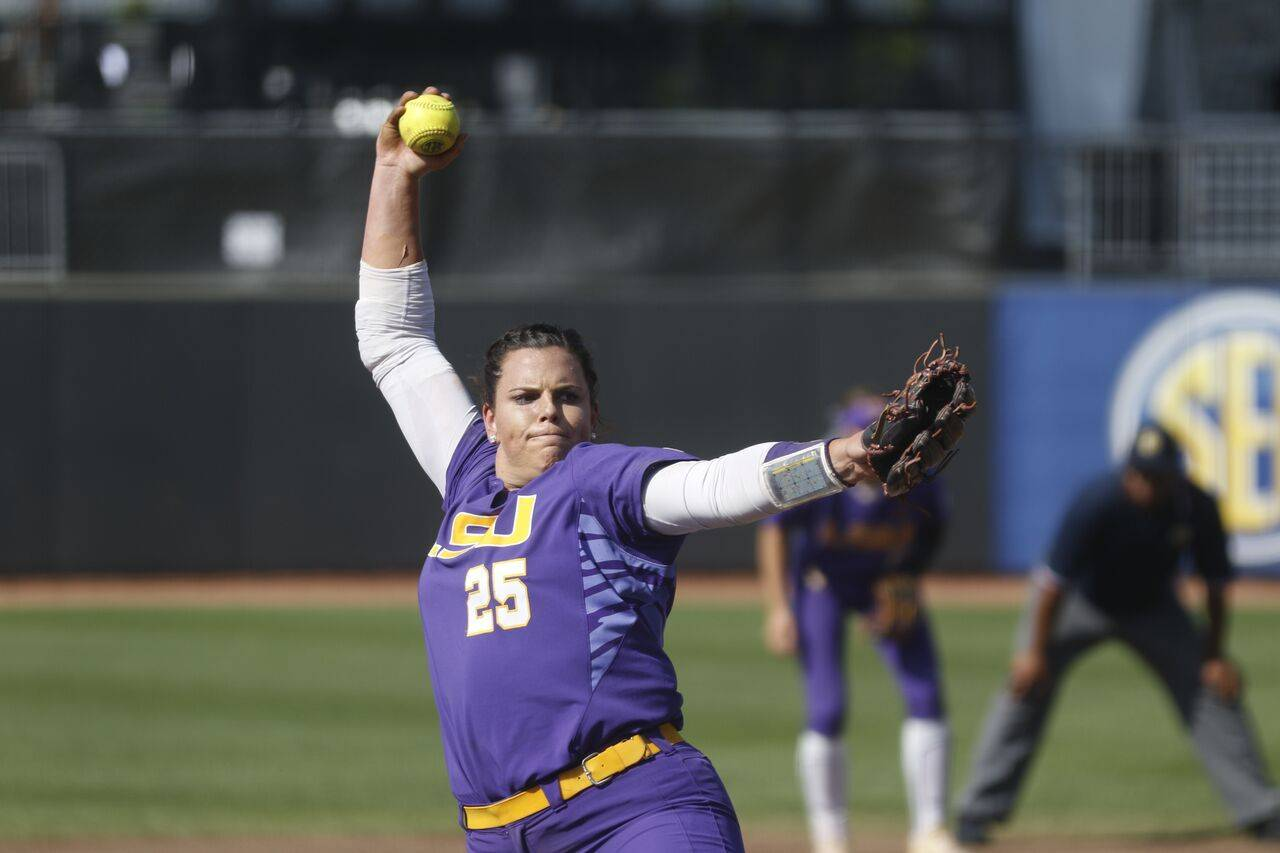 COLUMBIA, Mo. – The LSU softball team falls in the quarterfinals of the SEC Tournament to the Tennessee Volunteers, 1-0 in Mizzou Stadium Thursday afternoon. With the loss, LSU falls to 41-14 on the year while Tennessee improves to 45-11.

Tennessee was able to get on the board first, starting the game with three straight hits to give themselves a 1-0 lead in the bottom of the first inning.

Allie Walljasper was solid in the circle, giving up only one run on four hits. She picked up her fifth loss of the season.

The Tiger offense was held in check, only managing three hits on the day and leaving four runners on base. Aliyah Andrews led off the game with a single. She stole second and advanced to third, but was stranded.

On Allie Walljasper‘s performance …
“She always gives us a chance. She is just so consistent. I think I have said that about 100 times in her career. She always puts us in a spot to win the game, we always know what we are going to get from her. I think it is a rare thing for a pitcher. It was a really good day for Allie.”

On what they will do to prepare for the postseason …
“I think we will go back and have a couple of days to get ourselves ready and get back to playing LSU softball. Get ourselves to where we want to be, find out who our next opponent is and prepare for that one.”

>> This game is only the sixth time an LSU team has been shutout in the SEC Tournament.

>> With her steal, Aliyah Andrews now has 38 on the season, leaving her only seven away from 45, previously set by former Tigers, Kirsten Shortridge and Dee Douglas.

>> LSU had three hits on the day with Taryn Antoine, Michaela Schlattman, and Andrews each getting one.

Next up, LSU will await their placement in the NCAA Tournament. The selection show will be on Sunday, May 13 at 9 p.m. CT and will be broadcast live on ESPN 2.