LSU Posts 13-3 Win Over McNeese at The Box 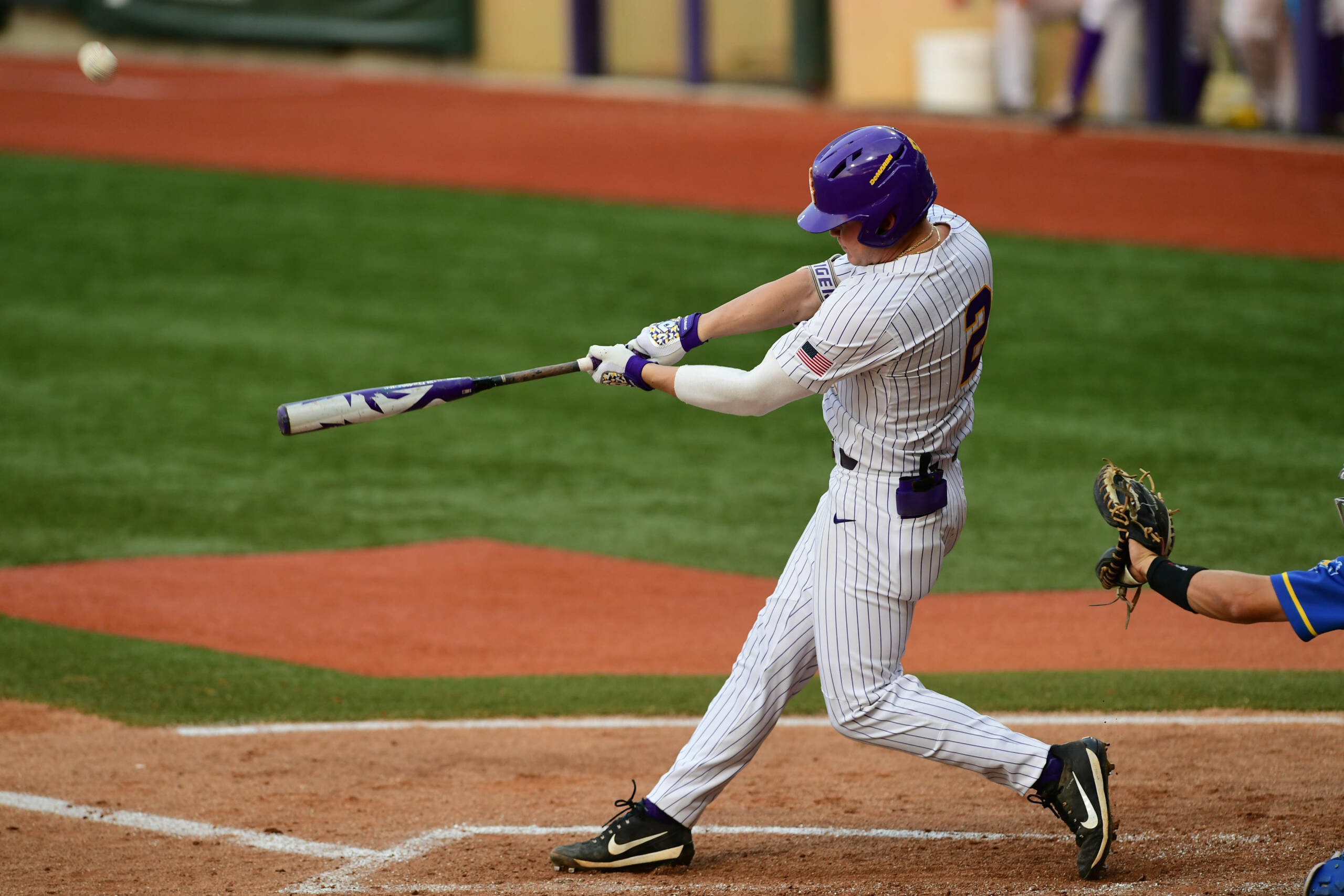 The game was halted after the top of the seventh inning as the teams agreed to a 10-run rule prior to the contest. LSU advanced to 29-20 on the season while McNeese State dropped to 22-27.

The Tigers will be at home this weekend for a SEC series matchup with Alabama. The series opener will be at Alex Box Stadium at 7 p.m. CT on Friday.

LSU freshman reliever Trent Vietmeier (1-0), the second of five LSU pitchers, was credited with the win after pitching 1.1 innings and allowing no runs. Nick Storz, Cam Sanders and Austin Bain combined to throw four scoreless innings to close the game.

Freshman leftfielder Daniel Cabrera led LSU’s 14-hit attack, going 3-for-4 at the plate with a three-run homer – his sixth dinger of the season – and four RBI.

“This was the ultimate example of a ‘trap’ game, playing a good opponent in McNeese right between SEC series with Arkansas and Alabama,” said LSU coach Paul Mainieri. “Fortunately, our players handled it well and realized how important this game was to our season. Our guys were ready to play, we kept swinging the bats well, and before you know it, we had 12 runs on the board in the first three innings.”

Reid Bourque reached on a swinging bunt for McNeese State with one out in the first. He advanced to third on a double from Joe Provenzano. The Cowboys took an early 2-0 lead when Dustin Duhon hit a two-out double to drive in the runners on second and third.

With Duplantis on second in the bottom half of the first, Bain clubbed a double, extending his hit streak to 16 games and getting the Tigers on the board.

With two outs and runners on the corners, catcher Hunter Feduccia dropped a base hit into center field as Bain scored. Cabrera was also able to score on the hit from Feduccia after Jacob Stracner misplayed the ball in center field and LSU took a 3-2 lead after one inning.

The Cowboys evened up the game in the second inning when Brett Whelton got a base hit, driving in Mitchell Rogers. With two outs and runners on second and third, LSU starter Caleb Gilbert walked the bases loaded and Vietmeier came in to replace him. Vietmeier induced a fly ball to Duplantis to get the Tigers out of the inning.

After shortstop Hal Hughes and second baseman Brandt Broussard both reached base to begin the second inning, designated hitter Beau Jordan delivered on a hit and run, driving in Hughes. An infield single by Duplantis brought Broussard in and set the stage for Cabrera. On the first pitch of his at-bat, Cabrera launched one high into the night for a three-run shot, giving LSU an 8-3 lead.

With third baseman Jake Slaughter and Hughes on first and second, Broussard attempted to lay down a sacrifice. Relief pitcher Zach Rider fielded the ball off the mound, but his throw went into the right field bleachers as Slaughter came around to score. After a sacrifice fly from Jordan that scored Hughes, Duplantis drove Broussard home with a single.

Cabrera earned his fourth RBI of the night — tying his career high set against South Carolina on April 22 — by driving in Duplantis, capping off the Tigers’ four-run third.

With Slaughter on third base in the fourth inning, Broussard hit an infield single to the shortstop as LSU took a 13-3 lead.