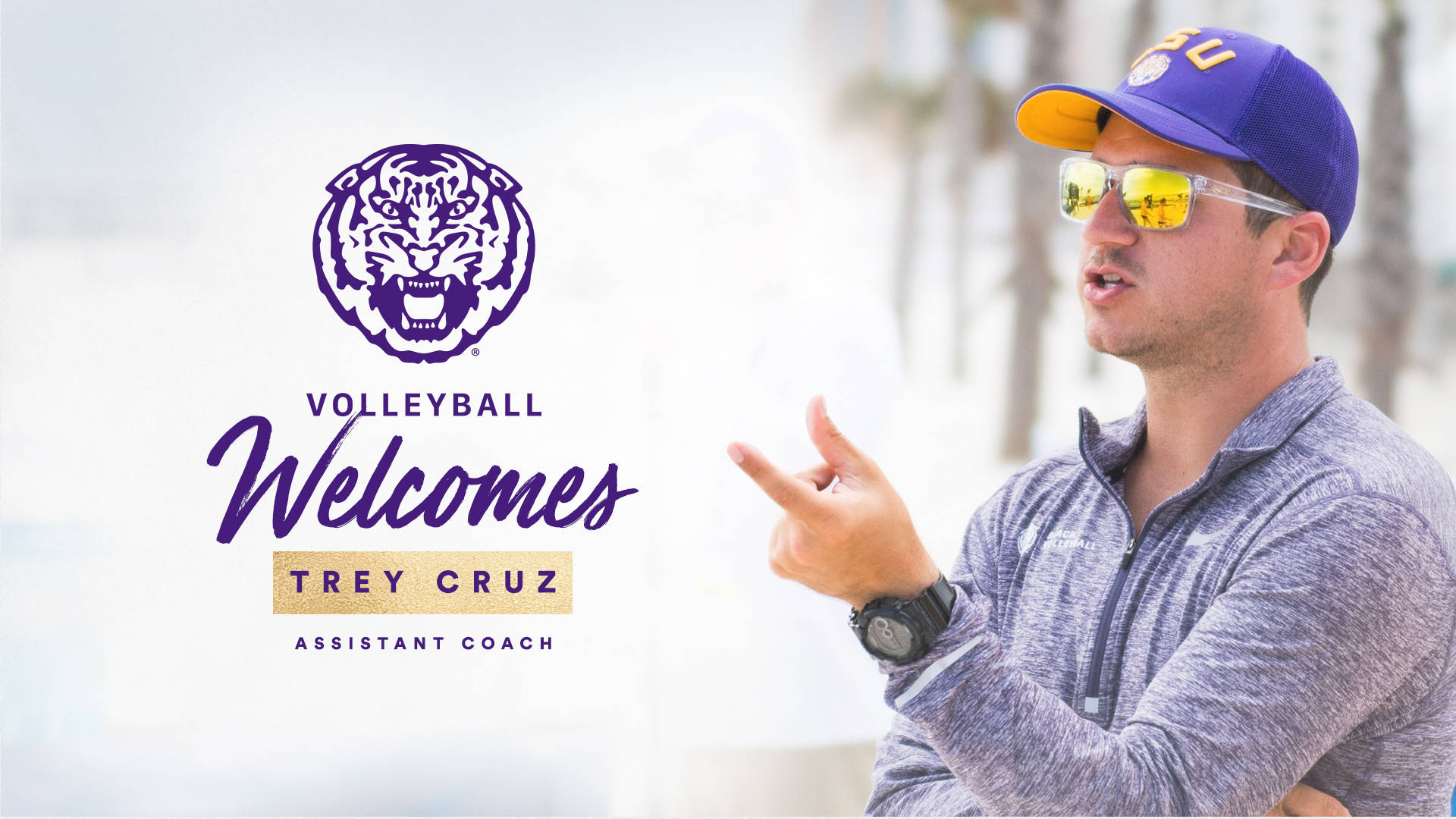 BATON ROUGE – Head volleyball coach Fran Flory has announced the addition of Trey Cruz, who previously was an assistant coach with the LSU beach volleyball program, to the staff Tuesday. Cruz will take the place of previous assistant Ethan Pheister, who took an assistant position at South Carolina.

“I am extremely excited for a special opportunity to work for this historical program under the guidance of Fran Flory,” said Cruz. “Being able to be a part of this amazing university and athletic department is such an honor, there is no way I could pass it up.”

Cruz spent that last two seasons with the LSU beach volleyball team and helped the squad to be one of the top beach programs in the country. Most recently, Cruz helped coach the Tigers to a No. 7 seed in the NCAA Championships, the second consecutive season the Tigers earned a trip to the big dance. The Tigers finished both years ranked sixth in the nation.

“We are thrilled to welcome one of our own back into our program,” said Flory. “Trey is an outstanding young coach who is also a great teacher. His loyalty to our program and to LSU make him the perfect fit.”

Prior to working with the beach program, Cruz spent two seasons with the Louisiana-Lafayette volleyball program, where he was the lead for all video analysis and exchange, helping develop passers and outside hitters.

Cruz is very familiar with the LSU indoor volleyball team and Coach Flory as he served as a manager and video coordinator for seven years (2008-2014). During his time in that roll, Cruz was responsible for equipment organization, match and practice video breakdown, as well as practice organization.

“As a Tiger alumnus, I understand what it means to bleed purple and gold and what LSU athletics brings to the entire state of Louisiana, said Cruz. “I am thrilled to compete alongside an amazing staff and group of young women. I am so very grateful to Fran and Miriam (Segar) for allowing me to help lead this team, and I am excited for the bright future that is ahead.”

As a player-coach for the LSU men’s club volleyball team, Cruz helped guide the team to its first-ever appearance in the NCVF Collegiate Club National Tournament and earned all-conference honors his final season.

Cruz received his bachelor’s of science degree in sports administration, with a minor in business, from LSU in May 2013 and obtained a master’s degree in human resources and leadership development in May 2015.