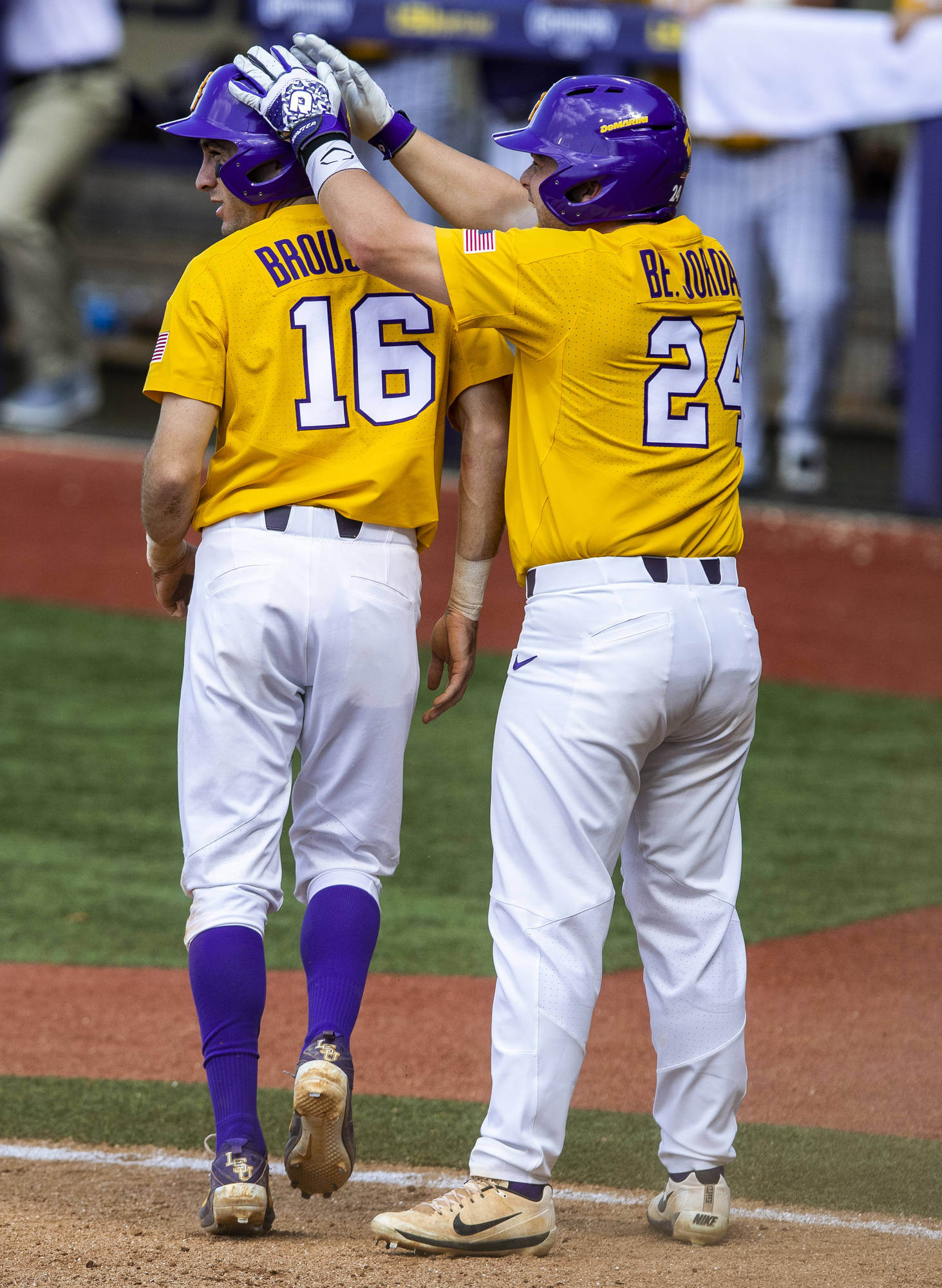 Notes on the Tigers
LSU is currently 12-12 in the SEC, and the Tigers are two games out of first place in the Western Division behind Arkansas (14-10) … LSU won two of three games over the fourth-ranked Razorbacks last weekend in Alex Box Stadium, Skip Bertman Field … freshman right-hander AJ Labas defeated fourth-ranked Arkansas – the SEC’s No. 1 offensive team – on Sunday with a brilliant effort, limiting the Razorbacks to one run on four hits in six innings with no walks and three strikeouts … the outing marked the first career start in an SEC game for Labas, who improved to 6-1 this season while lowering his ERA to 2.98 … Labas retired 13 of the first 14 batters he faced, and the only run he allowed was a solo homer by Arkansas leftfielder Heston Kjerstad in the fifth inning … Labas fired a complete-game shutout versus Lamar in his most recent outing prior to the Arkansas game – he is now 2-0 in his last two starts with a 0.60 ERA in 15 innings, allowing one run on 10 hits with one walk and 12 strikeouts … senior first baseman Austin Bain led LSU to a series victory over fourth-ranked Arkansas last weekend, batting .500 (5-for-10) in three games with two doubles, four RBI and three runs … Bain delivered the game-winning hit in Saturday’s 6-4 win over the Razorbacks, lining a two-out, two-run single in the bottom of the seventh inning to provide the go-ahead runs … he collected two doubles, one RBI and two runs in Sunday’s victory, increasing his SEC-leading doubles total to 18 … Bain also extended his current hitting streak to 15 games, the longest by an LSU player this season … Bain is hitting .410 (25-for-61) during the streak with eight doubles, eight runs and 16 RBI … sophomore right-hander Matthew Beck earned his first career save on Sunday versus Arkansas, firing three scoreless innings and limiting the Razorbacks to no hits with one walk and three strikeouts … freshman right-hander Devin Fontenot earned his first career win on Saturday over Arkansas, firing three scoreless relief innings and allowing just one hit with one walk and two strikeouts … the three-inning outing marked the longest of his career, and he threw a career-high 46 pitches … sophomore right-hander Todd Peterson earned his second save of the season on Saturday, delivering a scoreless ninth inning against Arkansas … Peterson inherited a no-out, runner on first scenario with a 2-0 count on the batter and LSU holding a 6-4 lead … he retired the batter he faced on a fly ball, then struck out the next two Arkansas hitters to end the game … offensive highlights in the Arkansas series were provided by DH Daniel Cabrera (4-for-8, 3 RBI), centerfielder Zach Watson (5-for-12, 2 2B, 2 RBI), leftfielder Beau Jordan (5-for-13, 1 2B, 1 HR, 1 RBI) and rightfielder Antoine Duplantis (4-for-13, 1 2B, 2 RBI).