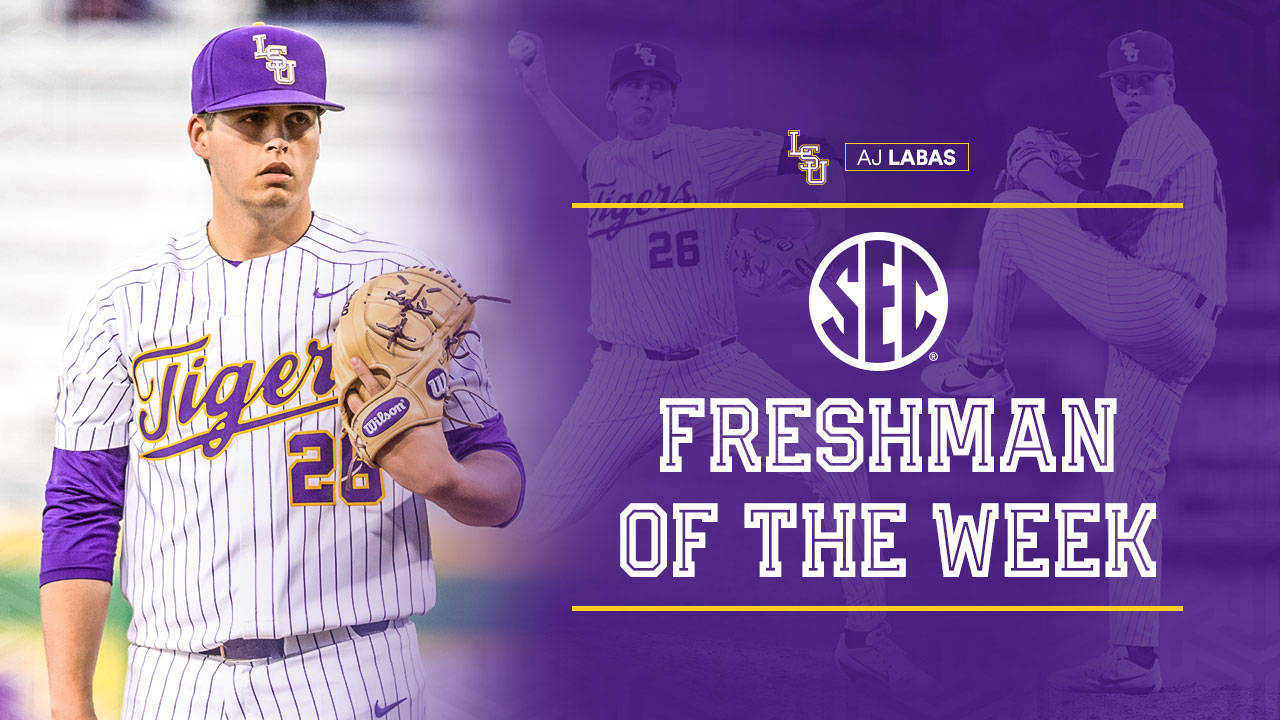 Labas, a product of Fleming Island, Fla., defeated fourth-ranked Arkansas – the SEC’s No. 1 offensive team – on Sunday with a brilliant effort, limiting the Razorbacks to one run on four hits in six innings with no walks and three strikeouts.

The outing marked the first career start in an SEC game for Labas, who improved to 6-1 this season while lowering his ERA to 2.98. He retired 13 of the first 14 batters he faced, and the only run he allowed was a solo homer by Arkansas leftfielder Heston Kjerstad in the fifth inning.

Labas fired a complete-game shutout versus Lamar in his most recent outing prior to the Arkansas game – he is now 2-0 in his last two starts with a 0.60 ERA in 15 innings, allowing one run on 10 hits with one walk and 12 strikeouts.