Baseball Takes Series Against No. 4 Arkansas 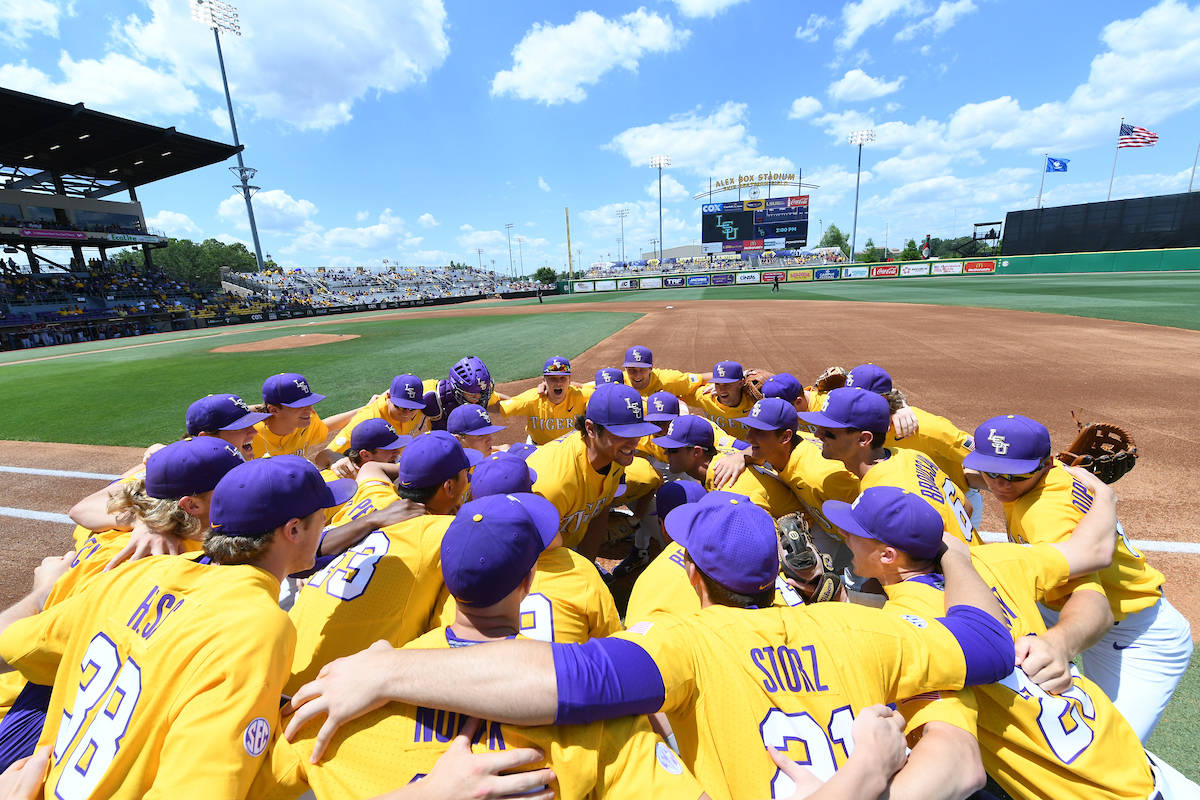 BATON ROUGE, La. — Another strong performance from freshman right-hander AJ Labas on the mound and a four-run fifth inning propelled the LSU baseball team to a 7-5 victory and a series win over the No. 4 Arkansas Razorbacks Sunday afternoon at Alex Box Stadium, Skip Bertman Field.

The Tigers will return to action Wednesday for a non-conference midweek matchup with McNeese State at 6:30 p.m. CT at The Box.

Labas (6-1) picked up the win Sunday, pitching six innings and giving up just one earned run while striking out three with no walks.

LSU right-hander Matthew Beck was brilliant in relief, firing three shutout innings with no hits, one walk and three strikeouts to earn his first save of the season.

Sunday’s win secured LSU’s seventh straight series victory over Arkansas and the Tigers’ 13th series win over the Razorbacks in the last 14 seasons.

“We knew how important this series was for us, and even though we lost Game 1 on Friday, I thought we played loose and confident the entire weekend,” said LSU coach Paul Mainieri. “We decided to throw caution to the wind, let it rip and have fun, and we earned two wins against a great Arkansas team.

“AJ Labas went out there and gave us six unbelievable innings, and Matthew Beck was phenomenal over the last three innings. It was a tremendous victory, and it gives our players an amazing feeling of belief in themselves.”

Catcher Hunter Feduccia put the Tigers on the board first in the bottom of the fourth inning, driving a double to right center field that scored centerfielder Zach Watson from second base.

The Razorbacks quickly countered with a solo home run off the bat of Heston Kjerstad in the top of the fifth, tying the game at one run apiece.

LSU regained the lead in the bottom of the fifth on a single to center field from rightfielder Antoine Duplantis that scored shortstop Hal Hughes. First baseman Austin Bain followed with a double to deep right field, scoring leftfielder Beau Jordan from third.
Bain increased his current hitting streak to 15 straight games with the RBI hit and Arkansas went to its bullpen with runners on second and third and DH Daniel Cabrera at the plate.

Cabrera increased LSU’s lead to 4-1 with a sacrifice fly to right field that plated Duplantis before Watson scored Bain on an RBI single to left to cap off a four-run fifth inning for the Tigers.

LSU carried over its offensive momentum in the bottom of the sixth as second baseman Brandt Broussard scored from second base on an RBI single from Hughes, running the Tigers’ lead to 6-1.

Lefty Nick Bush entered the game in the top of the seventh in relief of Labas and gave up two runs on a single to center field off the bat of Kjerstad, trimming LSU’s lead to 6-3. The Tigers then turned to Beck to end the scoring threat in the seventh, and Beck responded with two quick outs before a fielding error by Bain allowed two more Arkansas runs to score.

LSU tacked on another run in the bottom of the seventh as Bain crossed the plate on an RBI single to left field off the bat of Watson, giving the Tigers the 7-5 lead with two innings to play.

Beck returned to the mound to pitch a pair of scoreless frames in the eighth and ninth innings to close the game out for LSU and secure the series against the fourth-ranked Razorbacks.