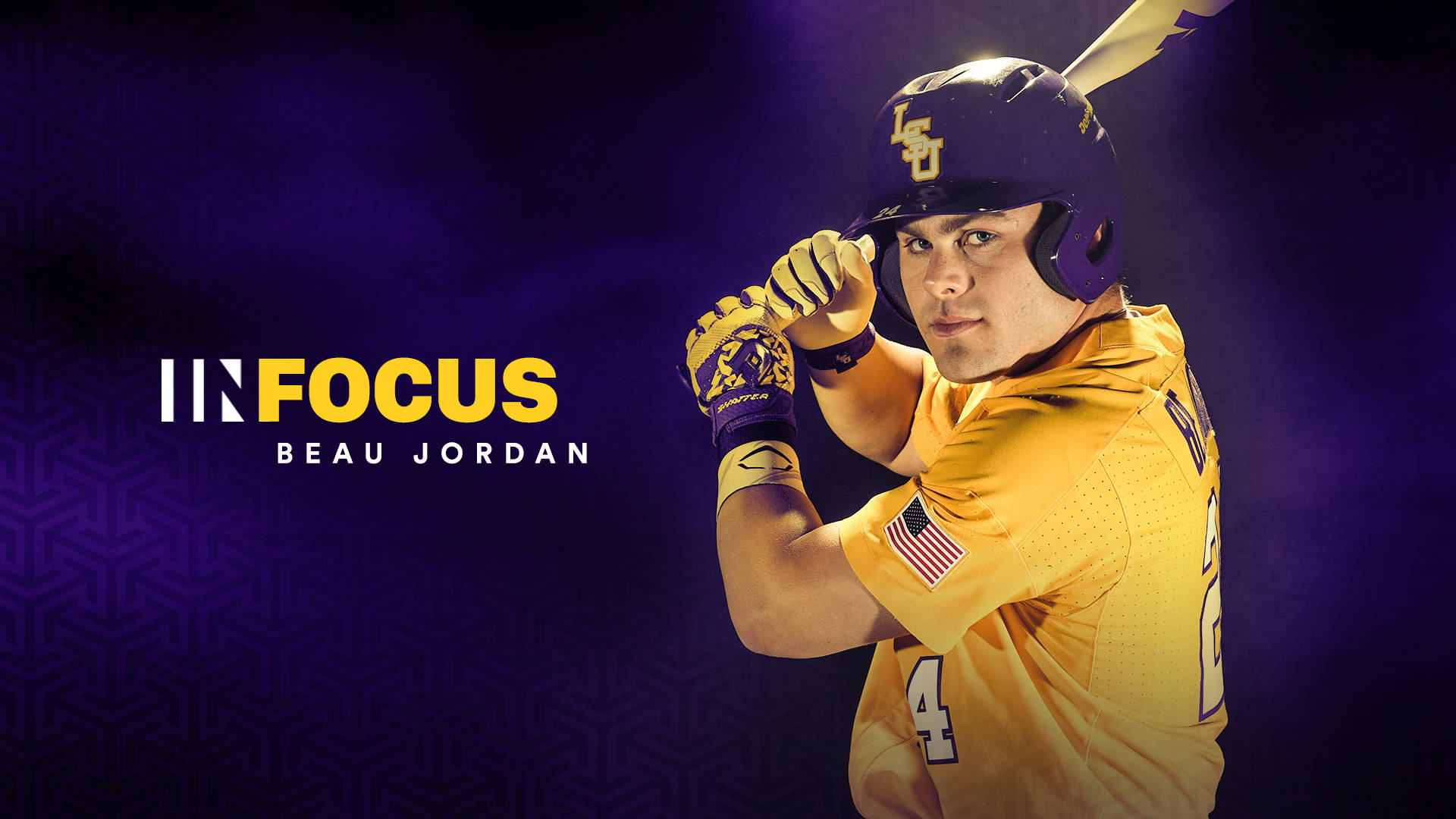 Nine years ago, senior outfielder Beau Jordan got his first taste of LSU baseball from a player’s perspective. The first time Jordan stepped on the field at LSU, he was sporting a Little League patch on his sleeve. In 2009, his Little League World Series team traveled to The Box to watch batting practice before the LSU game started.

The wide-eyed 13-year-old dreamed of his shot to take that field again someday, never thinking that some of the players he met that day would one day become his coaches.

In a blink of an eye, Jordan found himself running onto that same field with the letters L-S-U across his chest. His dream came full turn this year when former Tiger Sean Ochinko became his hitting coach. Ochinko, who was a junior catcher/first baseman during the 2009 season, remembers the visit from Jordan’s little league team quite well.

Jordan can’t look back at the past few years at LSU without feeling blessed. He has been able to play alongside his twin brother, Bryce, and couldn’t imagine his LSU career any differently.

“It’s an honor to come out here and play,” Beau said. “A lot of people don’t get this opportunity, especially to play with their twin brother.”

Bryce Jordan missed the entire 2017 season after tearing his ACL just weeks before the season started. Bryce recovered and launched a grand slam home run in his first game back against Notre Dame on February 16, 2018. His comeback tops the most incredible moments for not only himself, but also for his proud brother, Beau.

With this being the last season that they will play together as Tigers, Bryce wants to take in every moment with Beau. He’s living for every moment they get to play together and hoping they’ll leave a legacy, just as those who played before them did.

But days at The Box for Beau are not complete without both of his brothers. With Bryce next to him in the dugout, Beau looks to the seats to find his 17-year old brother, Brock, who can be heard loudly leading cheers in the stands. Win or lose, the Jordan twins know they will always have their number one fan behind them.

“If you’re not cheering, Brock will get mad at you and call you out,” Beau said.

According to Bryce, with four years under his belt as a Tiger, Beau has become the vocal leader on the team. It is Beau’s time to teach the young players the ways and traditions of LSU baseball.

“He’s been in the lineup for four years, he’s a great person to look up to and does the right things,” Bryce said.

Beau left his mark in Omaha last June when he blasted a solo shot out of TD Ameritrade Park in the 6-1 semifinal win over Oregon State. Beau totaled four home runs each season in 2016 and 2017. He currently holds six for the 2018 season.

His sixth home run of the season came on April 13 when he answered coach Paul Mainieri‘s request to hit in the leadoff spot for the first time in his career. Beau drilled the first pitch over the left-center fence to give the Tigers a very early lead at The Box, which helped secure the 9-3 win against Tennessee.

His relentless spirit shines as he hopes to get the team back to Omaha. Returning for a third time is his own goal, but Beau wants to take the younger players there. The spirit of Omaha is something that Beau believes the team must feel and see.

“I want them to experience the crowd because you don’t fully understand how many LSU fans are there till you get on the field and play,” Beau said.

With more games left, Beau is ready to give it all he has.

“It’s not over yet, the season hasn’t gone the way we wanted it to, but we are right there in it,” Beau said. “Hopefully, we finish out on top, that’s always the goal.”