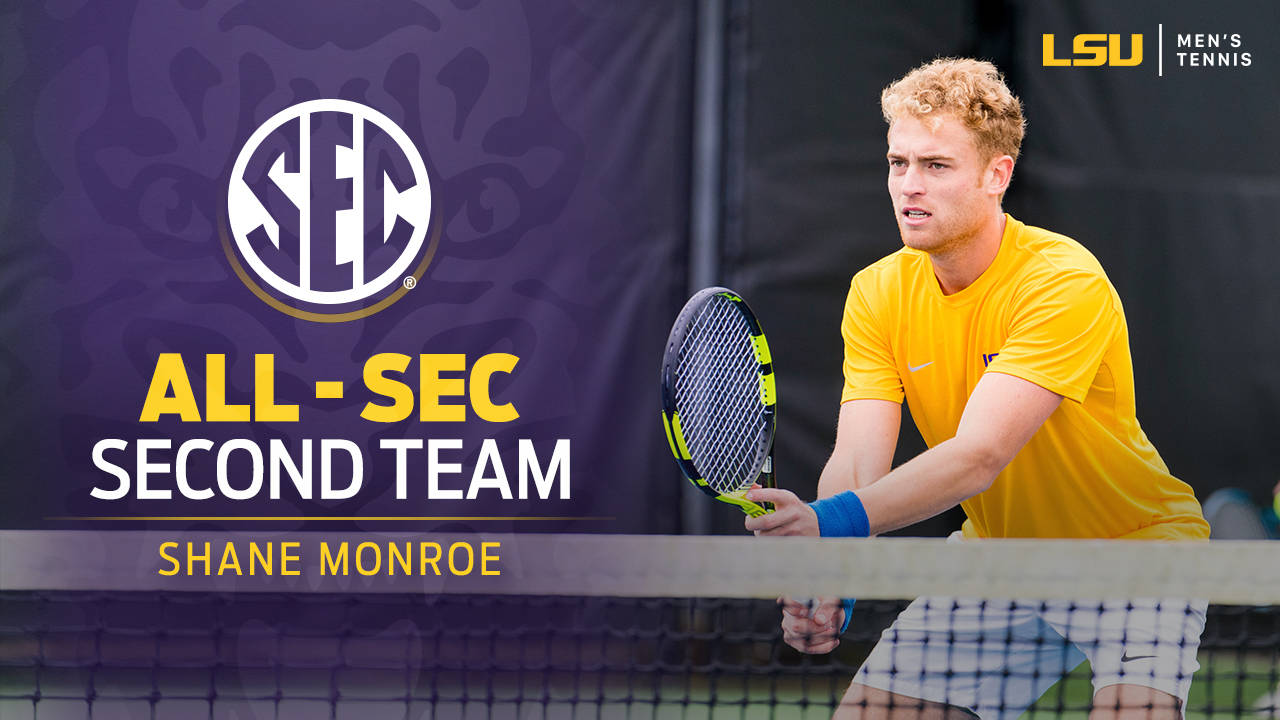 Monroe was the Tigers’ court one mainstay and sits at No. 73 in the ITA singles rankings. He compiled 10 wins in the dual season, including two against ranked opponents. The junior worked a three-set thriller against South Carolina’s No. 24 Gabriel Friedrich, 2-6, 7-5, 1-0(7) and compiled a straight-set win against Alabama’s No. 92 Mazen Osama.

“After being out of college tennis for a year and a half due to transferring to LSU, it is a great accomplishment for Shane to be named to the all-conference team,” co-head coach Chris Brandi said. “He has improved tremendously since the season began, and it shows how committed he is to tennis. He should be very proud, and we are all very excited to see what’s in store for him as a senior next season.”