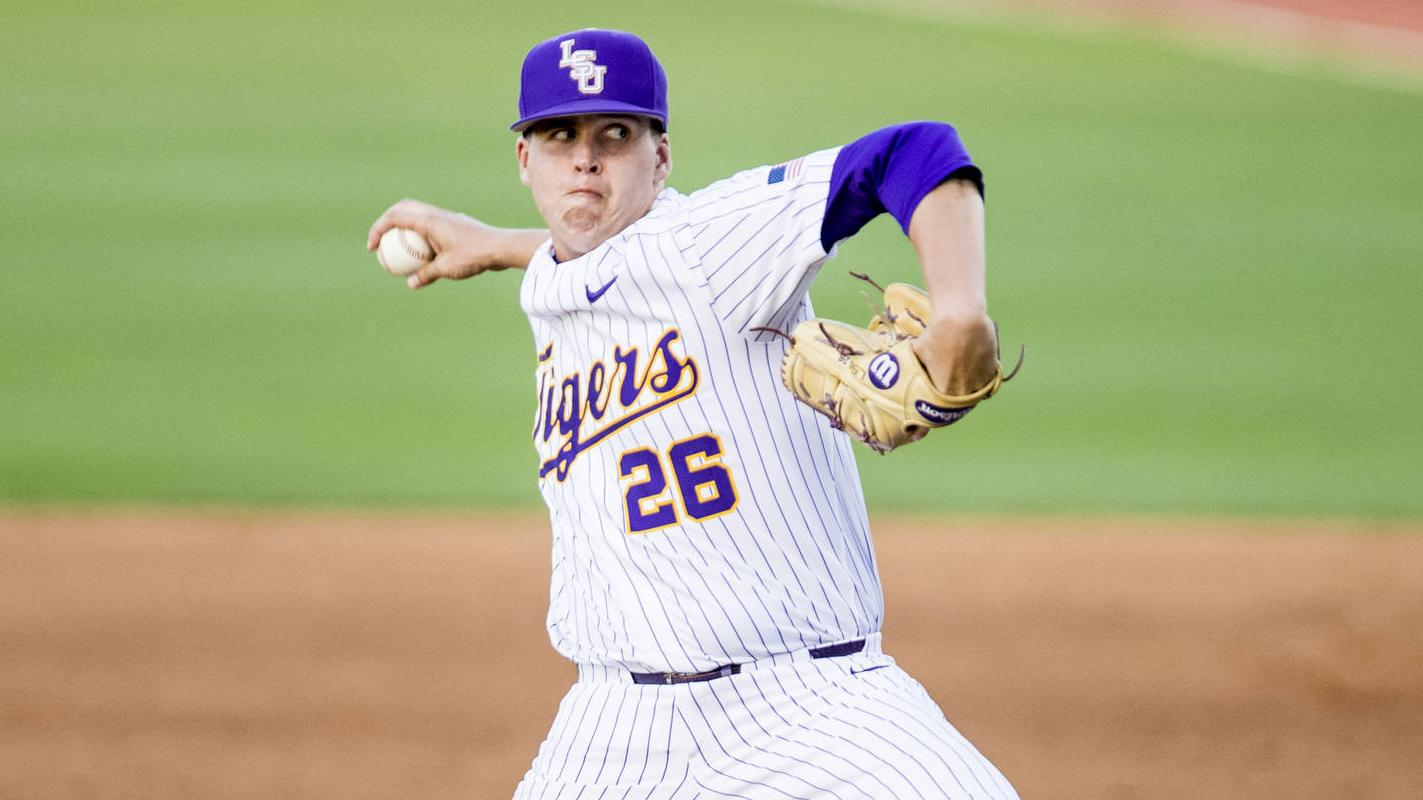 Notes on the Tigers
LSU is currently 10-11 in the SEC, and the Tigers are three games out of first place in the Western Division behind Arkansas (13-8) … LSU will play host to Arkansas this weekend in Alex Box Stadium, Skip Bertman Field … freshman right-hander Ma’Khail Hilliard defeated fifth-ranked Ole Miss with a brilliant outing on Friday night … Hilliard limited the Rebels to one run on four hits through a career-high seven innings with three walks and six strikeouts, leading LSU to a 5-2 win … he allowed one run against Ole Miss in the bottom of the first inning and then fired six straight shutout innings to complete his outing, firing a career-high 107 pitches … Ole Miss entered Friday’s game against Hilliard with the second-highest team batting average in the SEC (.304), but Hilliard silenced the Rebels’ bats, retiring 16 of the final 19 batters he faced, including the last seven in a row … freshman right-hander AJ Labas earned a complete-game shutout and struck out a career-high nine batters to defeat Lamar on Tuesday night in Baton Rouge … he scattered six hits, issued just one walk and threw 103 pitches in the outing … Labas’ gem marked the first nine-inning complete-game shutout by an LSU pitcher since Alex Lange blanked Auburn on May 11 of last season … Labas became the first LSU pitcher to record a shutout in a midweek non-conference game since May 17, 2011, when Tyler Jones accomplished the feat at New Orleans … junior rightfielder Antoine Duplantis hit .471 (8-for-17) in the Tigers’ four games last week with one triple, four RBI, five runs and one stolen base … Duplantis is third in the SEC in base hits this season with 64, and he is seventh in the league in batting average (.354) .. sophomore centerfielder Zach Watson hit .400 (6-for-15) last week with three doubles, two RBI and three runs … junior catcher Hunter Feduccia produced a double and five RBI last week, including three RBI in LSU’s win at fifth-ranked Ole Miss on Friday night … senior first baseman Austin Bain belted three doubles last week, and he leads the SEC in doubles this season with 16.