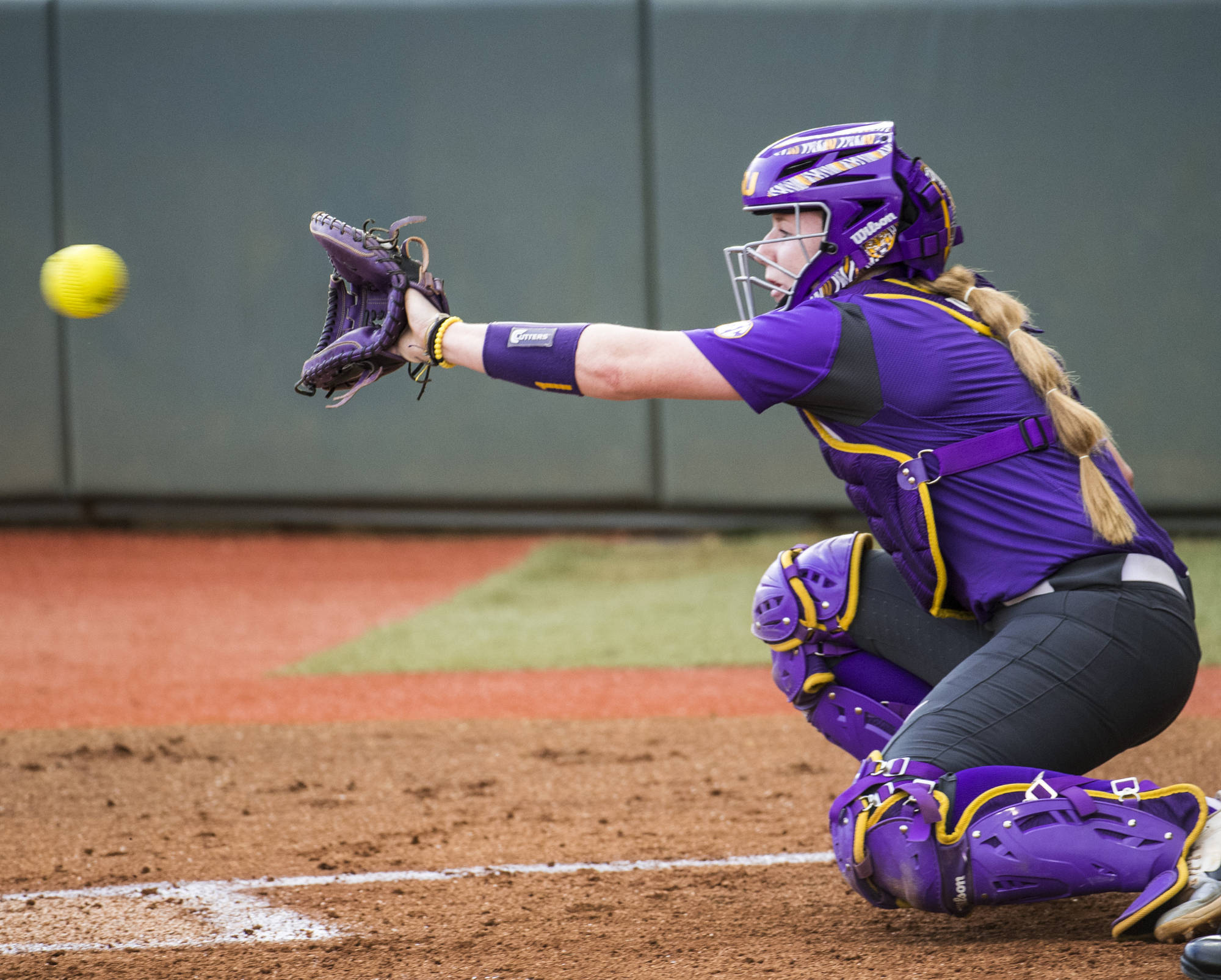 GAINESVILLE, Fla. – The 13th-ranked LSU Softball team fell to No. 5 Florida, 5-3, in the series finale on Sunday afternoon in Katie Seashole Pressly Stadium. The Tigers are now 37-13 on the year and 10-10 in the SEC. Florida improves to 44-8 overall and 17-4 in conference action.

After four scoreless innings, the Tigers got on the board first in the fifth inning when junior Shemiah Sanchez smashed a solo shot over the left field wall, giving the Tigers a 1-0 lead. Shelbi Sunseri followed with a single, and with two outs, Michaela Schlattman sent her second home run of the weekend over the left center wall, extending the Tigers’ lead to 3-0.

Sunseri was solid in the circle for four innings, retiring nine-straight from the second through the fourth innings. But Florida’s bats started to catch up, putting the first two batters on base in the bottom of the fifth off a single and a walk.

The Tigers went to the bullpen, bringing in Maribeth Gorsuch, who helped shut out the Gators on Saturday. Gorsuch struck out the first batter she faced, but walked the next to load the bases.

Florida hit a one-out, three RBI triple to answer LSU’s three runs and tie the game up 3-3. Another run came across on the next play off an RBI single to right field, giving the Gators the 4-3 lead.

The Gators used a sacrifice fly in the sixth inning to score their fifth and final run of the game.

Notes
>> Sanchez’s home run in the fifth inning was her fifth dinger of the season. Schlattman’s home run was her fourth of the year and second in the Florida series. The Tigers have now hit 31 on the season.

>> The Tigers had three hits on the day, all coming in the fifth inning. Sanchez, Sunseri and Schlattman all had one.

On Deck
LSU returns home to Baton Rouge for its final three games of regular season. The Tigers will play host to Arkansas Friday through Sunday of next week and will celebrate four seniors in Emily Griggs, Carley Hoover, Sydney Loupe and Allie Walljasper.