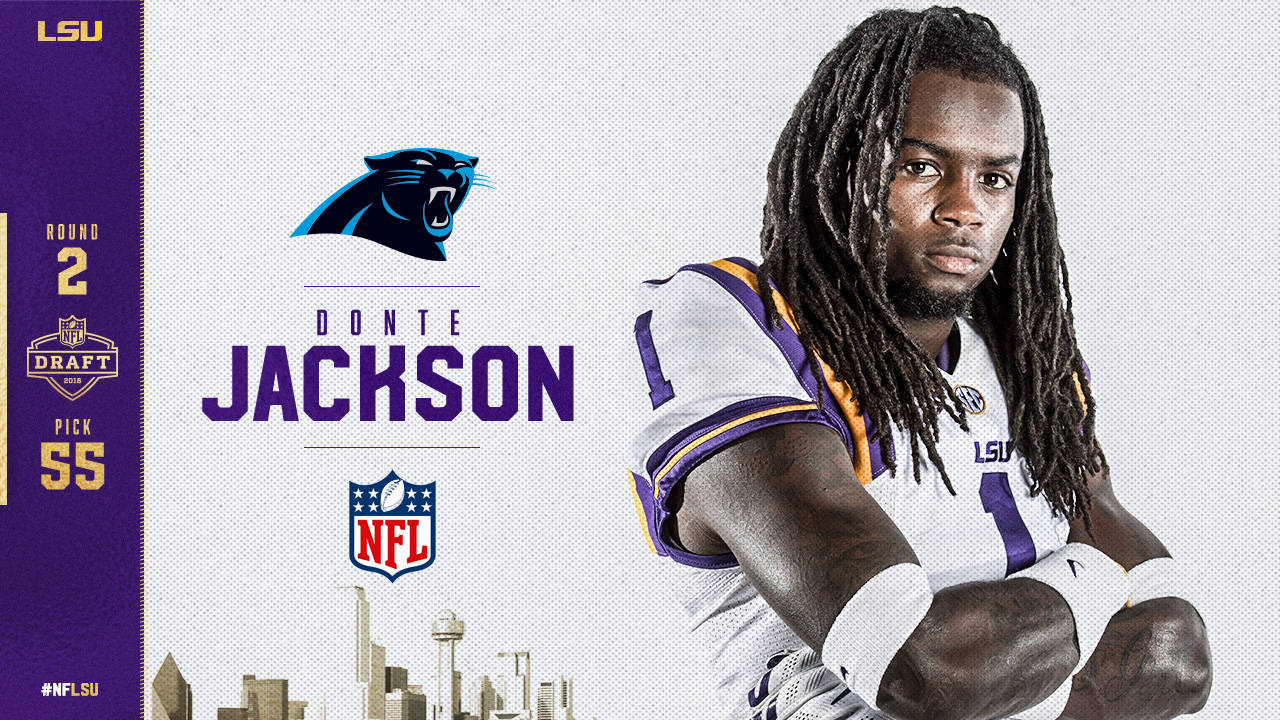 BATON ROUGE – Defensive back Donte Jackson led a group of four LSU players selected on the second day of the NFL Draft when he was picked 55th overall by the Carolina Panthers.

Jackson was the first of four Tigers picked during the second and third rounds on Friday. He was followed by running back Derrius Guice, who was taken 59th overall by the Washington Redskins and wide receiver DJ Chark, who was selected 61st overall by the Jacksonville Jaguars.

Chark will join former Tiger All-American Leonard Fournette in Jacksonville. Fournette was selected with the fourth overall pick by the Jaguars last year.

LSU’s final pick on Friday came in the third round when edge rusher Arden Key was picked 87th overall by the Oakland Raiders.

It’s the 13th straight year that LSU has had at least four players selected in the NFL Draft, a streak that dates back to the 2006 draft.