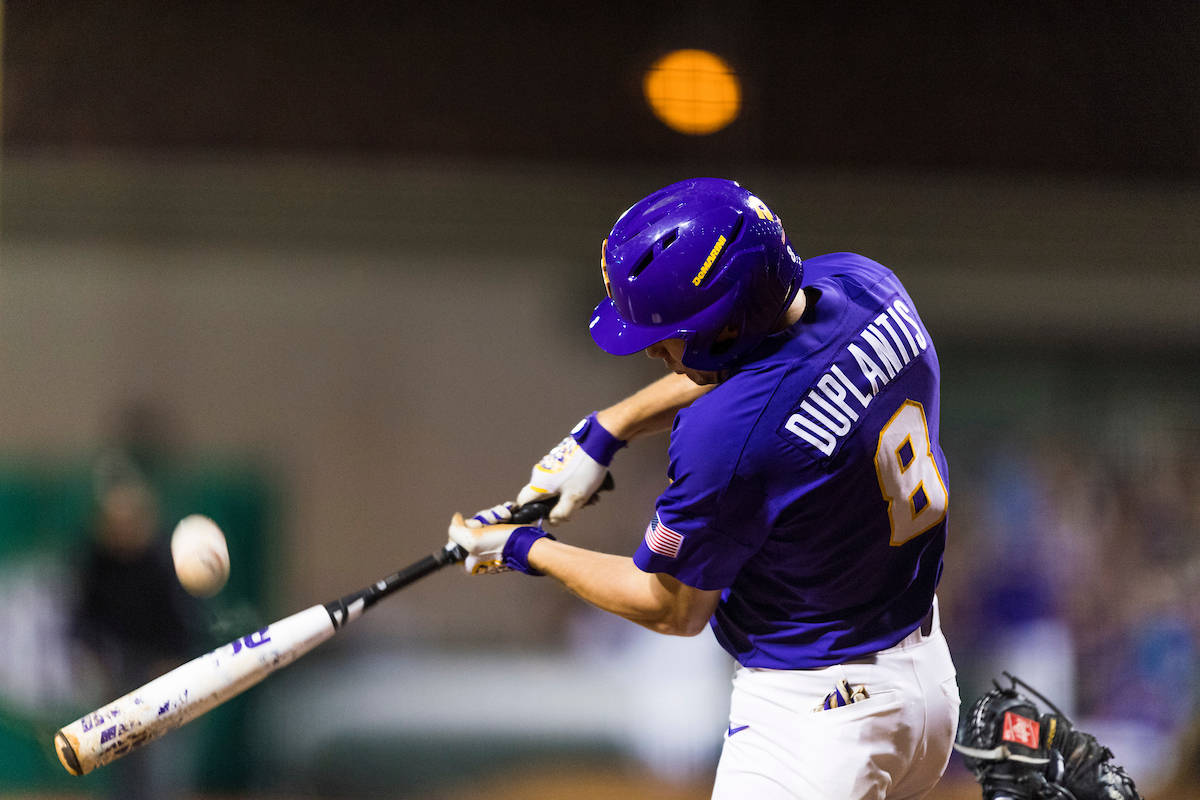 The series will conclude at 3 p.m. CT Saturday in a game that will be televised by ESPNU, and it can be heard on affiliates of the LSU Sports Radio Network.

“This was a tremendous team win, a much-needed win,” said LSU coach Paul Mainieri. “Ma’Khail was outstanding tonight. When your pitcher is out there pitching his heart out, it inspires the rest of your team.”

Hilliard (8-3) worked a career-high seven innings, firing 107 pitches and allowing just one run on four hits with three walks and six strikeouts. The Rebels entered the game with the second-highest team batting average in the SEC (.304).

LSU catcher Hunter Feduccia drove in three runs and rightfielder Antoine Duplantis was 3-for-5 with an RBI triple to lead the Tigers’ 10-hit attack.

Ole Miss starter Brady Feigl (7-3) was charged with the loss, surrendering two runs on six hits in 6.2 innings with one walk and nine strikeouts.

Ole Miss took a 1-0 lead in the bottom of the first inning when shortstop Grae Kessinger singled, moved to second on second baseman Jacob Adams’ groundout and scored on a single by catcher Nick Fortes.

Hilliard, however, blanked the Rebels over the next six innings, and the Tigers finally scored against Feigl in the top of the sixth. Duplantis singled to lead off the inning, but Feigl retired the next two LSU hitters before walking centerfielder Zach Watson. Feduccia then delivered a double into the left-centerfield gap, giving the Tigers a 2-1 lead.

LSU increased the advantage to 3-1 in the seventh against reliever Will Stokes when third baseman Jake Slaughter walked and scored on a triple by Duplantis.

The Tigers added two more runs in the eighth when Feduccia smacked an RBI single and shortstop Hal Hughes delivered a run-scoring base hit.

LSU left-hander Nick Bush replaced Hilliard on the mound to start the eighth inning, and he gave up a one-out solo homer to Fortes to reduce the Tigers’ lead to 5-2.

Bush retired the next two Rebel hitters in the eighth and pitched around a walk in the ninth to preserve the win.