LSU Drops Game One at Florida, 7-0 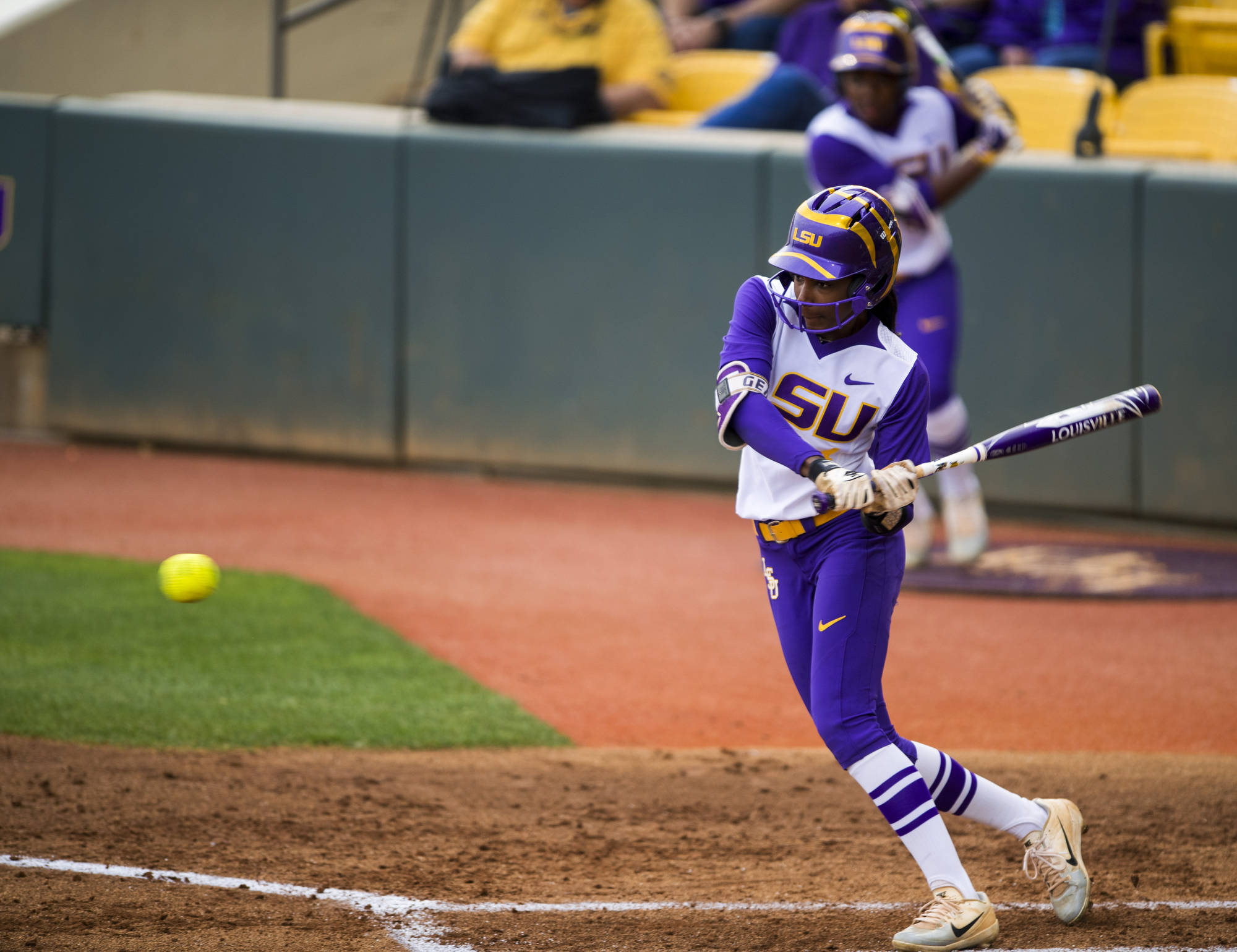 GAINESVILLE, Fla. – The 13th-ranked LSU softball team dropped the first game of the three-game series to No. 5 Florida, 7-0, Friday evening at Katie Seashole Pressly Stadium. LSU is now 36-12 on the year and 9-9 in the SEC. Florida moves to 43-7 overall and 16-3 in conference play.

Aliyah Andrews got things started for the Tigers in the top of the first inning. She laid down a bunt-single, but she would be left there as the next three went down in order.

LSU senior Carley Hoover shut down the Gators’ threat in the first inning, but three runs came across for Florida in the third on a double to right center and an infield single, taking a 3-0 lead against the Tigers.

Junior Michaela Schlattman registered hit number two for the Tigers as she led off the third with a single through the right side. She came around to third on Becca Schulte‘s sacrifice bunt and a ground out by Andrews, but the threat ended on a strikeout.

Another hit came in the fourth for the Tigers as Shemiah Sanchez singled to shallow right field with two outs. She was stranded as another strikeout ended the inning.

Hoover kept Florida off balance in the third and fourth, but the Gators put another run across on an RBI groundout in the fifth. The Tigers brought in Shelbi Sunseri in the sixth, but the Gators plated three more runs to take a 7-0 lead.

Florida’s Kelly Barnhill earns the win and improves to 23-1 on the year. She struck out 15 on the game.

Notes
>> Shelbi Sunseri made her fourth appearance of the year, coming in the sixth inning.

>> LSU had three hits on the game. Andrews, Schlattman and Sanchez each had one.

On Deck
LSU will meet the Gators again on Saturday at 11 a.m. CT/12 p.m. ET. The game will air on ESPN2 with Tiffany Greene and Amanda Scorborough on the call.