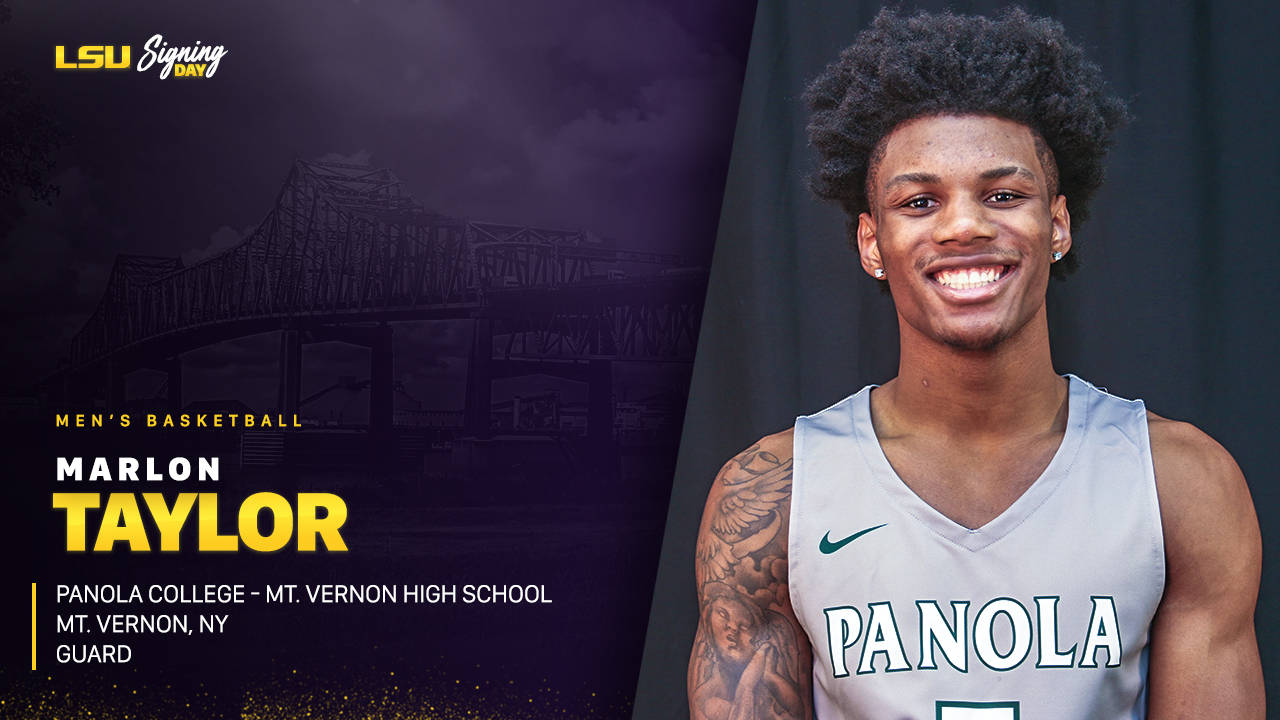 Taylor’s national letter-of-intent papers were received and approved by the LSU Compliance Department as he becomes the second signee of the spring signing period for the Tigers, nationally ranked in the top five in signing classes for the 2018-19 season.

Taylor, 6-6, whose hometown is Mt. Vernon, New York, finished his sophomore year at Panola and will have two years of eligibility when he joins the Tigers.

“We are pleased to have Marlon Taylor of Panola joining the LSU Basketball team” said coach Wade. “He is an athletic wing who can make shots, defend and rebound. He has a good work ethic and knowledge of the game and we look forward to him continuing to develop his skills at LSU.”

Panola was 20-12 this past season, advancing to the NJCAA Region 14 Tournament quarterfinals. In Taylor’s freshman season, the team went 26-9 and advanced to the second round of the NJCAA national tournament for the first time since 1979 after winning the Region 14 tournament. Grant McMillan was Taylor’s coach at Panola.