Tigers Atop SEC Leaderboard After 36 Holes of Play 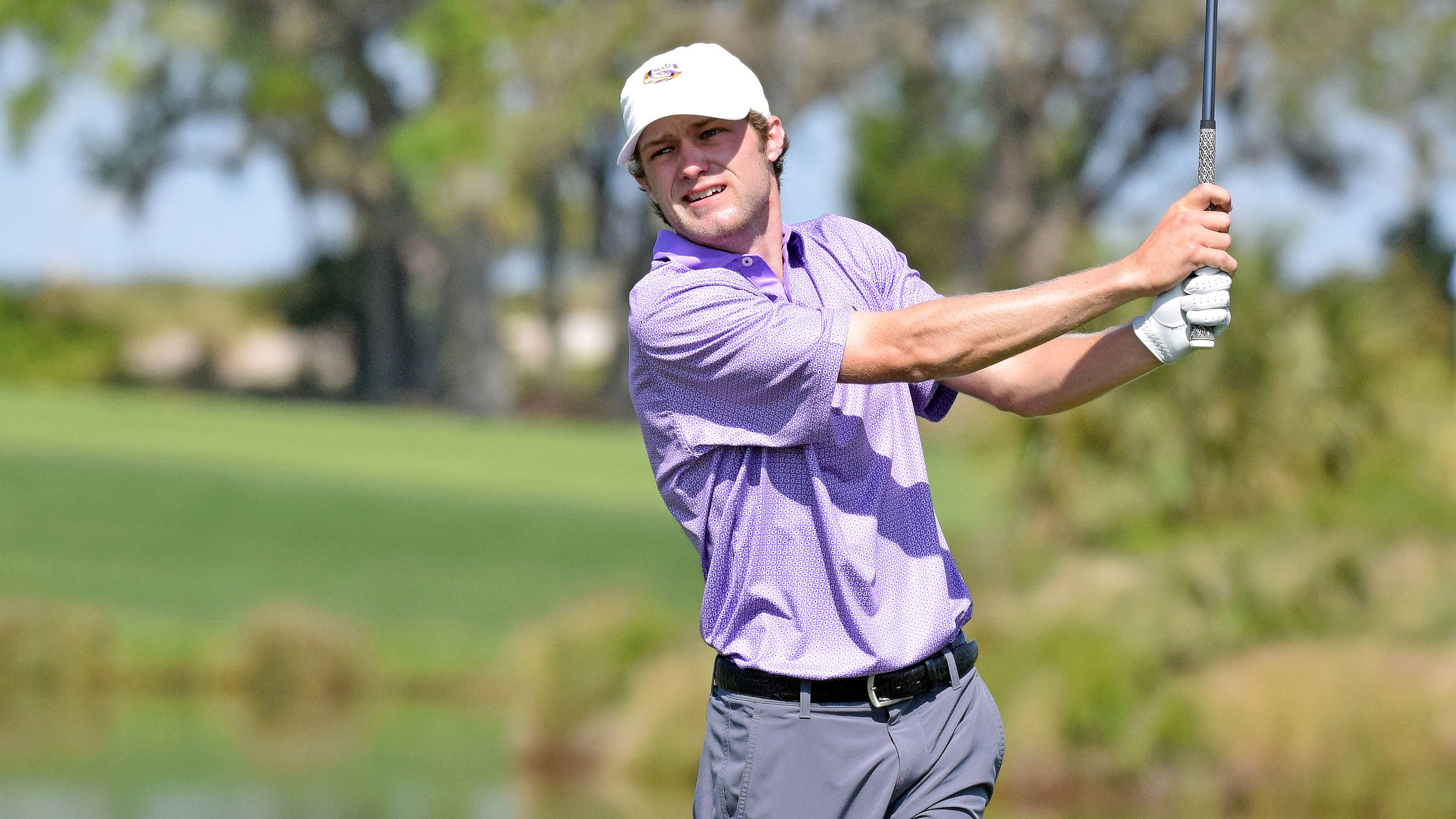 St. Simons Island, Ga. – After 36 holes of play at the 2018 SEC Championship, the LSU men’s golf team checks in as the clubhouse leader with a team score of 3-under par 557 (281-276). The Tigers threw together a 4-under par 276 in the second round to register the best team round on the second day of competition.

Leading the way for the Purple and Gold has been a pair of upperclassmen – Nathan Jeansonne and Luis Gagne. The duo currently is in a four-way tie for second place at 4-under par overall, one stroke off of the top individual (Cecil Wegener – Ole Miss – 5-under par).

Jeansonne, playing in his first career SEC tournament, carded a 4-under par 66 on Thursday thanks to seven birdies throughout the round. The junior from Keithville, La., went out in an impressive three birdies and six pars. After birdieing the 10th and 12th holes to reach 5-under for the round, Jeansonne played the final six holes of the round at 1-over par. Jeansonne’s two-round total sits at 136 (70-66).

Gagne entered the round as the sole leader of the tournament after 18 holes and he fired an even par 70 on Thursday to finish 36 holes in a tie for second at 4-under par 136 (66-70). Gagne’s second round featured a three birdies and three bogeys crunched around 12 pars. As a team, the Tigers own the tournament lead in birdies made (32) and par-3 scoring (3.00 avg.). The direct result of LSU sitting atop those categories is the play of Jeansonne and Gagne who are both individually tied for the lead in those categories with nine birdies and an individual 2.63 scoring average on the par 3s.

Philip Barbaree registered his first-career SEC tournament round below par with a 1-under 69 to move up 22 spots into a tie for 31st place with a two-day total of 144 (75-69). The sophomore rolled in three birdies, 13 pars and two bogeys during the second round. Jacob Bergeron followed his round one 70 with a 1-over par 71 on Thursday to put himself in a tie for 13th place. Bergeron had 13 pars during the second round to run his two-day total to 29, which is the most in the tournament. Trey Winstead rounded out the LSU efforts with a 6-over par 76; he is in a tie for 67th place.

Friday will serve as the final round of stroke play for the SEC Championship. Following the conclusion of the round, the individual medalist of the stroke play portion of the tournament will be honored and the matchups for Saturday’s quarterfinal match play format will be determined for the top eight teams.