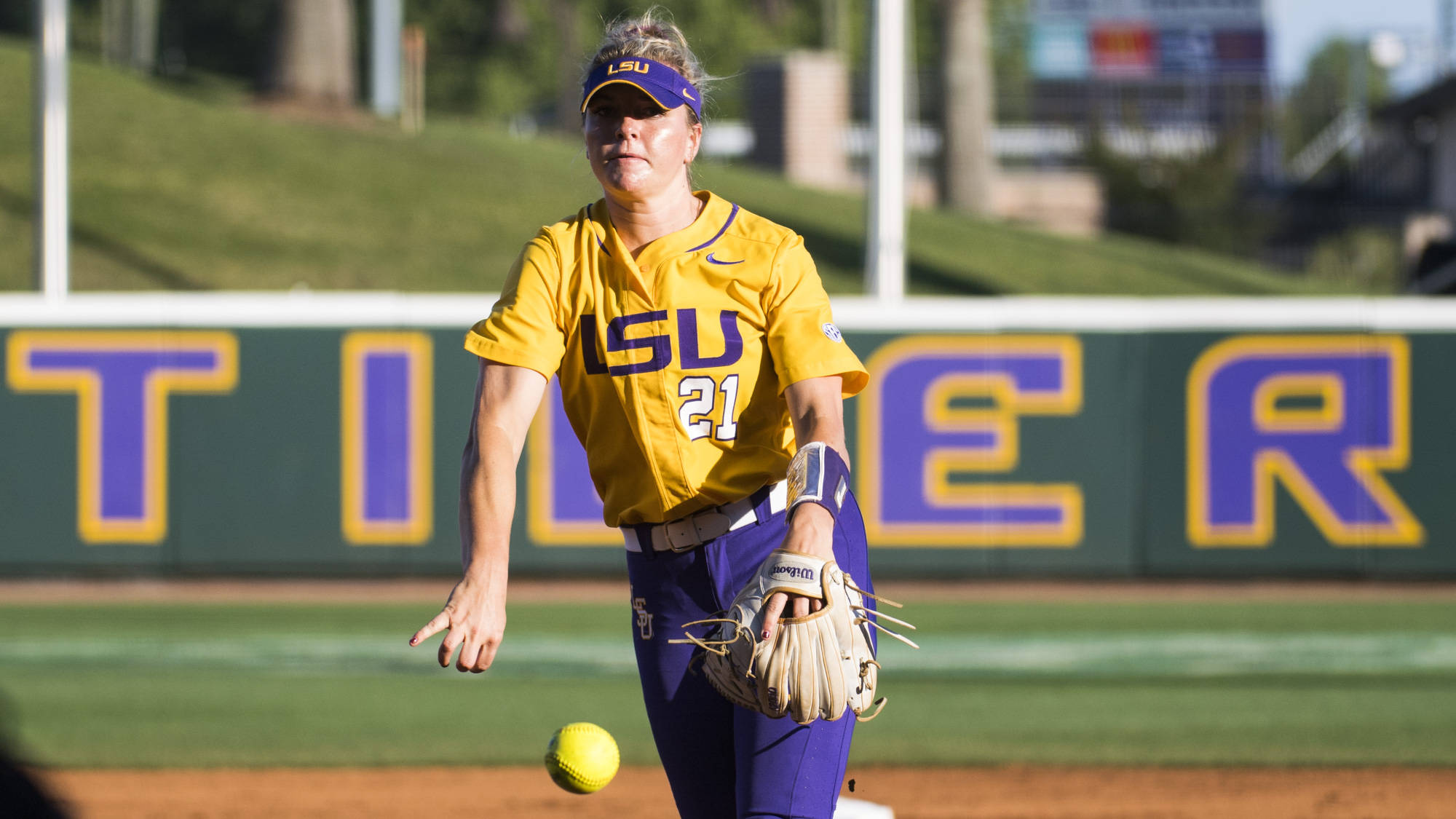 BATON ROUGE – After winning four out of its last five games, the 13th-ranked LSU softball team will travel to No. 5 Florida this weekend, the Tigers final road SEC series of the season.

Friday’s series opener is slated for 4:30 p.m. CT start and will air on SEC Network. Saturday and Sunday’s games both have 11 a.m. CT start times and will both air on ESPN2. Tiffany Greene and Amanda Scorborough will be on the call.

>> The Tigers won that series in 2015, winning the two games on the back end of the weekend, which is the last time the Tigers won a series against Florida.

Torina’s Thoughts
“Our team is talented and I think we have everything it takes. We are ready for this weekend. We’re going to have to find a way to score. They have a great pitching staff, one of the top staffs in the country. And we need to keep their offense in check to allow us to be in the ball game.”

About LSU
LSU heads into the weekend with an overall record of 36-11 and sits in seventh of the SEC with a 9-8 mark. The Tigers won four out of their last five games, including two big wins over then-No. 9 Texas A&M. Aliyah Andrews and Amanda Doyle lead the offense with .341 and .340 batting averages, respectively. Carley Hoover and Allie Walljasper are one of the top duos in the country. Hoover leads the team in strikeouts with a total of 172, while Walljasper has the lowest ERA at 1.05. The Tigers are hitting .263 on the year and hold their opponents to a .176 average.

About Florida
Florida goes into the weekend with a 42-7 overall record and are at the top of the conference with a 15-3 mark. The Gators have won their last eight games and are coming off a midweek 5-1 win over No. 8/6 Florida State. Amanda Lorenze leads the Gator offense with a .415 batting average, which is sixth in the league. Kelly Barnhill and Aleshia Ocasio are top duo in the country. Barnhill owns a 0.85 earned run average which is seventh in the nation, while Ocasio is 18th at 1.15. Barnhill leads the league and is sixth in the country in strikeouts with a total of 234.

What’s On Deck
Following the Florida road series, the Tigers return home for their final games of the SEC and regular season. The Tigers will play host to Arkansas May 4-6 and will honor the four seniors in Emily Griggs, Carley Hoover, Sydney Loupe and Allie Walljasper.