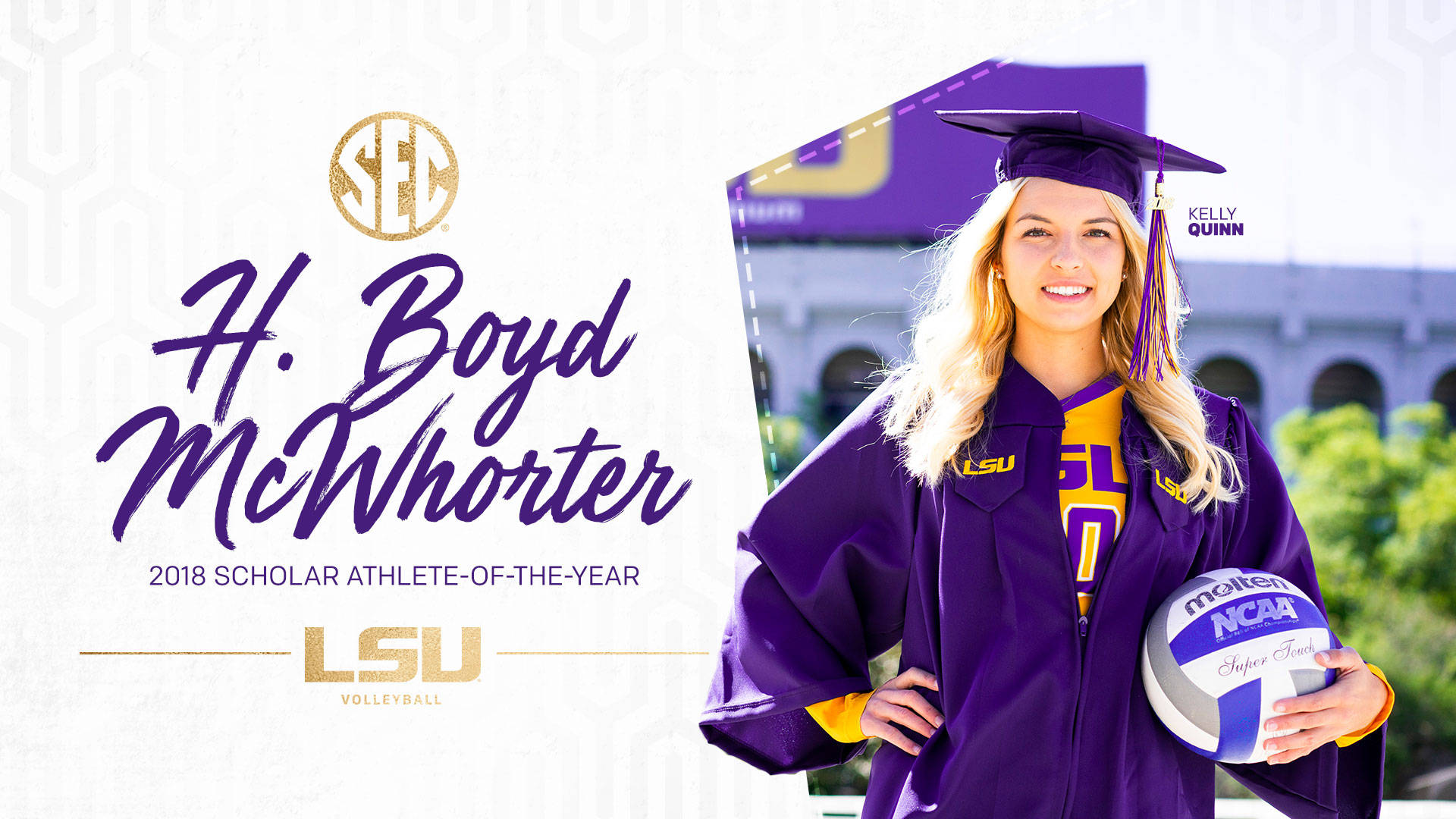 Quinn, along with the male scholar-athlete winner Parker Henry from Tennessee, were chosen by a committee of Faculty Athletic Representatives from SEC universities and each will receive a $20,000 post-graduate scholarship, provided by AT&T, an SEC official sponsor. Quinn and Henry will be honored at the annual SEC Awards Dinner during the SEC Spring Meetings in Sandestin, Fla., the last week of May.

“I am extremely honored to win the Boyd McWhorter Award,” said Quinn. “This year’s nominees were incredibly qualified, as the SEC cultivates strong academic performance among its athletes. I am humbled to represent a great university and conference with all the hard work I put in the past four years during undergrad.”

Quinn, who is majoring in Biology and Kinesiology/Pre-Med, has maintained a 4.063 cumulative grade point average and will graduate with two degrees in May. A two-time member of the SEC Academic Honor Roll, she attended medical school interviews during the fall of 2017 while competing on the volleyball team.

“LSU is a difficult academic institution and to have the top female scholar-athlete chosen from our program is a great honor,” said head volleyball coach Fran Flory. “We are so excited, and we also respect the work that Kelly has put into earning this award. This also speaks to the culture of our program and that we are truly student-athletes. We focus on academics first and volleyball is a real close second, but their futures are in their academic success.”

In the fall, Quinn helped LSU reach its first NCAA Tournament appearance since the 2014 season, serving as a solid defensive specialist for the Tigers while paying in 322 sets of 105 matches in her career. She helped lead the Tigers to two NCAA appearances in her four years at LSU, playing in every set in postseason. She totaled 301 digs at 2.98 per set in her junior year which was second on the team. She finished her career with a total of 522 digs at 1.62 digs per set to along with 36 service aces and she did not have a reception error in 55 sets played as a freshman.

“Kelly had a vision of what she wanted to become as a young child,” said Flory. “She is a driven player on the court and an even more driven person in the classroom. She has changed the culture of our program, in terms of studying and commitment and understanding what that looks like.”

A member of the 2016 SEC Service Community Team, Quinn served as LSU’s volleyball SAAC representative and served in a SAAC leadership position while being involved in many community service activities in her four years.

Quinn is the sixth student-athlete from LSU to earn the award and just the second female from LSU. The Tigers last McWhorter Award winner was in 2006.