Gagne Holds Lead at SEC Championship After First Round 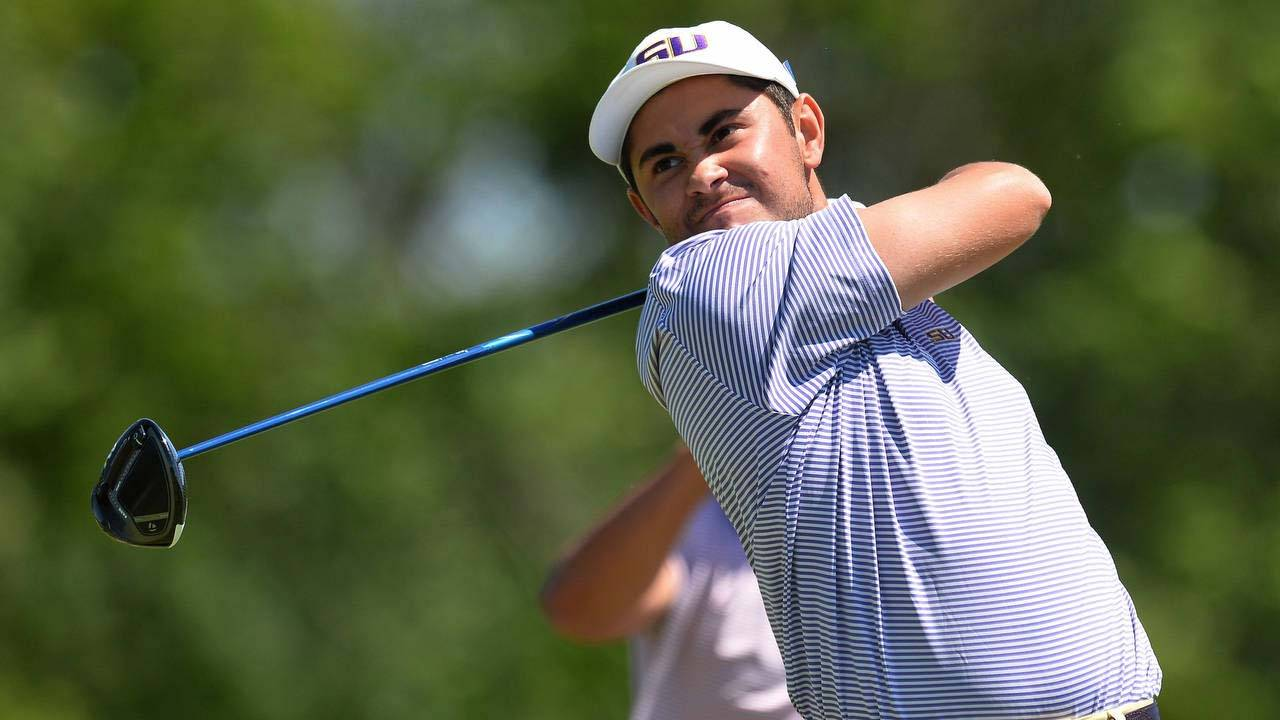 St. Simons Island, Ga. – Luis Gagne fired the lowest round of 70 golfers to open up the 2018 SEC Championship at the Seaside Course on Wednesday afternoon with a 4-under par 66. The Tigers, as a team, shot a 1-over par 281 to position themselves in fourth place.

Gagne, a 2017 Second Team All-SEC performer, came out the gates firing on all cylinders birdieing four of his first seven holes to immediately move to the top of the leaderboard. After carding a couple of mid-round bogeys, Gagne bounced back by birdieing the par-4 4th and par-5 7th to close out his brilliant round at 4-under par. Gagne’s six birdies on the day lead the field and his 66 is the lowest SEC tournament round of his career.

Nathan Jeansonne and Jacob Bergeron are currently in a seven-way tie for 11th place with even par 70s. Bergeron and Jeansonne both had very steady opening SEC rounds; the duo combined to register 31 pars on the day with 16 coming from Bergeron and 15 via Jeansonne. Those two totals rank No. 1 and No. 2 early on in the tournament. Besides the pars on the scorecard, Jeansonne rolled in two birdies to go along with a double bogey, and Bergeron birdied his first hole of the day, followed it up with a bogey and then proceeded to card 16-straight pars to close out the round.

Philip Barbaree sat at 8-over par after his first five holes, but the sophomore from Shreveport, La., closed his final 13 holes at 3-under par to finish his day with a 5-over 75 that the Tigers used for the team score; Barbaree is in a tie for 53rd place. Trey Winstead rounded out day one for LSU with a 6-over par 76 to be in a tie for 61st.

Vanderbilt is the team leader with a 4-under par 276.

The Tigers will be grouped with Alabama and Kentucky for the second round of play. LSU, who started on the back nine on Wednesday, will tee off from hole No. 1 Thursday morning at 7:20 a.m. CT. Live results can be found at golfstat.com.