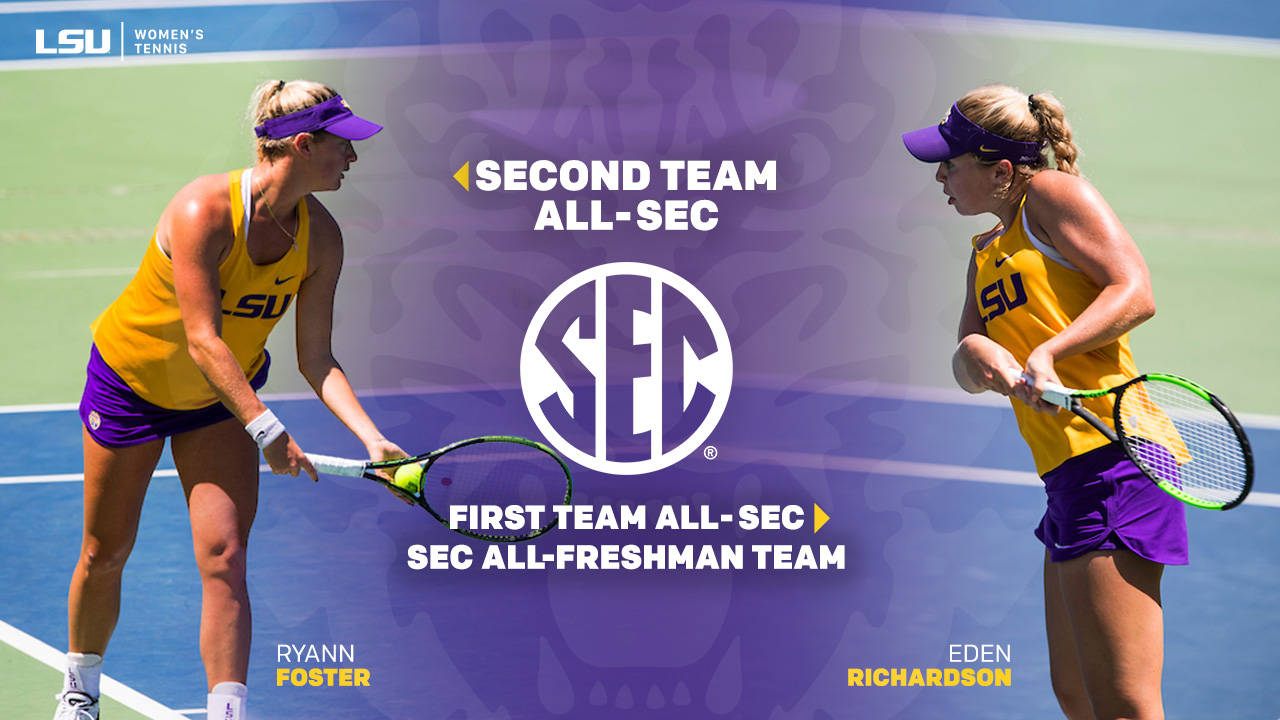 Richardson’s historic freshman season was capped off by a dominant SEC Tournament showing that vaulted her to a career-high No. 46 in the ITA singles rankings. Richardson’s 18-1 dual singles record and 28-4 overall singles record are both good for the highest winning percentages in the SEC this season.

The conference’s only three-time SEC Freshman of the Week is in the midst of a 16-match win streak and has not lost a dual singles match since January. Richardson is LSU’s second consecutive freshman to make both the First Team All-SEC and SEC All-Freshman Team in the same season after Jade Lewis accomplished the feat last season.

Foster compiled an 11-5 dual singles record playing primarily at court one for the Tigers this season and was voted onto an All-SEC team for the first time in her career. The ITA All-American is currently ranked No. 104 in the country.