Men's Tennis to Face No. 19 Vandy in SEC Tournament 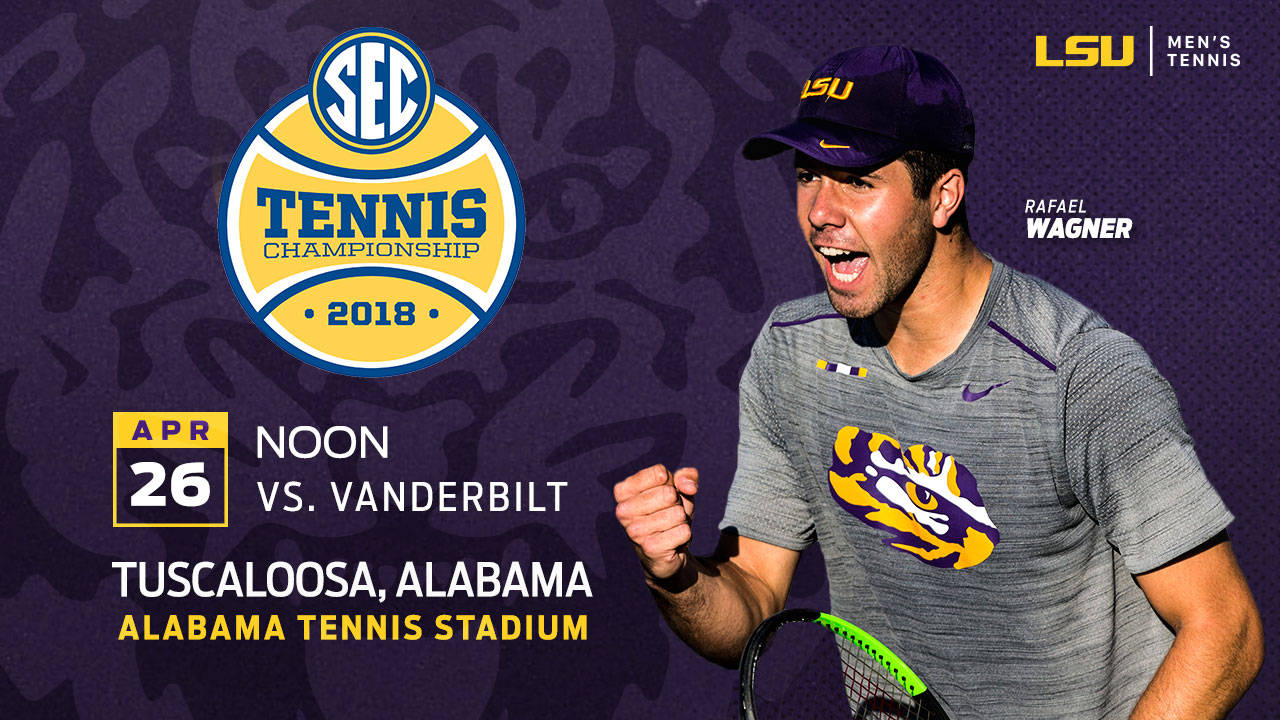 TUSCALOOSA, Ala. – The LSU men’s tennis team will face the No. 19 Vanderbilt Commodores at noon CT Thursday in the second round of the SEC Tournament hosted by the University of Alabama at the Alabama Tennis Stadium.

Thoughts from Co-Head Coach Chris Brandi
“We have a great opportunity to play Vanderbilt again in the SEC Tournament,” co-head coach Chris Brandi said. “We had some chances around at their place when we met earlier this season, and we will see how we are able to respond on a neutral site.”

The Matchup
LSU (10-15) and Vanderbilt (17-7) each earned first round byes based on conference standings. Earlier this month, the 11th-seeded Tigers fell to No. 6 seed Vanderbilt, 7-0, in Nashville.

Tiger Tidbits
LSU wrapped up the regular season with a 7-0 win against New Orleans at the LSU Tennis Complex.

Shane Monroe moved up eight spots in the ITA singles rankings to No. 72. He has compiled a 10-12 overall record with eight wins on court one, including two wins against nationally ranked opponents.

Rafael Wagner also has 10 wins on the dual season—seven come from the third court and three from court two. He moved to court two in late march and has earned a win against a ranked opponent.

Stewart Block and Monroe have a team-high 11 wins in doubles play. The pair has been the court three mainstay this season. On court one, Agie Moreno and Wagner have earned two wins over ranked opponents and have eight wins on the season.

Notes on the Commodores
Vanderbilt has three players listed in the ITA singles rankings: No. 25 Cameron Klinger, No. 28 Daniel Valent and No. 122 Baker Newman. Klinger and Billy Rowe are the No. 12 pair in the country.

Klinger has a 13-8 record on the season. He has four wins on court one and nine on court two. Valent has also split time between the top two courts and has earned six wins on each court. Newman has a 13-6 record on court three. In doubles, Klinger and Rowe aren 13-5 overall.

The Commodores are coached by Ian Duvenhage who is in his 12th season at the helm of the men’s tennis program.