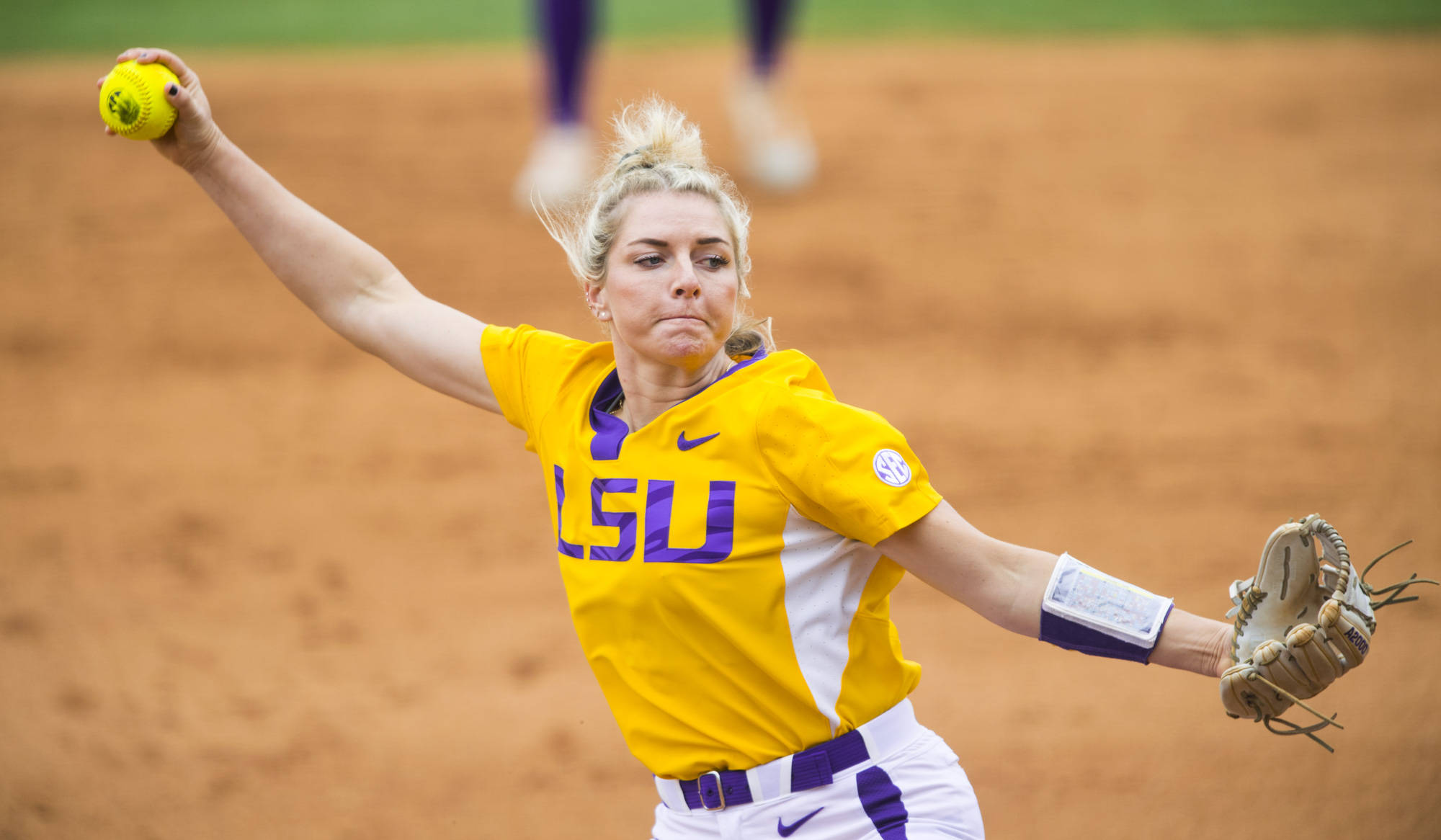 BATON ROUGE — The LSU softball team and senior Carley Hoover finished its non-conference schedule strong, holding the South Alabama Jaguars hitless in their 4-0 victory on Tuesday night in Tiger Park. With the win, LSU improves to 36-11 on the year while South Alabama falls to 25-23.

Carley Hoover pitched a gem, holding the Jaguar offense to just three base runners the entire game. The senior struck out eight in her third career no-hitter and the program’s 39th. Hoover retired the first 14 batters of the game before South Alabama reached base on an LSU error and retired seven out of the last nine batters .

The Tiger offense was held off the scoreboard until freshman Shelbi Sunseri hit a three-run home run over the left-field wall, scoring Emily Griggs and Amanda Doyle giving LSU a 3-0 lead in the bottom of the sixth inning.

Elyse Thornhill would then hit a double in the same inning, and eventually score on a throwing error to put the Tigers up, 4-0.

On Carley Hoover‘s no-hit pitching against South Alabama…
“From a pitcher’s viewpoint it’s probably more fun, but as a coach it’s stressful because you know what’s happening the whole game. I wanted Carley to find that groove and get the no-hitter. As a coach, you say nothing and let her play it normal.”

On Sunseri’s homerun …
“Shelbi Sunseri‘s homerun was great. That’s why she’s in the lineup and we want her to keep swinging big and being aggressive at bat. She has tremendous amount of power. I think this is just the tip of the iceberg of what she can do throughout her career.”

On remaining perfect in midweek games for the 2018 season…
“I’ve said it all year, but this team has done a very good job of winning the games their supposed to win. We’re playing hard against the teams ranked above us and giving those teams a battle. I think a big key is to win every game you’re supposed to win that looks good on our record and resume. We’ve done a wonderful job of taking care of that, and that’s huge throughout the course of our season as we move forward into postseason. This team really doesn’t have a bad loss this year.”

>> Hoover’s no-hitter was the third of her career and the 39th in LSU softball history. She is also responsible for the last three no-hitters for the program. Hoover had a no-hitter last year against Louisiana Tech on February 15 and in 2016 against Tennessee Tech in five innings on March 6. This marks her second seven-inning no-hitter in her career.

>> With the win, Hoover now has 16 wins on the year. It was also her eighth shutout of the year, and the 21st of her career.

>> Aliyah Andrews had one steal on the night, giving her 35 on the year, which ties for fifth in LSU single-season history. She needs only 10 more to tie the record set by Kirsten Shortridge.

>> LSU had six hits on the night with Andrew leading the team with two. Griggs, Sunseri, Thornhill, and Amber Serrett each had one.

Next up, LSU will travel to Gainesville for its final road SEC series against the Florida Gators on Friday, April 27 at 4 p.m. CT. The game will be broadcast live on the SEC Network.