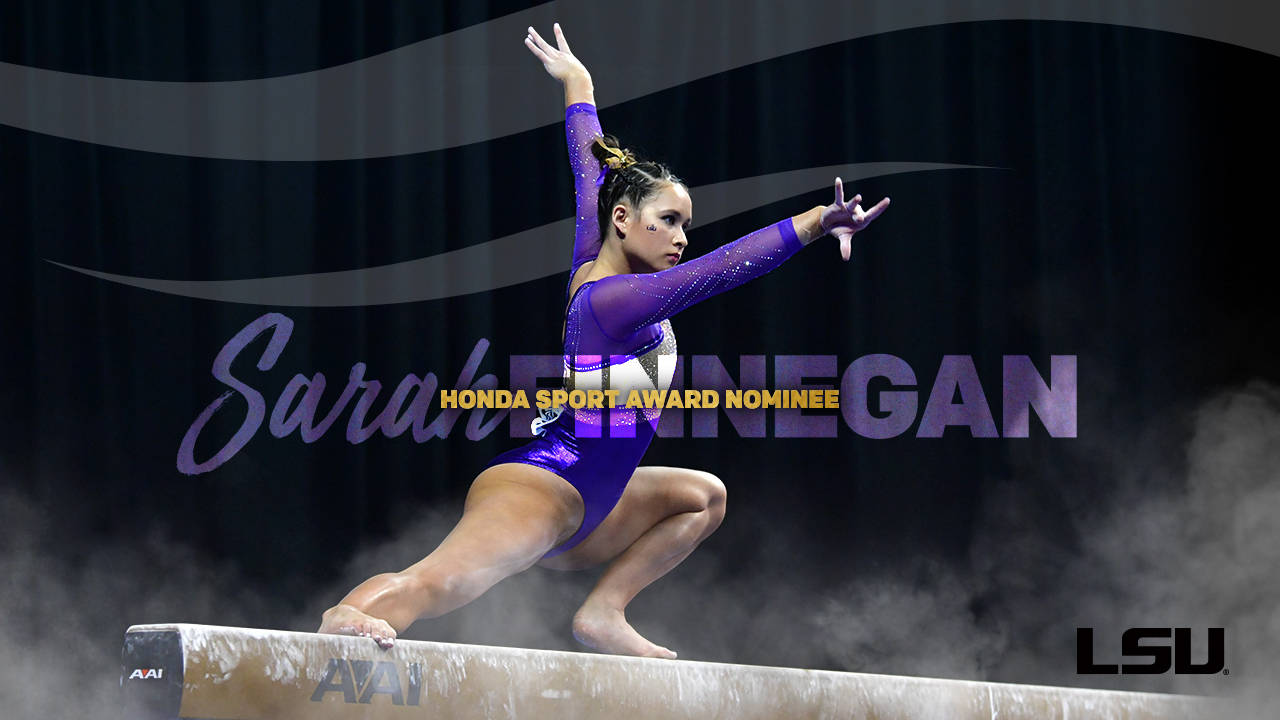 BATON ROUGE – LSU junior Sarah Finnegan, the 2018 Southeastern Conference Gymnast of the Year, has been named one of four nominees for the Class of 2018 Honda Sport Award for Gymnastics, THE Collegiate Women Sports Award announced Tuesday.

Finnegan won the SEC all-around title, NCAA Raleigh Regional all-around title, and was also named the Central Region Gymnast of the Year. The Missouri native combined to earn seven All-America honors in 2018 to push her career total to 15.

Finnegan became the first LSU gymnast in school history to finish the season ranked No. 1 on bars. She also finished ranked fourth in the all-around and on beam, and seventh on floor. At the SEC meet, Finnegan won the league’s all-around title with a 39.500.

In 2018, Finnegan anchored LSU’s bars and beam lineup that set multiple school records. Against Auburn, she scored her first perfect score as the fifth performer on floor. Two weeks later, Finnegan became the second gymnast in school history to score 10.0 on three different events in the same season when she did it on bars and beam.

Maggie Nichols of Oklahoma, Christine Peng-Peng Lee of UCLA, and Elizabeth Price of Stanford joined Finnegan as the four finalists selected by coaches across the country. The Honda Sport Award winner for Gymnastics will be announced next week after voting by administrators from over 1,000 NCAA member schools. Each NCAA member institution has a vote.

The Honda Sport Award has been presented annually by the CWSA for the past 42 years to the top women athletes in 12 NCAA- sanctioned sports and signifies “the best of the best in collegiate athletics”. The winner of the sport award becomes a finalist for the Collegiate Woman Athlete of the Year and the prestigious 2018 Honda Cup which will be presented on a live telecast on CBS Sports Network on Monday, June 25, 2018, in downtown Los, Angeles.

THE Collegiate Women Sports Awards, celebrating its 42nd year, has honored the nation’s top NCAA women athletes for their superior athletic skills, leadership, academic excellence and eagerness to participate in community service. Since commencing its sponsorship in 1986, Honda has provided more than $3.1 million in institutional grants to the universities of the award winners and nominees to support women’s athletics programs.