Women's T&F Ascends to the Top of USTFCCCA Rankings 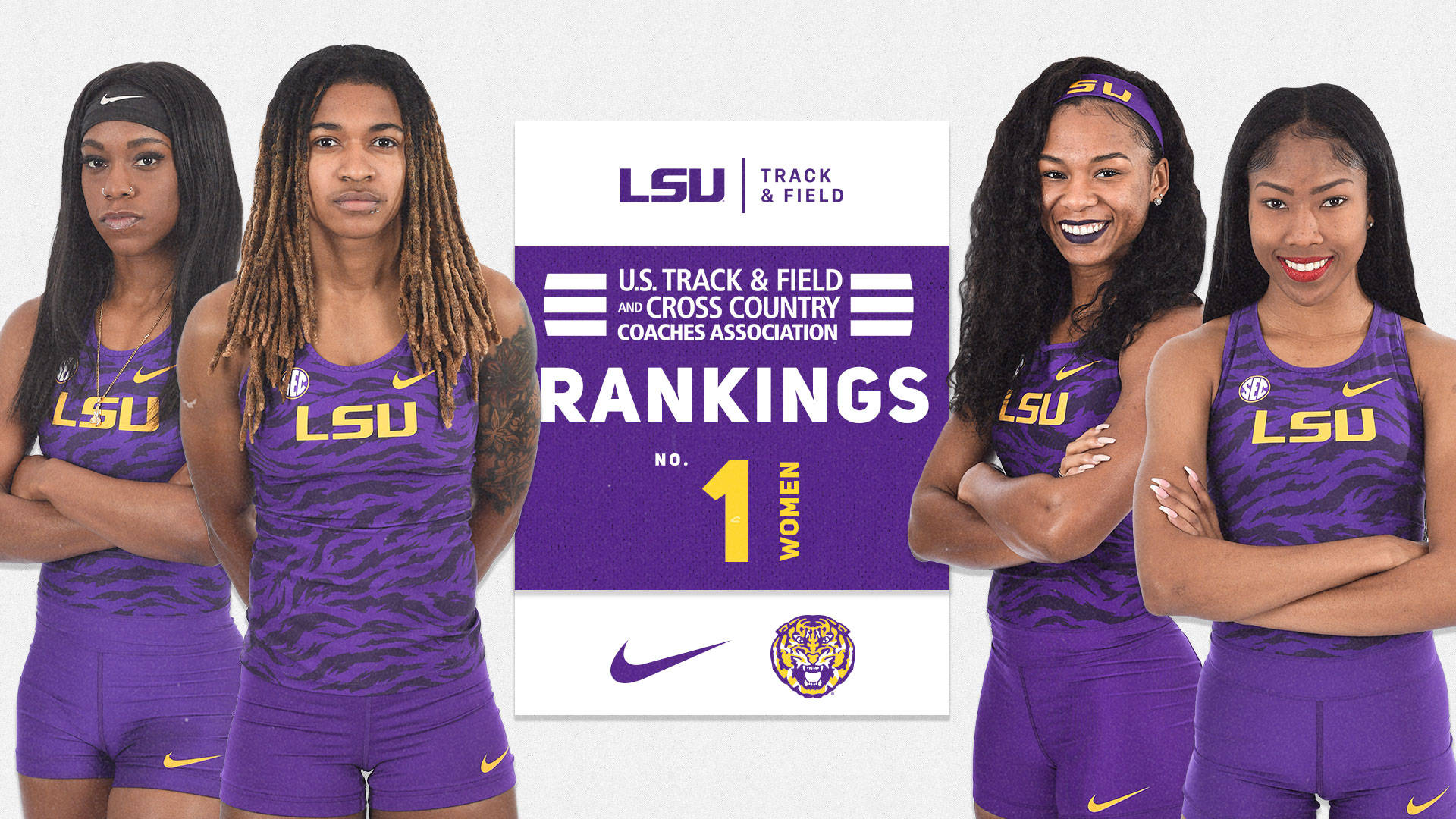 BATON ROUGE, La. – For the first time since 2012, the LSU women’s track and field team has ascended to the No. 1 spot of the U.S. Track & Field and Cross Country Coaches Association (USTFCCCA) in-season rankings, the organization announced on Monday.

LSU owns the top time in three separate events that will be contested at the NCAA Championships in June. Aleia Hobbs‘ season-best readout of 10.86 in the 100 meter dash leads the NCAA, Kymber Payne‘s excellent 400 meter hurdles time of 55.92 is an NCAA best, and the women’s 4×100 meter relay of Mikiah Brisco, Kortnei Johnson, Rachel Misher and Hobbs are holding down the top spot in America with a 42.50.

Misher was the latest addition to the top-10 national list with her performance in the 400 meter dash this weekend at the LSU Alumni Gold meet. Facing off with 2018 indoor world champion, Courtney Okolo, in the race, Misher went stride for stride with one of the most dominant 400 meter runners in the world right now. Misher crossed the finish line in a career-best time of 51.68 only 22 hundredths of a second behind Okolo.

Misher also served as the lead leg of LSU’s season best in the 4×400 meter relay that registered a time of 3:30.84 to take gold on Saturday at the Alumni Gold meet. Misher passed the baton to Brittley Humphrey who then gave way to Payne and Cassondra Hall for the third-fastest readout in the nation.

Johnson’s (10.97) and Brisco’s (10.99) season-best readouts in the 100 meter dash have them ranked No. 2 and No. 5 respectively on the NCAA Descending Order List in the event. Tonea Marshall has the third-fastest 100 meter hurdle time in America with a wind-aided clocking of 12.73 at the Texas Relays. The eighth LSU student-athlete to have a top-10 mark is Ersula Farrow; the junior from Detroit, Mich., registered a career-best time of 2:03.66 at the Hurricane Collegiate Invitational two weeks ago to sit in the No. 4 spot on the descending list.

The Tigers will host their final regular season meet of the year on Saturday with the LSU Invitational. The meet will serve as LSU’s final tune-up before postseason competition gets started in mid-May.