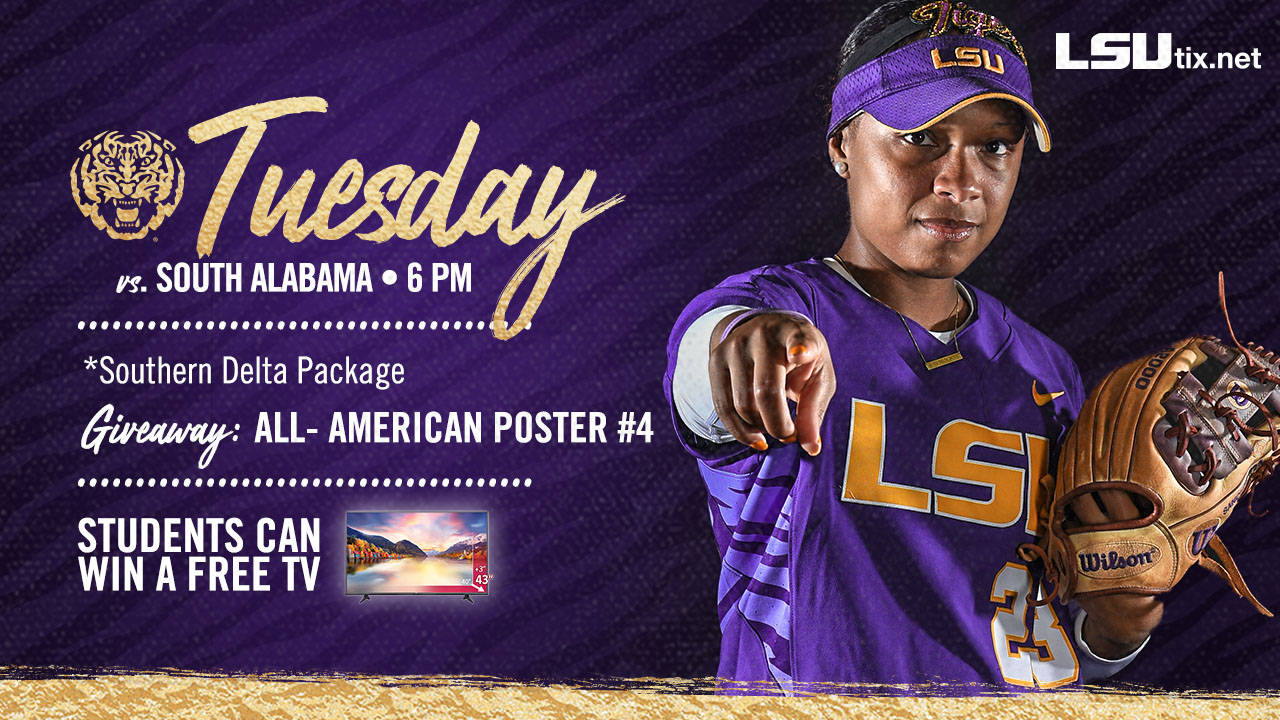 Series Records
The Tigers lead the all-time series over South Alabama, 9-2. The last time to two teams squared off was last season with the Tigers coming out on top with a 6-0 victory.

Torina’s Thoughts
“They’re very talented. They bring a great team, year-in and year-out. It won’t be a game that we can look past by any means. I think it’ll be a tough game and I think it’ll be a battle for us. We’ll have to come at them with our best and hope we can come away with a win.”

About the Tigers
LSU goes into the midweek with a 35-11 overall record. The Tigers are coming off of a series win over No. 9 Texas A&M claiming Friday’s game, 2-0 and Saturday’s game, 3-2. LSU fell in the series finale, 6-0. After hitting .545 on the weekend, Amanda Doyle is now leading the offense with a .345 mark. In the circle, the Tigers rank ninth in the nation in earned run average at 1.31. Allie Walljasper and Carley Hoover picked up wins on the weekend. Hoover is now 15-5 on the year and Walljasper is 13-4. Maribeth Gorsuch is 6-2 on the year.

About the Jaguars
South Alabama comes into the weekend with a 25-22 overall record. They are coming off a series win over Appalachian State. Kaleigh Todd leads the squad with a .380 average. Brittani Reid is also a threat at the plate with a team-leading six home runs. In the circle, Devin Brown leads the team with a 1.85 ERA and a 16-12 record. She has a 197 strikeouts in 189.2 innings of work.

What’s On Deck
Following the midweek contest with South Alabama, the Tigers will play their finale road SEC series, traveling to Florida for games Friday through Sunday.