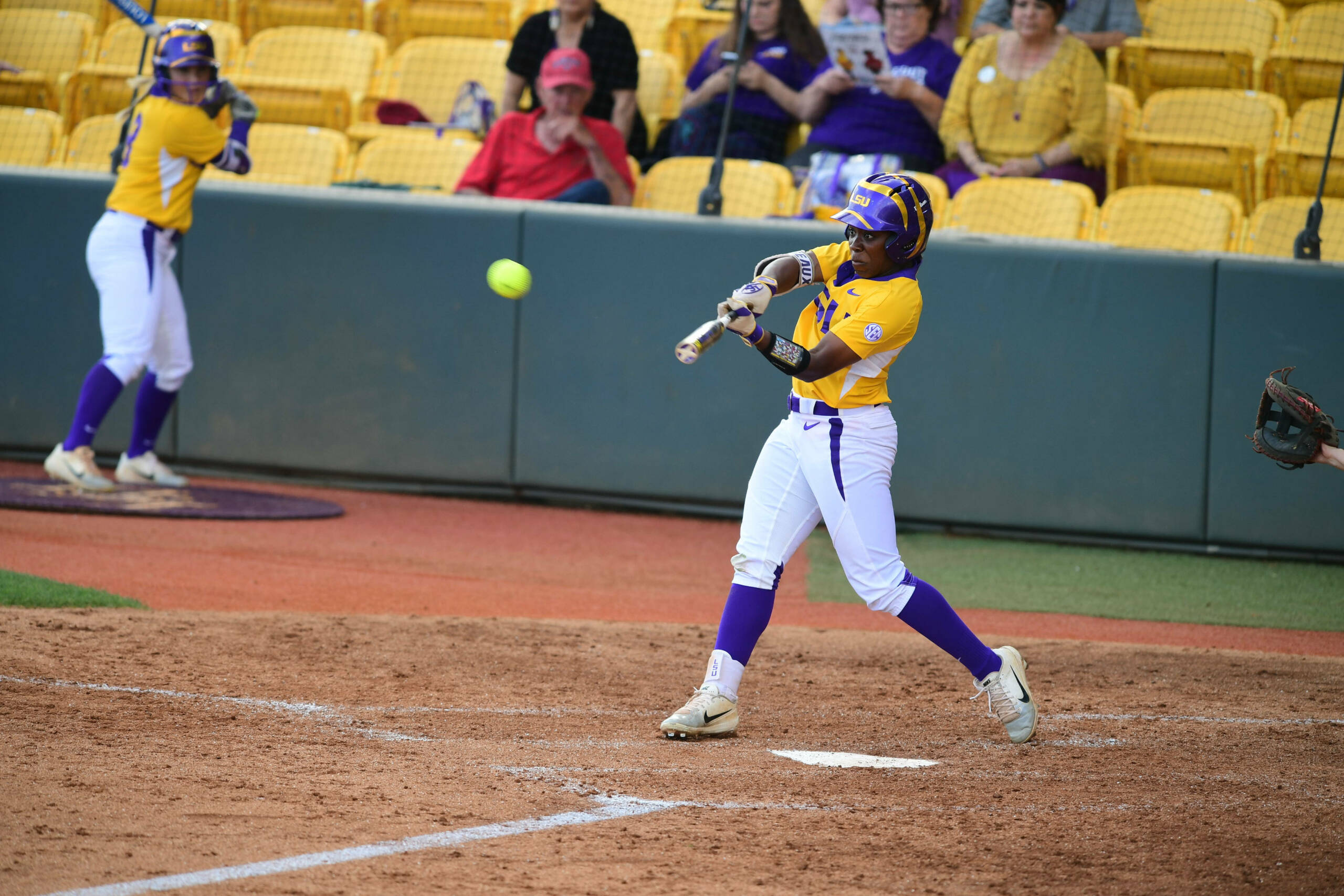 The Tigers’ offense had opportunities to score in the game, but were ultimately held to just three hits on the day, leaving six runners on base. In the bottom of the fifth and sixth innings, LSU had the bases loaded but were unable to bring the runners across.

Maribeth Gorsuch, Allie Walljasper, and Carley Hoover all went to the circle for the Tigers in the game, combining for seven innings and seven strikeouts. Gorsuch picked up her second loss of the season.

The Aggies were able to score early against the Tigers with a single to center field, driving in a run and giving themselves the 1-0 lead in the top of the first inning.

Texas A&M drove in four more runs in the third and sixth innings with a solo homerun, a two-run homerun, and a double that drove in a runner from third, extending their lead to 5-0. The Aggies final run of the day came in the seventh inning on an RBI single.

Opening statement…
“At the end of today’s game, I think we need to remember that we won the series against Texas A&M, who is a really good opponent. That was my message to the team after the loss. We have to focus on the positive from this weekend and move forward from this game. We did a really good job this series and put a lot of pressure on Texas A&M.”

On today’s performance compared to Friday and Saturday…
“If I had the answer to fix our problem, then I would have fixed it mid-game. I don’t really know the answer, except that it’s softball and every day will be different.”

On using three pitchers during the game…
“I liked the way we pitched all weekend, but I think Texas A&M just got to us today. We asked a lot from our pitchers this weekend and they did a great job. I would have liked to see Maribeth Gorsuch go deeper in the game and not have to bring Allie Walljasper and Carley Hoover out.”

Notes
>>The Tigers got three hits on the afternoon, with Aliyah Andrews, Taryn Antoine, and Emily Griggs each getting one.

>> LSU clinched the series win over the Aggies on Saturday, which is the second series Texas A&M has lost this season.

>> The Tigers picked up 16 hits on the weekend, with Amanda Doyle leading the team with four hits and three doubles.

>> The team had five RBIs during the series. Doyle led the team with two, and Amber Serrett, Sydney Springfield and Shemiah Sanchez each had one.

Next up, LSU will take on South Alabama on Tuesday, April 24 at 6 p.m. CT in Baton Rouge. The game will be broadcast on the SEC Network+.