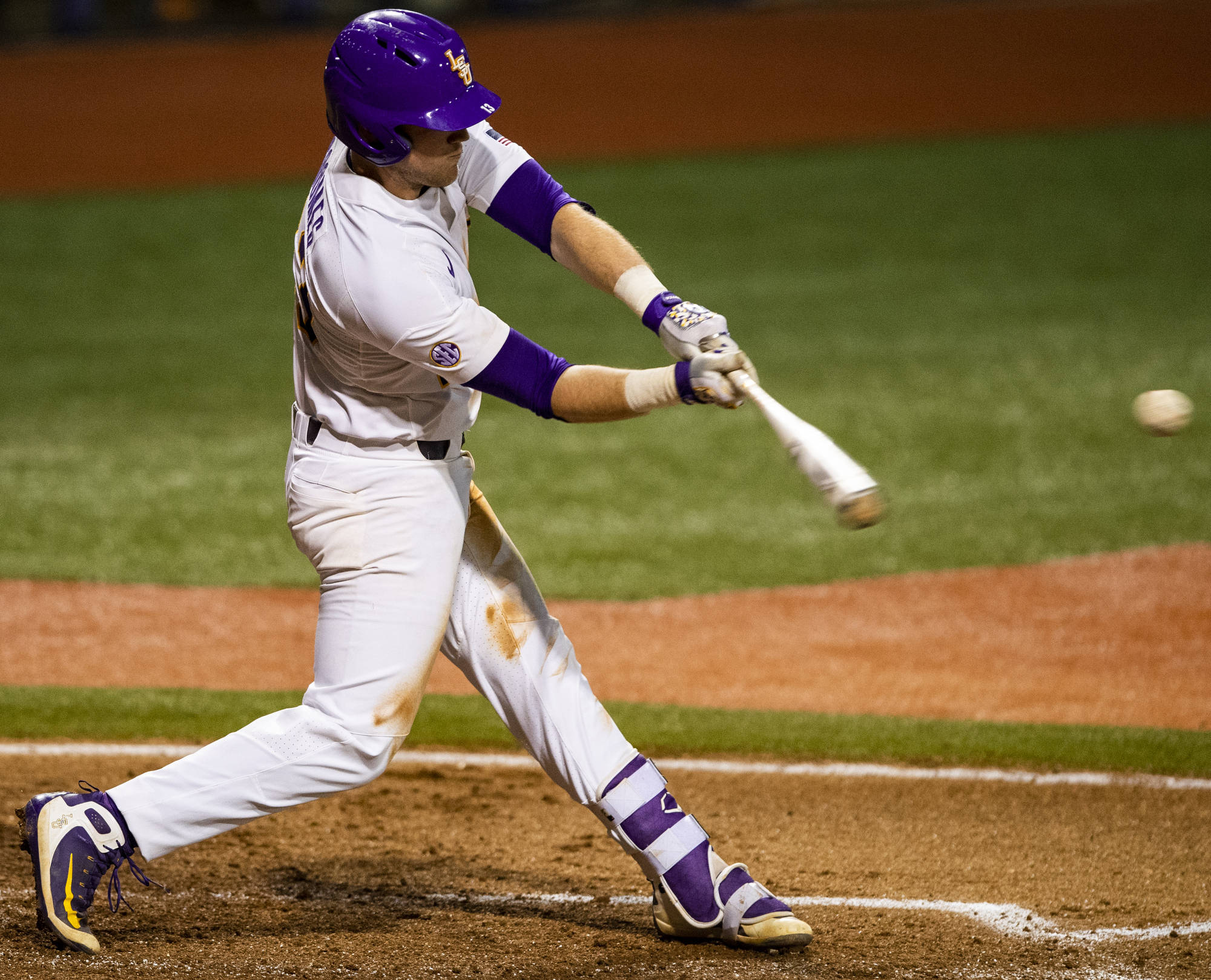 COLUMBIA, S.C. – South Carolina bolted to an early 8-0 lead Saturday with nine hits in the first three innings, and the Gamecocks posted an 11-4 win over LSU at Founders Park.

South Carolina, which has won the first two games of the weekend series, improved to 22-17 overall and 8-9 in the SEC. LSU dropped to 24-16 overall and 9-8 in conference play.

The series concludes at 12:30 p.m. CT Sunday in a game that can be heard on affiliates of the LSU Sports Radio Network, and it may be viewed on SEC Network +, accessible at WatchESPN.com and the Watch ESPN app.

LSU freshman right-hander Ma’Khail Hilliard (7-3) was charged with the loss as he surrendered eight runs on eight hits in 2.2 innings with one walk and one strikeout.

LSU right-hander Todd Peterson relieved Hilliard in the third inning and pitched the rest of the way, limiting South Carolina to three runs on five hits in 5.1 innings.

“South Carolina hit Ma’Khail’s curveball as well as anyone has all year,” said LSU coach Paul Mainieri. “He wasn’t able to bury his curveball with two strikes, and they were able to take advantage of it.”

LSU’s leadoff hitter reached base against Hill in each of the first four innings, but the Tigers stranded six runners in that span, five of them in scoring position.

“We just couldn’t get the runs across,” Mainieri said, “and they extended the lead until the deficit was too great for us to overcome.”

South Carolina struck for three runs in the first inning against Hilliard, as shortstop LT Tolbert lined an RBI double, Stokes singled and later scored from third on a wild pitch and second baseman Justin Row lifted a sacrifice fly.

The Gamecocks added three more runs in the second inning when Stokes smashed a two-run double and Tolbert produced his second run-scoring double of the contest.

South Carolina increased its advantage to 8-0 in the third on an RBI single by centerfielder TJ Hopkins and a sacrifice fly from catcher Chris Cullen.

Row delivered an RBI double for the Gamecocks in the seventh before LSU got on the board with four runs in the eighth inning against South Carolina reliever Parker Coyne. Designated hitter Daniel Cabrera belted a run-scoring double for the Tigers, and catcher Nick Coomes launched a three-run homer, his first dinger of the season.

Stokes drove in two more runs with an eighth-inning double to account for the final margin.