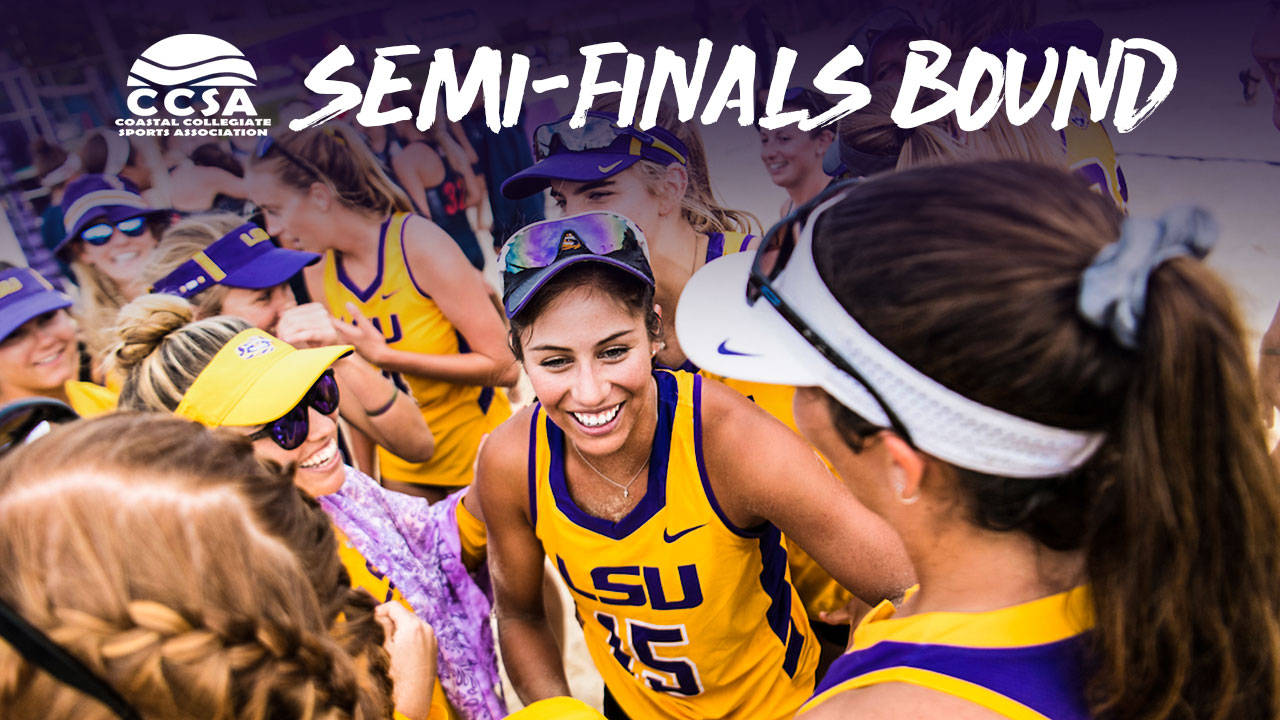 EMERSON, Ga. – After beginning pool play at the CCSA Tournament 2-0 on Friday, LSU beach volleyball split its matches on Saturday to finish 3-1 in pool play, earning a sport in the semifinals on Sunday.

The Tigers are now 25-11 on the season. In its last 19 games, LSU has won 17, with the Tigers only two losses in that time coming against Florida State.

“Today was a big step in the right direction for our team,” said coach Brock. “We had a tough match this morning and had a really good response in a big match this afternoon.”

In the first match, LSU was unable to pick up its first win in program history against Florida State, falling 4-1. Haleigh Nelson and Mandi Orellana were defeated on Court 2, 21-10 and 21-12, while Emmy Allen and Megan Davenport also struggled on Court 4, losing, 21-10 and 21-11.

On Court 3, Olvia Powers and Hunter Domanski battled in the first set, but fell 21-19 and then in the second set were unable to get anything going, dropping the set, 21-11. The Court 5 duo of Riley Young and Maddie Ligon clawed their way back from being down 7-10 in the first set, to tie it up at 14. The LSU duo was outlasted in set-one, 22-20, before it fell in the second set, 21-14.

Claire Coppola and Kristen Nuss picked up the only point for the Tigers, taking Court 1 in straight sets, 21-12 and 21-19.

Allen and Davenport clinched the match and a spot of the semi-finals for the Tigers, taking Court 4 in straight sets, 21-19 and 22-20.

The Tigers will play in the semifinals of the CCSA Tournament on Sunday against South Carolina at 9:30 a.m. CT. If LSU defeats the Gamecocks, it will compete in the championship against the winner of Florida State and Florida International. Tha championship is slated to begin at noon CT.

“I’m really proud of how we played today and I’m excited about the chance to play on Championship Sunday, said Brock. “There’s still another level that we can play. We’ve been working hard for this opportunity and we are focused as we prepare to play.”

The semi-finals will be broadcast on Eleven Sports. To see if you get that channel, follow this link: lsul.su/2Jgqusf