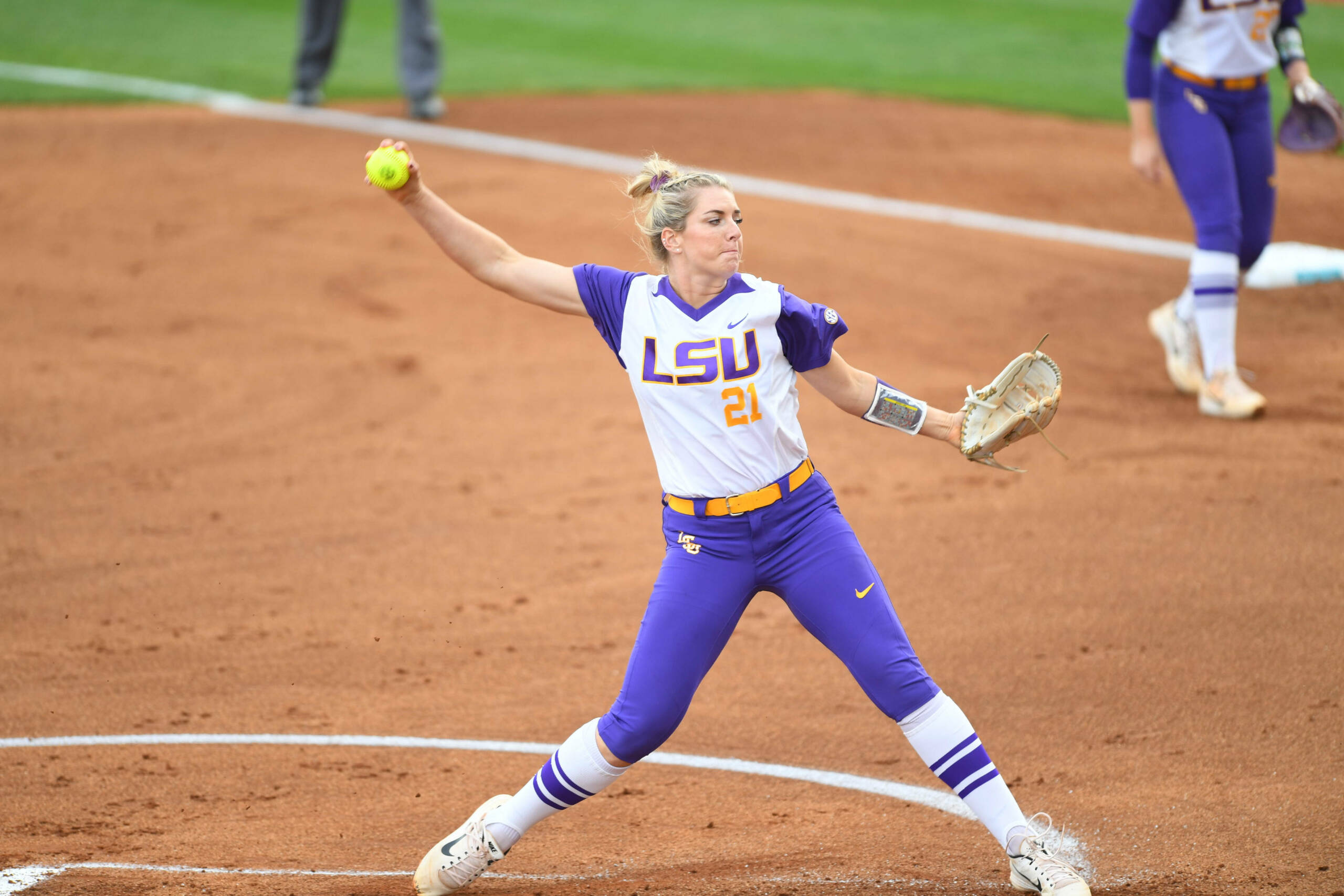 Senior Carley Hoover was the star of the night, pitching a complete-game shutout and earning her 15th win of the year. She allowed only three hits and tallied four strikeouts on the night against a tough Texas A&M offense.

Sophomore Amanda Doyle drove in the Tigers’ first run in the bottom of the first inning with a single through the left side, driving in Taryn Antoine from second and giving the Tigers the early 1-0 lead.

A second run came across in the fifth inning for the Tigers. With runners on second and third, Junior Shemiah Sanchez hit a sacrifice fly to left-center field to drive in Emily Griggs from third, extending their lead to 2-0.

The Aggies threatened in the bottom of the sixth inning with runners on second and third with no outs, but Hoover and the Tiger defense held strong and forced three-straight outs, stranding the Texas A&M runners.

Opening statement…
“This is a huge win for the team and for the program. I can’t say enough about how big of win this was for us.”

On the importance of winning SEC games as postseason gets closer…
“When we get down to our last 10 games, they’re all important, especially those in the SEC. Getting a win like we did tonight, against Texas A&M, is a big deal.”

On Carley Hoover‘s performance…
“Carley Hoover was absolutely dominant for us tonight. To only allow three hits against an offense like Texas A&M is spectacular.”

On making a rally in the sixth inning…
“The rally was awesome. It was great to see our players do their jobs. They manufactured runs and we scored in that inning because we moved runners up and put them in scoring position. We were able to do our jobs tonight, which was awesome.”

>> This game marks the seventh shutout of the season for Hoover and the 17th complete game.

>> The Tigers tallied five hits on the night, with Doyle leading the pack with two. Antoine, Elyse Thornhill, and Griggs each had one hit.

>> Doyle’s double in the fifth inning was her 12th double and the team’s 45th double of the season.

>> LSU extended their all-time series lead over Texas A&M to 11-6 with the win.

Next up, LSU will take on Texas A&M again tomorrow at 6:30 p.m. CT in Tiger Park. The game will be broadcast online only on the SEC Network+. Saturday’s game is the Strikeout Ovarian Cancer game. All fans are encouraged to wear teal to help bring awareness to ovarian cancer.