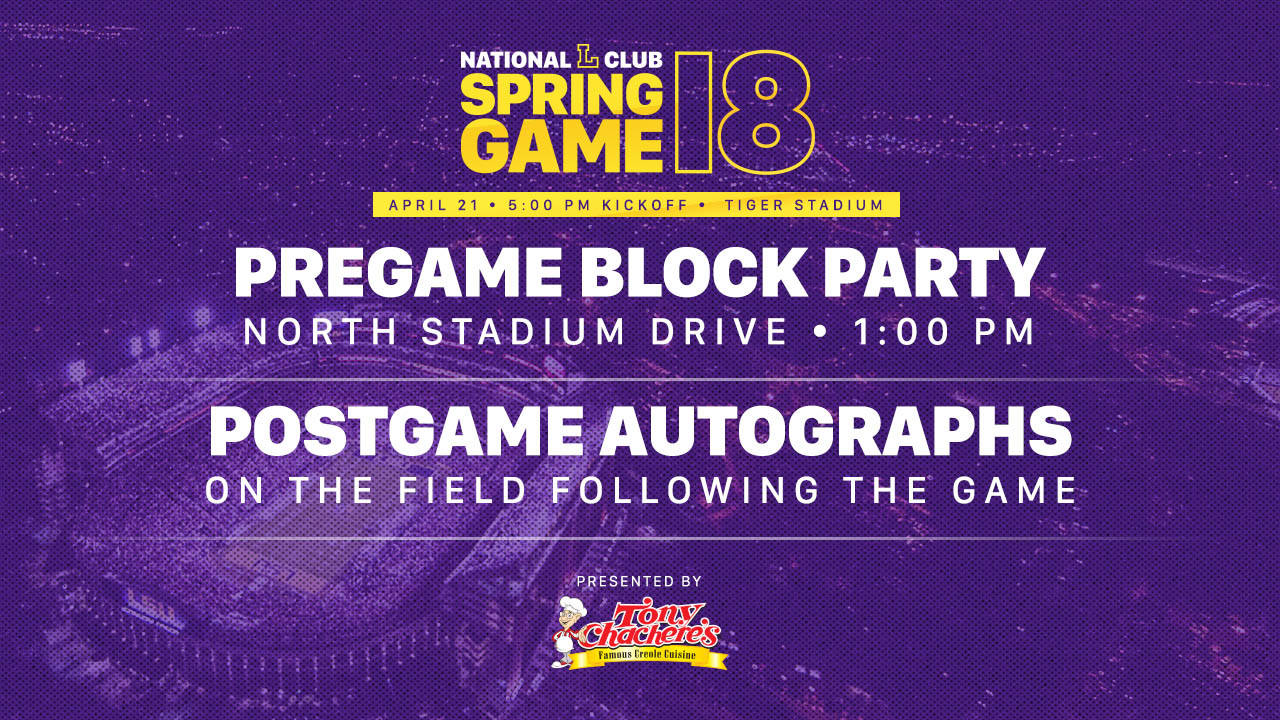 Kickoff for the game is set for 5 p.m. and admission is free of charge. Pre-game activities get started at 1 p.m. with a block party on North Stadium Drive featuring the band Vidalia. The Tigers walk down “Victory Hill” at approximately 3:30.

The contest will be televised live on the SEC Network with a pair of former LSU All-Americans in Booger McFarland and Marcus Spears on the call along with Roy Philpott.

The game will also be broadcast on the LSU Sports Radio Network (104.5/104.9 FM locally) with Gordy Rush (play by play), Doug Moreau (analyst) and Jacob Hester (sideline reporter) calling the action. The game can also be heard on the internet at www.LSUsports.net/live.

“It’s going to be 1s versus 1s and I want to get after it,” LSU coach Ed Orgeron said. “We are going best against the best on both sides of the ball.”

The contest will feature four 12-minute quarters with the first half being played as a real game. The second half will feature a running clock.

LSU’s three quarterbacks – Myles Brennan, Lowell Narcisse, and Justin McMillan – will wear gold jerseys and will see action with both the Purple and White teams.

“Senior Presentation”
While they aren’t seniors, LSU’s six early entries into the 2018 NFL Draft will have a Senior Day Tribute pregame as Will Clapp, Derrius Guice, Donte Jackson, Arden Key, Kevin Toliver and Toby Weathersby will be recognized on the field prior to kickoff. All six players will run out of the tunnel to midfield where they will be joined by family members.