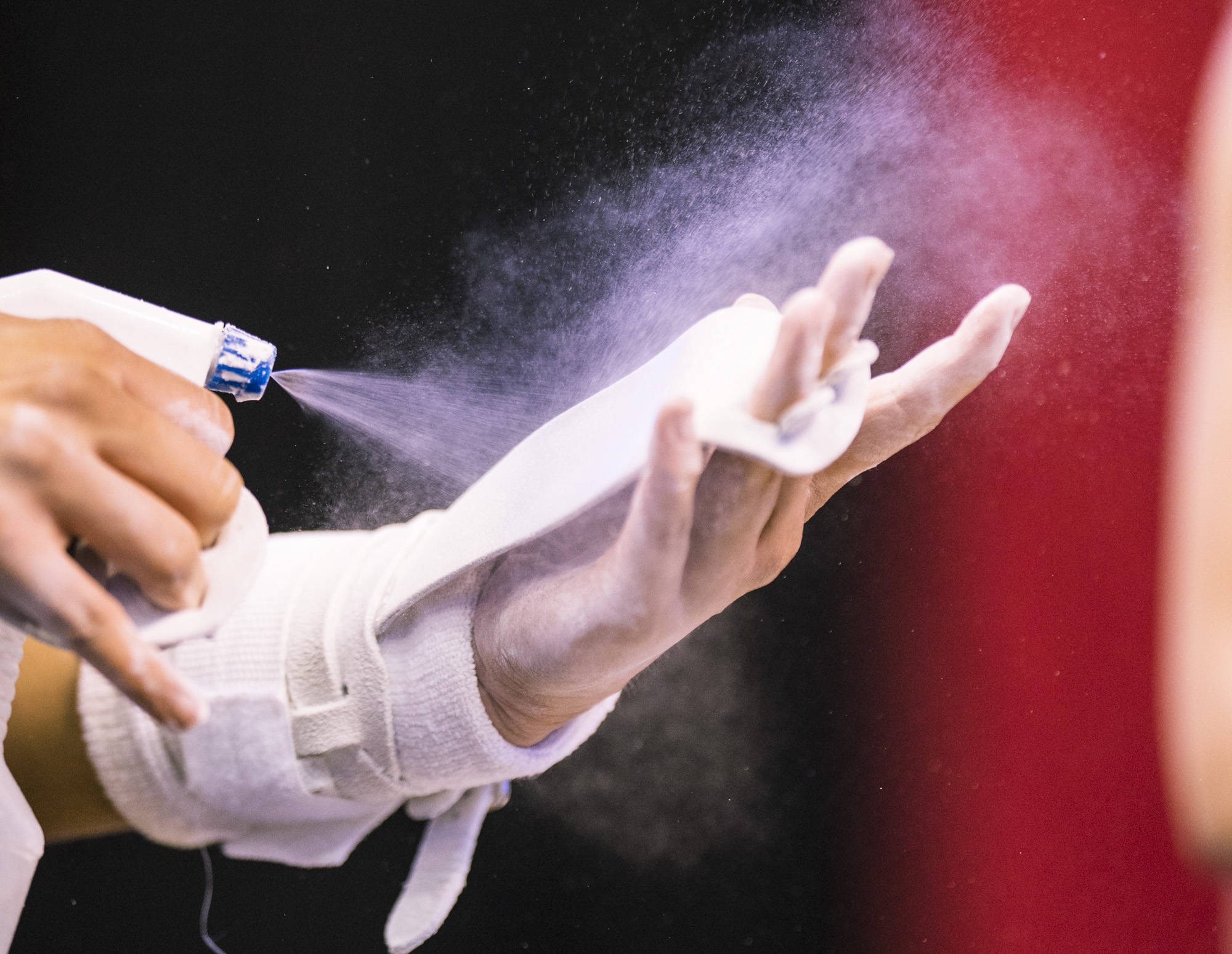 For the third consecutive year, the Women’s National Collegiate Gymnastics Championships will air live as 12 teams tumble toward the NCAA title in St. Louis this weekend at Chaifetz Arena. Coverage begins on Friday, April 20 at 1 p.m. ET on ESPN2 (Semifinal I) and continues that evening at 7 p.m. on ESPNU (Semifinal II). The Super Six Finals are slated for Saturday, April 21 at 7 p.m. on ESPNU.

Olympic medalists and ESPN gymnastics analysts Bart Conner and Kathy Johnson Clarke are calling the action on ESPN2 and ESPNU, with Laura Rutledge handling reporting duties on the telecasts.

New to this year’s coverage, ESPN will feature commentary on each apparatus stream on ESPN3 and the ESPN App for a unique second-screen offering surrounding the championship. 2008 Olympic teammates Alicia Sacramone Quinn (vault) and Bridget Sloan (bars), SEC Network gymnastics analyst Lauren Sisler (beam) and three-time Olympian John Roethlisberger (floor) will provide analysis for their respective events, in addition to the return of ESPN3’s all-around stream.

“We are thrilled to welcome Alicia, Bridget, Lauren and John to our commentating team in St. Louis,” said Meg Aronowitz, ESPN coordinating producer. “Adding these four gymnasts-turned-analysts to our talented trio of Bart, Kathy and Laura, our viewers have the best of both worlds with the ESPN2 and ESPNU telecasts and our second-screen experience on the ESPN App.”

Last month at the 2018 SEC Gymnastics Championship, ESPN introduced new scoring graphics with enhanced scoring breakdowns, and continued to utilize quad-boxes and replay machines to show as many routines as possible. The scoring graphics, which will be used for NCAA Championship coverage this weekend, cycle overall team totals, individual averages and team differentials to inform viewers and provide even greater insight into both the team race and technical aspects of each routine.

In addition, the network continues to employ its “Tech Tools” to bring the impressive technique and skill of the gymnasts into perspective for the viewer. The “Tech Tools” featured in ESPN2 and ESPNU’s coverage from St. Louis will include height and distance markers on vault, protractors for body angle on bars, the bars height grid and the split-o-meter on beam.

“We’ve seen great success this season with our on-air graphics, especially with the new scoring graphics we utilized at the SEC Championship in March,” ESPN senior managing producer Nick Rud said. “As ESPN continues to grow its gymnastics coverage, we want to be creative with how we present the action on the competition floor. The tech tools and scoring graphics help us inform our viewers while providing our production team with the opportunity to be innovative.”