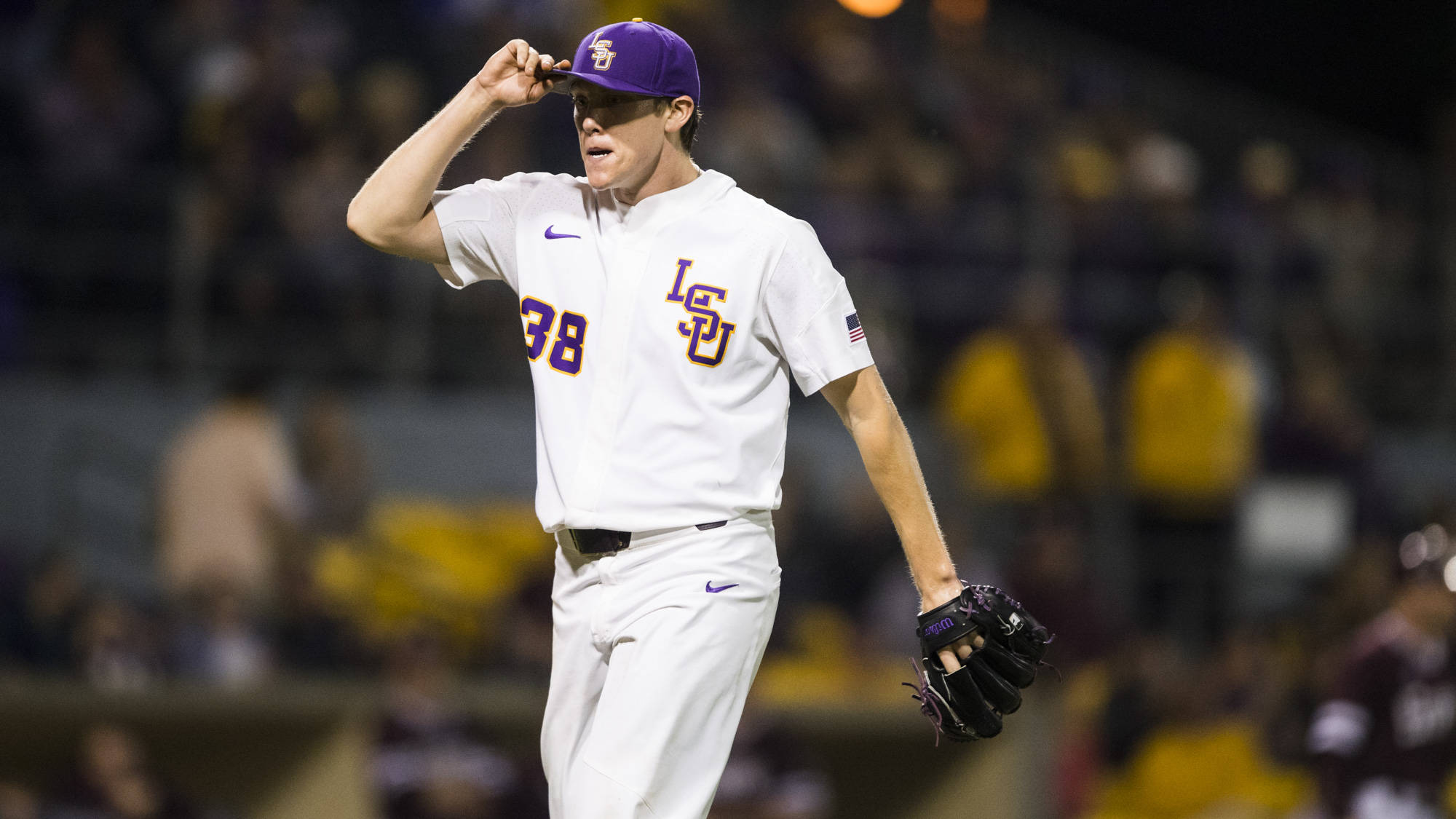 RANKINGS
LSU – No.18 by Baseball America; No. 18 by Collegiate Baseball
South Carolina – unranked

QUOTING PAUL MAINIERI
“I think overall our players feel good about themselves; everything is right there in front of us. This is obviously a big weekend, and it’s a great environment at South Carolina. It’s been a great rivalry between two schools that have a lot of history in college baseball, and I’m sure our guys are going to be very excited about playing there this weekend. We’re going to take these games this weekend one at a time and see what we can do.”

ABOUT THE TIGERS
• The Tigers are No. 18 in both this week’s Baseball America and Collegiate Baseball polls, marking the 124th consecutive week the Tigers have appeared in a Top 25 poll … LSU has been ranked every week since the beginning of the 2012 season.
• LSU is 9-6 in the SEC after last weekend’s series sweep over Tennessee, and the Tigers are one game out of first place in the Western Division behind Arkansas.
• The Tigers are No. 4 in the SEC in team batting average (.296), and the LSU hitters have the fewest strikeouts in the league (220) … LSU is No. 10 in the league in team ERA (3.92).
• Junior second baseman Brandt Broussard returned to the LSU starting lineup on Wednesday night at Tulane after missing 13 games with a broken thumb … Broussard has the second-highest batting average on the LSU squad, as he is hitting .345 (29-for-84) with three doubles, one triple, 16 RBI, 14 runs and 10 stolen bases in 11 attempts … Broussard was 0-for-4 in Wednesday’s game at Tulane, but he scored two runs and recorded a stolen base.
• Senior second baseman/right-handed pitcher Austin Bain led LSU to a 4-0 record last week, earning SEC Co-Player of the Week recognition … he batted .500 (9-for-18) with two doubles, two runs and eight RBI … Bain also earned a save in LSU’s 2-0 win over Louisiana Tech last Tuesday night … in LSU’s three-game SEC weekend sweep over Tennessee, Bain hit .533 (8-for-15) with two doubles, two runs and eight RBI … he was a catalyst in the Tigers’ thrilling comeback win over Tennessee on Sunday, providing a two-run double in the bottom of the ninth inning to draw LSU within one run and set the stage for the game-winning hit two batters later … in last Friday night’s win over the Vols, Bain produced career-bests of four hits and three RBI.
• Sophomore right-hander Zack Hess earned an SEC win for the third straight weekend, defeating Tennessee last Friday night … Hess limited the Vols to one run on three hits in seven innings with one walk and eight strikeouts … he improved his recorded to 6-3 this season and increased his strikeout total to 68 in 53.1 innings … Hess is fifth in the SEC in strikeouts (68) and fifth in opponent batting average (.195) … in his last three starts – wins over Mississippi State, Texas A&M and Tennessee – Hess is 3-0 with a 0.83 ERA in 21.2 innings, and he’s allowed just two earned runs on 10 hits with eight walks and 23 strikeouts in that span.
• Freshman right-hander Ma’Khail Hilliard improved to 7-2 this season with a win over Tennessee last Saturday night … he worked six innings, limiting the Vols to three runs on five hits with one walk and six strikeouts … Hilliard’s cumulative ERA is 1.75, the third-best mark in the SEC … he is No. 2 in the league in wins, and he is No. 6 in the conference in opponent batting average (.200)
• LSU coach Paul Mainieri has 1,400 wins in 36 seasons as a collegiate head coach, and he has become just the fourth active NCAA Division I coach to reach 1,400 career wins … Mainieri is also just the 13th coach in the all-time history of NCAA baseball to reach 1,400 wins, and the 10th all-time in Division I only … Mainieri’s 36-season career record currently stands at 1,400-708-8 (.664), and his record at LSU in 12 seasons is 536-216-3 (.713).